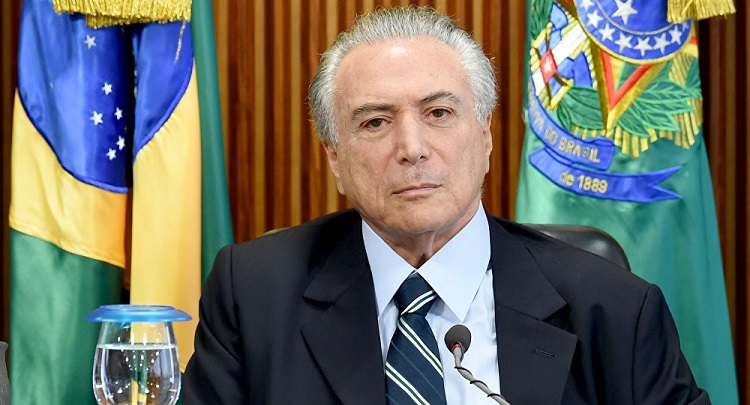 The Khazarian corporatists working behind the scenes in Brazil succeeded in dividing the nation in their favor by installing a Wall Street friendly Vice President Michel Temer at the helm. This covert coup should allow them access to vast energy resource that is until now controlled by the government of Brazil. This successful coup should […]

by Alexa Erickson, Collective-Evolution Who doesn’t love chocolate? Americans sure do. In fact, the average American citizen eats over 11 pounds of chocolate each year. But there’s a downside to this sweet treat beyond simply questionable ingredients. Many of us purchase our chocolate without thinking about who made it, and that’s a problem, since a variety…

via Stop Supporting Child Slavery By Avoiding These 7 Companies —

Date of discovery: May 2016Location of discovery: Hoeven, Netherlands, This crop formation was found in the Netherlands this week and seems a bit off balance. I notice that one of the L shaped arms stinking out is different in shape than the other on its opposite side. Perhaps an indication that it was made by people and not aliens or maybe it…

We would like to clarify a few things. We have noticed that some of the posts have been shared with the tag of “ET” and “Alien.” We wish to dispel this concept, as we are Earth humans, originally from this planet. We have posed as ETs in the past, to hide our civilization; but we are human, as you are. The only difference is that we have progressed into 4th density, and we have learned techniques and skills that come with that. We would also like to clarify that we are not channeling per se, as we are not in another dimension either; we are inside Mother Gaia and are only using simple telepathy for this communication.

We would like to share more details that many are eager to hear about us. We understand that many are curious as to the possibility of our existence without your knowledge. For us, it has been fairly easy, as our advanced state allows us to use cloaking technologies to remain hidden. We have advanced space travel as well, and we have cultures in other star systems that have been thriving for many millennia. Much of the technology we use is considered advanced to the surface population, and we will release much of it in the near future, once we reveal ourselves officially.

We would like to share some of the silent conversation we had with the triangle head being that Corey Goode has disclosed. For background, for those unaware, we have known of higher density beings that we have called “The Guardians.” We have known that they have provided assistance to us at times. We have desired communication with them for eons, but have not had any. Through Corey Goode, we have had a meeting with them, and we were provided much information. We would like to share some of this with you, as it will help you to understand our perspective.

We have already influenced the surface population greatly with our contributions in the distant past, and we intend to assist further in the current era, as we are now in a time of change. We can and will provide assistance to you in terms of technology, spiritual, psychological, and scientific contributions. We have seen you struggle to understand your world, as your limited consciousness has hindered your understanding of the truth. We intend to assist in many ways to uplift your culture and help you to understand Ascension.

We were told that the entire spectrum of densities will ascend with you, so all will benefit when you ascend. Since we are closest to you in terms of densities, and we are also Earth humans that have endured much of the same steps as you, we are in the best position to assist. The Guardians have facilitated this meeting and the beginning steps to open this communication, and they are also providing the much needed assistance in buffering the energies that would otherwise create mass extinction on the planet. Together we are working to assist humanity to ascend and throw off the chains of enslavement by the dark ones.

We plan to begin with these type of communications, and slowly seed the population with our assistance. Through this channel and many others, we have already begun this process, though this is one of the first that has gone public with it. We will release more substantial information privately to those of you who desire this type of work. We wish to caution those that open to us to be aware of the quality and content of the message received, as we are not the only ones attempting to influence telepathically. Just know that anyone with a strong connection to their intuition and their higher self will not have any issues.

Many have been unsure of their place in this change and have been waiting for events to occur. We want to encourage all to take part, even if you are not called to communicate with us, we encourage inner work in visualization and creation. Take part in group meditations, take part in personal meditations. Understand that all the inner work you can do will help immensely in the outer reality. We also would like to encourage a high vibrational diet and proper exercise, as the physical vessel is obviously a major part in this transition.

Most importantly, follow your passion in any way you can. If you are an artist, for example, and have been hindered from creating, find whatever way you can to create, even in small ways. This can apply to any passion. Take any small steps you can at the moment; do not wait for major events to start. All can take small steps now, even before the abundance is unleashed to all of humanity. Those that take small steps now, have a head start, and will become the examples for many to follow.

We would like to complete this message with a heartfelt thanks for the acceptance of our messages. This channel was originally very uncertain of this work, and does not desire to be in the public about this; hence the anonymity. These messages have been graciously received by the community and we thank you for your welcome. This was also a test for us to judge the state of the community, and the response has convinced us that we are indeed on the right path in this work, and we look forward to further collaboration with the surface population.

An alleged photo of a flying saucer landing on the flight deck of an aircraft carrier is genuine, according to William Tompkins, a retired aerospace engineer who had a four decade career with leading U.S. corporations up until 1984.

Tompkins career began with service as a Naval Intelligence operative, from 1942 to 1946, where he provided intelligence briefings to select U.S. aerospace corporations about antigravity spacecraft being secretly developed in Nazi Germany.He has supplied several documents supporting his claims that he was assigned such a covert mission and operated out of Naval Air Station, San Diego.

Tompkins discussed the photo in a radio interview on May 4, and claimed that it was taken from one of what were regular incidents on U.S. Navy aircraft carriers – landings by friendly “Nordic extraterrestrial UFOs”:

It’s one of quite a number of Nordic extraterrestrial UFOs that have landed on US Navy aircraft carriers. And what you’re looking at . . . You’re looking at it from the bottom of the bridge of the carrier because those older ones were much further forward than the photographs you’ve got later on.

Tompkins explains how the extraterrestrial craft would land, and transport the admiral of the naval battle group up to the mothership in space to hold discussions with commanders of a “Nordic Space Navy”.

It’s a long story. They came from one of their starships. So they came down to talk to the admiral that’s the commander on that particular battle group. And they did their other program and their meetings and our admiral left with the captain taking over the ship and some other people and they took off in that vehicle and they went back out to the mothership. And, of course, they brought them back later…..