Five years ago, political lobbyist Jack Abramoff shocked the nation when, in a 60-Minute Report, he revealed just how corrupt the U.S. political system really is. As it turns out, it’s actually worse than most critical outsiders could have imagined. Now, the downfall of yet another high-powered corporate lobbyist is shedding light on tactics used… 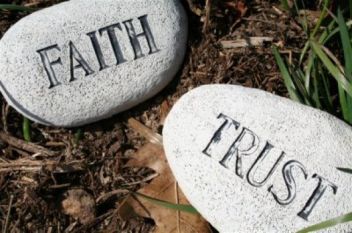 Faith and trust seem to be the two most challenging words for you to understand. Faith is trusting what you cannot see, trust is having faith in what can. ~ Creator https://thecreatorwritings.wordpress.com/2017/03/16/faith-trust/ Category: The Creator Writings

Jeshua via Pamela Kribbe: The Dance With Darkness Dear friends, I am Jeshua. I greet you all. I am with you as a like-minded friend, an equal. Accept me as your brother. I want to be with you and to…Read more

Angelic Guides via Taryn Crimi: Starve your Fears by Feeding your Dreams Today we would like to focus your attention upon the power of your thoughts. Certainly many of you are aware that your thoughts are the driving force that…Read more

BenjaminFulford World Freemasons gather in Tokyo to select new leader and golden age dawns The world’s freemasons are gathering in Tokyo this week and next to select a new world grandmaster, according to Japanese military intelligence. The meetings will start this week at the Freemason underground complex near Tokyo Tower and will conclude with a…

Recent revelations regarding pedophile rings run by and for the rich and powerful show that these are not isolated incidents and part of a systemic, global problem targeting defenseless Children.

Pedophilia scandals continue to emerge around the world year after year while the corporate media and law enforcement agencies alike fail to treat the sexual exploitation of minors as a global, systemic problem. As the number of child abuse scandals involving the rich and powerful continue to grow, it is becoming impossible to cover up that these instances of child sexual abuse and exploitation are globally organized and often run by the very same people who greatly influence society and politics. The entertainment industry, powerful political centers, and even organized religion have been shown to be major centers where this horrific abuse has been enabled and widely accepted among the “elites” and other powerful individuals that dominate these institutions. What follows are several examples of the widespread depravity practiced by some of the world’s most powerful people……….

(Natural News) The following letter from EPA scientist Marion Copley (now deceased from cancer) has surfaced in the unsealed court documents originally uncovered by U.S. Right to Know and posted in plain text at this Glyphosate.news document page.

The original PDF of this document is found at the USRTK website, with a backup copy archived at Natural News.

In this letter, EPA scientist Marion Copley begs Monsanto “mole” Jess Rowland to do his job and protect the public rather than protecting Monsanto’s profit interests, saying, “For once in your life, listen to me and don’t play your political conniving games with the science to favor the registrants. For once do the right thing and don’t make decisions based on how it affects your bonus.”

She also accuses Rowland and another EPA scientist Anna Lowit (still with the EPA) of engaging in science intimidation tactics to force EPA scientists and bureaucrats to change their conclusions in favor of Monsanto. “You and Anna Lowit intimidated staff on CARC and changed MI ARC and IIASPOC final reports to favor industry,” says Copley. This tactic, by the way, is 100% aligned with the deeply evil corporate culture at Monsanto, which routinely engages in intimidation legal tactics, science intimidation and character assassination campaigns against anti-Monsanto activists.

Copley further warns that EPA scientists are likely being bribed by Monsanto, saying, “Your Nebraska colleague took industry funding, he clearly has a conflict of interest. Just promise me not to ever let Anna on the CARC committee, her decisions don’t make rational sense. If anyone in OPP is taking bribes, it is her.”

Marion Copley signs off with a plea for humanity, knowing that she is nearing death but wanting to help save humanity from the toxic chemical “holocaust” being pushed by Monsanto and a criminal EPA:

I have cancer and I don’t want these serious issues in MED to go unaddressed before I go to my grave. I have done my duty.

Read the full letter to Jess Rowland (the “Monsanto mole” inside the EPA) from Marion Copley (now deceased, former EPA scientist) to get the full picture. Read the entire unsealed court document that includes this letter at this page on Glyphosate.news.

Glyphosate.news has published the full text of the court document “Motion to Compel Deposition of Jess Rowland.”

Also published on Glyphosate.news is this heartbreaking letter from a dying EPA scientist begging her colleagues to stop lying about the dangers of glyphosate.

Continuing with the full disclosure of these court documents — originally acquired by U.S. Right to Know — Glyphosate.news has now published the full text of the “Third-Party Discovery and Pending Motions to Seal” document.

Some of the more interesting highlights from this document include these passages:

Monsanto has trumpeted reports generated by the Environmental Protection Agency (“EPA”) concluding that glyphosate is not hazardous… In this phase, which is limited to “general causation,” the Court will decide only whether there is sufficient admissible evidence that glyphosate and/or Roundup is capable of causing cancer (specifically, Non-Hodgkin’s Lymphoma) in humans………….

Ever since Trump took the White House, the establishment has been dredging up old Russophobic fears to attack anyone who doesn’t toe the party line. It seems like anyone in power who offers a different opinion, is immediately labeled a Russian agent, and accused of having ties to Putin. These accusations are now being thrown…