by Matt Agorist, TFTP It’s become a near-weekly occurrence. Somewhere in some state, the FBI will announce that they’ve foiled yet another terrorist plot and saved lives. However, as the data shows, the majority of these cases involve psychologically diminished patsies who’ve been entirely groomed, armed, and entrapped by FBI agents. Simply put, the FBI manufactures…Read more

What exciting times are coming your way! Some may view them with doubt, fear and trepidation. Others may view them with excitement, joy and anticipation. Regardless of how you see it, there are great changes in the works and on the way! Now, my love, it is time to remind yourself of your breathing, to stay…

Declassified files are useful in a world where truthtellers and open-minded investigators are shut down, censored and accused of being “conspiracy theorists.” Our world is fast becoming a digital censorship grid, where corporate technological behemoths like Google (who own YouTube) and Facebook rig algorithms (which control search engine results and news feeds) to elevate the information they want you to see and bury the information they don’t want you to see. Amazon too is part of this emerging multinational corporate technological oligarchy, and you may remember they have been caught censoring books in the past (such as No One Died at Sandy Hook by Jim Fetzer) by forbidding them to be sold on their platform. The handy thing about declassified docs is that they are genuine pieces of evidence that prove governmental criminality. It’s hard for naysayers and censors to deny the authenticity of governmental declassified files which show that our history is full of conspiracy fact, not conspiracy theory.

With that in mind, here is part 1 of a list of 20 declassified files (most from the US Government) proving the very real crimes it has been engaged in, spanning a variety of areas including forced sterilization, mind control, weather modification, false flag operations and igniting war. The documents speak for themselves…..

Editor’s Note: This article first appeared in the Oct 2015 edition of TTAC’s Heroes Against Cancer newsletter. There are a multitude of diseases, each with its own fancy-sounding diagnosis and corresponding drug. But as a doctor, I can tell you that virtually all major health conditions stem from one primary cause: chronic systemic inflammation. It’s…Read more 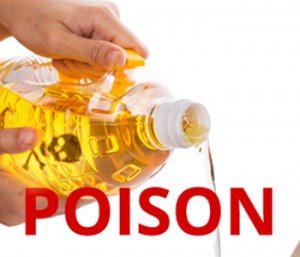 via Arcturian Council: Massive Changes Start with You — Era of Light

By: GoodNewsNetwork Amongst the many initiatives that have been taken to save the dwindling elephant population, these drones might be the most impressive. Elephants are notorious for wandering away from protected spaces and national parks in search of newly-grown crops. One hungry mammal can be devastating for a farmer’s crop, leading some to throw stones or attack the…Read more

Credit: @chancetherapper, @ver.visuals/ @nicosirridge When it comes to philanthropy in Chicago, one of the icons now known for such giving in the city is Chance the Rapper, who grew up in Chicago’s South Side. This area is notorious for gangs, violence, drugs, and a slew of other criminal activities, but perhaps the most damaging effect…