Here is the October monthly update Cobra interview by Prepare for Change. The transcript and the audio version are available here:http://prepareforchange.net/2017/10/18/cobraprepare-for-change-october-2017-interview/You can submit questions for the next interview here: http://prepareforchange.net/cobra-questions&nbsp; We are getting far more questions that can be answered in a one-hour interview. We will ask as many Cobra questions as can be answered…Read more

This is a very impressive editorial by Mel of Truthstream Media talking about her experiences of waking up to the TRUTH of reality. This is something I think many viewers of AscensionWithEarth can relate to and recommend for your viewing.~AWE https://youtu.be/tXNT86HzQEM Truthstream Can Be Found Here: Website: http://TruthstreamMedia.com

We have taken the steps that we can take to bring more of our essence to your world, and now that we feel a great number of you are allowing that essence to be absorbed into your energy fields, all we can do is wait. All we can do is wait, but we don’t have to focus on the fact that it will take some time for most of you to receive all of the gifts that can be delivered through our essence.

Now, when you decide that you want to create something on your world, in your life, you put out the thoughts, words, vibrations, and even take some action towards bringing you the experience that you want to have. When you focus on the lack of immediacy that you experience in receiving that which you want, you push it away.

You don’t have to focus on how long something is taking to come to you. That is a choice, and you don’t have to keep doing processes, and exercises, and meditations to make it happen sooner. You do have the option of living happily ever after, even before that which you want comes to you. You do have the option of living in the now moment and exercising your free will to explore everything that you can about your current reality.

Nationwide human trafficking busts captured cops and high-level military, and more than 80 children were rescued, one of whom was only 3-months old….Read more 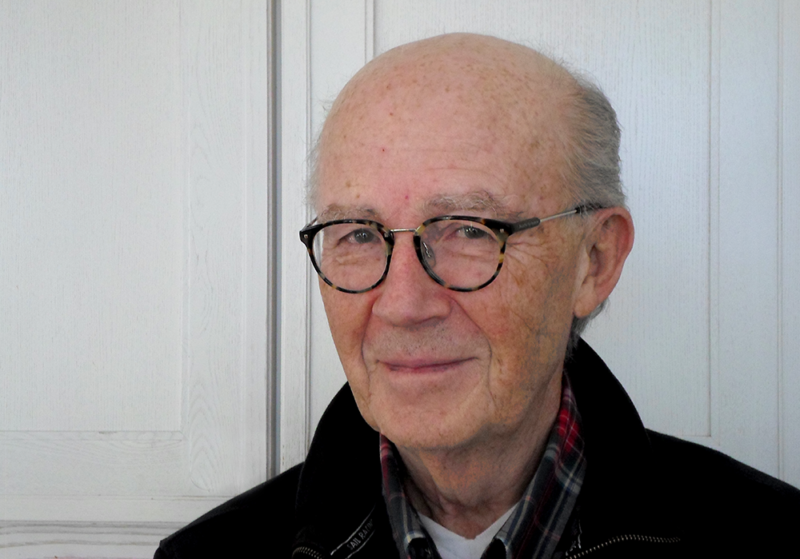 The Khazarian mafia’s rule by murder, blackmail, bribery, and propaganda is being systematically dismantled in ways that can no longer be denied.

These fanatics, who wish to force human history down a path to destruction based on ancient books, have failed yet again in recent efforts to start World War 3. This was seen in North Korea, in Kurdistan, and in Iran as their increasingly desperate gambits are checked at every corner.

In the case of Iran, U.S. President Donald Trump was threatened and blackmailed into renouncing the nuclear deal with Iran, but facing opposition from the military as well as top allies, all that Trump could do was to appease the Khazarians with bellicose rhetoric. Even Trump’s rhetoric was met with a statement by the leaders of top U.S. allies the UK, Germany, and France contradicting Trump’s claims that Iran was breaking the nuclear deal.

The statement read in part that the deal “was unanimously endorsed by the UN Security Council in Resolution 2231. The International Atomic Energy Agency has repeatedly confirmed Iran’s compliance with the JCPoA through its long-term verification and monitoring programme.”

In other words, they were telling Trump not to start a war based on lies. This is something I have never seen the like of in many years of watching diplomatic statements.

In fact, the only country to support Trump’s bellicose rhetoric was the rogue Khazarian slave state of Saudi Arabia. In any case, Saudi Arabia’s satanic rulers are about to lose their main protector, as Israeli police close in on satanic pseudo-Jewish Israeli leader Benyamin Netanyahu.

The attempts by the Khazarians to use North Korea to start World War 3 are also failing. Last week two senior Japanese politicians made a secret visit to North Korea to negotiate a summit meeting between Donald Trump and North Korean dictator Kim Jong Un when Trump visits Asia in November, according to a source close to the Japanese imperial family.

This meeting, if it takes place (a final decision is pending), would probably pave the way for a peace deal as well as reunification of the Korean Peninsula. However, an even bigger announcement than that may also be in the works. According to senior Pentagon and Asian Secret Society sources a decision to

establish a de facto World government is also being negotiated at the highest levels. This would not be the Khazarian plan for a totalitarian New World Order controlled by Khazarian gangsters. Instead, it would involve democratically revamping the existing international architecture so that real world peace and prosperity would be possible for the first time in human history.

Henry Kissinger is definitely involved in these discussions, having been shuttling secretly between China, the U.S. and elsewhere on some sort of high-level task, several sources agree. Last week the White House issued a press release after Kissinger met Trump for the third time since he has become president. It read in part (in the usual Kissinger turgid prose) as follows:

“I’m here at a moment when the opportunity to build a constructive, peaceful world order is very great. And the President is leaving on a trip to Asia, which I think will make a big contribution to progress and peace and prosperity.”

Asian secret society sources confirm that the Chinese government is also discussing a new world system at their big, once-in-five-years congress which convenes on Wednesday.

The reason such discussions have taken on great urgency at this point in time is, of course, the de facto bankruptcy of the Khazarian-controlled, ten square-mile Washington, D.C. regime (not to be confused with the Republic of the United States of America).

The White Dragon Society has advised the Asians not to allow the Khazarians to use threats of all-out nuclear war to extort money needed to continue their criminal enterprise. It was explained to them that the U.S. military would never allow the Khazarians to destroy the planet when the alternative was a plan to clean up the U.S. and remove the criminals who have seized power there.

In any case, the removal of the Khazarian mobsters from all levels of power within the U.S. continues at an undeniable pace. The latest target is Hollywood. Here is how Pentagon sources summed up the actionthere:

“Hollywood is under global assault as the Academy of Motion Picture Arts and Sciences voted overwhelmingly to expel Harvey Weinstein (HW) in an unprecedented move, and may even seize his Oscars,” the sources say. In addition, British Prime Minister Theresa May “may be forced to revoke HW’s Commander of the Order of the British Empire (CBE), and [French President Emmanuel] Macron is stripping his Légion d’Honneur, as the FBI and the New York, London, and French police close in,” the sources note.

The public accusations against HW have “opened the door not just for women to come forward, but also men and children who were groped, raped, or molested in pedowood,” they continue. In other words, the purge of Hollywood has only just begun.

“Jewish privilege is now history, as HW was prevented from fleeing the USA, and his eponymous company may soon shut down, where major studios, TV networks, talent agencies, Apple, Amazon, Goldman, and hedge funds find him toxic,” one source pointed out.

“The Jewish mafia is finished, as the culture war extends from fake news, to the NFL, to Hollywood, to the Ivy League, and to every level of Jewish power as a prelude to mass arrests and a Global Currency Reset,” the sources say.

The world economic system is going to have to have some sort of reset anyway, whether world leaders like it or not. As many top experts have pointed out, Western financial markets have ceased to function as rational allocators of investment and instead have become propaganda boards for central bank money printing. No matter how much the Khazarian-controlled, privately owned central banks try to deny reality, reality always catches up and some sort of horrific market event is inevitable, even if the exact timing cannot be predicted.

China is also experiencing a real estate bubble that is worse than Japan’s bubble that burst in the early 1990s. At the peak of Japan’s bubble, home prices were 20 times annual household earnings. In top-tier Chinese cities, prices are now at 50 to 100 times annual wages, meaning that in some cases it would take 200 years to pay off a loan even if 50% of income were spent on mortgage payments. In Japan, commercial real estate prices fell to one-twentieth of their bubble peak. China, with its stagnant population and huge increases in new housing stock, is going to have to deal with a worse situation, whether they like it or not.

In other words, it is going to take a total reset of the economic system, accompanied by a jubilee—a one-time writeoff of debts and redistribution of assets—to fix this situation.

In order for that to be possible, though, it is probably going to require men with guns to remove the very top layers of Khazarian mafia control at the P2 Freemason Lodge in Italy and at Zionist central in Zug, Switzerland. A good place to start would be with the most visible P2 leader—Pope Francis.

The NSA has recordings of former top Jesuit Peter Hans Kolvenbach taking credit for the March 11, 2011 Fukushima nuclear and tsunami mass murder event and claiming he was Satan. If the Pope does not make this public and seek forgiveness for his Church, he will be an accomplice to mass murder. As such, a bounty will be put on his head to ensure he is arrested and faces justice. Confess, Francis.

Speaking of Fukushima, last week this writer received a visit from Hirokatsu Kinoshita, MD, PhD, who operated a clinic 20 kilometers from the Fukushima nuclear plant. Kinoshita, who specializes in cancer, bought sophisticated radiation detection equipment and systematically tested Fukushima plant workers after the tsunami and nuclear event. He says that in two years of testing he failed to find any radiation or a single person suffering from radioactive poisoning. This fits perfectly with the evidence we have provided to the proper authorities showing that Fukushima was caused by nuclear devices drilled into the seabed offshore.

It also means the $190 billion the Japanese government has been spending “cleaning up radiation” is really being used as a part of a massive bribe campaign by the Khazarian mob to keep its puppets in power in Japan. This cannot continue without consequences.

A gentle reminder that the forces pushing for an end to satanic Khazarian rule have access to enormous power was given last week in the form of an earthquake swarm at the island of La Palma in the Atlantic Ocean. If earthquakes cause a rockslide into the ocean at La Palma, a 100-meter tsunami will hit the East Coast of the U.S. and the South Coast of Europe.

These same forces also demonstrated they have the power to redirect celestial objects to earth with the pre-announced Chelyabinsk meteor in 2013. The NSA has the relevant recording of the warning given to the Gnostic Illuminati prior to this event.

As a final note, members of Russian special forces contacted the White Dragon Society to inform them they had used a tactical nuclear weapon to blow up an illicit nuclear weapons development laboratory in Accra, Ghana. This event was reported in world media as a “gasoline stand blowing up.”