(Natural News) In order to discourage people from believing in God, and instead have them put all their faith in the godless state (atheism), scientists for more than a decade now have been toying around with a so-called “fundamentalist vaccine,” also known as “FunVax,” that they claim will rid people of their “God gene” and….Read more & video

via Vaccines are a WEAPON to destroy the body and mind – watch at REAL.video — NaturalNews.com

Payment processor PayPal has banned Infowars in what represents nothing less than a political ploy designed to financially sabotage an influential media outlet just weeks before the mid-term elections. (Natural News) (Article by Paul Joseph Watson from Infowars.com) Company representatives called Infowars yesterday to confirm that PayPal was terminating its agreement after “a comprehensive review…Read more

via PayPal bans InfoWars after lobbying by Soros-funded group — NaturalNews.com

via Massive October Surprise Coming – The Enemies Within Are Being Exposed As President Trump Prepares To Take The War Against The Deep State To The Next Level — NaturalNews.com

The word “Agartha” is of Buddhist origin. True Buddhists fervently believe in this subterranean empire, which they say has millions of inhabitants and many cities, including the capital Shamballah, where a Supreme Ruler dwells. They believe the Dalai Lama is his terrestrial representative, and his messages are transmitted to the lamas for thousands of years, These terrestrial inhabitants have lived here, sheltering humanity after terrestrial cataclysms.. The Russian artist, philosopher, and explorer, Nicolas Roerich, published that a Tibetan lama revealed the capital of Tibet was connected by a tunnel with Shamballah, the heart of the Subterranean empire of Aghartha. And that the entrance of this tunnel was guarded by lamas who were sworn to keep its actual whereabouts a secret from outsiders those who are led through this underground passage travel deep into the earth through areas where it becomes so narrow, it can be difficult to pass through. A note in passing that Q Anon appears to acknowledge the existence of our star family in this exchange:

Consider the vastness of space.

No, we are not alone, and, yes, anything can be found in the vastness of space.

Did NASA fake the moon landings? Have we been to the moon since then? Are there secret space programs? Is this why the Space Force was created?

Programs exist that are outside of public domain.

The moon landings were real. … uhhh … depending on which moon landings you’re talking about. The ones that go on outside the public domain are the really interesting ones. We’re on the moon and Mars, etc. We fly all over the place in fast ships … well, comparatively speaking (1) … and have been since at least the early 1970s.

No American president since Kennedy has been willing to talk about extraterrestrials, lest, as Bill Clinton said, they end up like the young president.

Now here is Q, who keeps showing us evidence that he’s right there beside Trump (the coordination of time stamps, for instance) and he’s talking about extraterrestrials. This is as good as it’s gotten.

Better to come, undoubtedly. This is for me a hopeful sign.

(1) We’re the horse and buggy of outer space. Here’s how Adamu described our secret space fleet:

“Please, take a second. Try to think. If we are able to surround your planet with millions of ships of living light. If we are able to bring ships across thousands of light years in an instant. If our consciousness resides outside of space and time. If we can manifest a ship many miles across by desire alone. If we can defeat a warring enemy without ever attacking them. If we can disable your nuclear devices without touching them. If we can balance your planetary magnetosphere. I could go on and on.

“The point is, if we can do all these things and so much more, do you honestly think your Earth cabal’s tin toys and party favours are going to get in our way? They are not.” “(Adamu Speaking,” Sept. 29, 2008, at http://tinyurl.com/yde2bpn.)

They look pretty impressive to us (like the Aurora TR-3B, pictured below), but not to the men and women upstairs. Each year the International Day of Peace is observed around the world on 21 September. The General Assembly has declared this as a day devoted to strengthening the ideals of peace, both within and among all nations and peoples.

The United Nations Member States adopted the 17 Sustainable Development Goals in 2015 because they understood that it would not be possible to build a peaceful world if steps were not taken to achieve economic and social development for all people everywhere, and ensure that their rights were protected.  The Sustainable Goals cover a broad range of issues, including poverty, hunger, health, education, climate change, gender equality, water, sanitation, energy, environment and social justice.

Sustainable Development Goal 16 “Peace, Justice and Strong Institutions” calls for promoting peaceful and inclusive societies for sustainable development, providing access to justice for all and building effective, accountable and inclusive institutions at all levels.

2018 Theme: “The Right to Peace – The Universal Declaration of Human Rights at 70”

The theme celebrates the 70th anniversary of the Universal Declaration of Human Rights.

The Universal Declaration of Human Rights is a milestone document in the history of human rights. Drafted by representatives with different legal and cultural backgrounds from all regions of the world, the Declaration was adopted by the United Nations General Assembly in Paris on 10 December 1948 as a common standard of achievement for all peoples and all nations.

The Universal Declaration – the most translated document in the world, available in more than 500 languages – is as relevant today as it was on the day that it was adopted.

“It is time all nations and all people live up to the words of the Universal Declaration of Human Rights, which recognizes the inherent dignity and equal and inalienable rights of all members of the human race. This year marks the 70th anniversary of that landmark document.” — Secretary-General António Guterres

The Universal Declaration states in Article 3. “Everyone has the right to life, liberty and security of person.” These elements build the foundation of freedom, justice and peace in the world.

Yet, the Universal Declaration does not include a separate article on “Right to Peace”. This is why we ask you this year:

What does “The Right to Peace” mean to you? Share your ideas with us through #peaceday and #standup4humanright.

In the lead up to the International Day of Peace on 21 September, we call upon all to take action.

You can support SDG 16 Peace, Justice and Strong Institutions by seeking  peaceful resolution of conflict when disagreements arise around you.  You can be part of the solution by taking small steps. You can prevent an injustice at school or in your community by adopting a non-violent approach to problem solving and reporting potential crimes, including online bullying.

You can promote human rights by collecting and promoting videos of as many articles as possible in as many languages as possible. Record yourself reading one of the 30 articles of the Declaration in any of the 135 languages currently available and share your video with your friends.

You can engage by speaking up when others are at risk and stand with others’ human rights at work, in school and around the dinner table.

You can reflect how each of us can stand up for rights, every day.

RT. “The serial numbers found on debris of the Buk missile which downed Malaysian Airlines Flight MH17 over eastern Ukraine show it was produced in 1986, the Russian military said. The projectile was owned by Ukraine, they added.” “There are two serial numbers found on fragments of the missile, which shot down the passenger……Read more & RT video

via RT: Serial numbers of missile that downed MH17 owned by Ukraine — NewsVoice 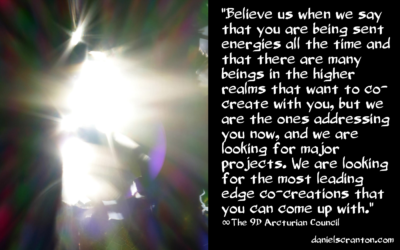 We are extending an invitation to all of humanity, and that invitation is to join us in a co-creative endeavor. We want to experience more of life on planet Earth, and the way that we can have the experiences we want to have is by co-creating with you. Now, we are interested in co-creating with humanity because we see how much potential there is for better living on planet Earth.

And so we can both co-create those experiences with you and enjoy them, as bits of our consciousness will be included in the energies that we sent you. Believe us when we say that you are being sent energies all the time and that there are many beings in the higher realms that want to co-create with you, but we are the ones addressing you now, and we are looking for major projects. We are looking for the most leading edge co-creations that you can come up with.

For example, those of you who want to create a space where beings from other parts of the galaxy can come together with humans and exchange ideas, information, and even resources, a structure that could accommodate beings from other worlds, one that could account for the differences between humans and these extra-terrestrial beings, this is the kind of project we are talking about. We are asking you to think globally and think galactically because that is the type of project that excites us.

Now, we will send you energies that you can utilize for any project at all. We are just indicating to you which ones we would be most excited about participating in and experiencing. Let your imaginations run wild.

We are the Arcturian Council, and we have enjoyed connecting with you”

(A Complete Report will be aired this Sunday September 23 on Here We Stand at www.bbsradio.com/herewestand, at 3 pm pacific, 6 pm eastern and11 pm GMT)

Yesterday, the ITCCS Central Office was contacted by a network of dissident Roman Catholic clergy who on Sunday September 23 will be releasing to the world media a “Legal and Moral Declaration of Non Cooperation” with the Roman Catholic hierarchy. The group, which includes senior clergy and Bishops, has operated clandestinely within the Church since 2014, but is now surfacing publicly. The group has authorized the ITCCS to release its Statement to our affiliates and to assist them in their efforts.

To quote a spokesman for the group,

“The proven murderous actions towards children by the Pope and senior Vatican officials prevents us from associating with them any longer … We are not lobbying for change. We are separating ourselves from that which is not the Church of Christ.”

A complete report and the Statement itself will be announced this Sunday September 23 on the ITCCS public media voice Here We Stand (see above link). Accompanying this report on the air will be updates of a growing revolutionary movement in Ireland, featuring front line activists of the Take Back the City movement.

Please tune in and let the world know of these historic actions. And join us in the global fight for liberty! 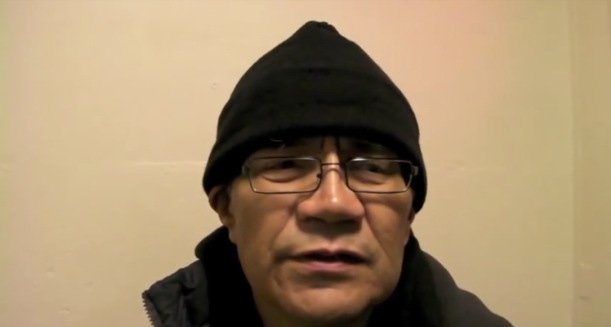 The abduction and abuse of children for unthinkable things from sex slavery to military mind-controlled warfare is something that’s gaining more attention. Revelations seem to be occurring every single day.by Arjun WaliaWe are just hearing about Pope Francis being implicated in a sexual abuse cover-up at the Vatican, all as his right-hand man is also…..Read more & 2 short videos