There is increased activity in the Galactic Center, leading to the final purification of all darkness and to completion of the Galactic network of Light, the Central Race bringing galactic high culture even to such backward places as planet Earth.

The Galaxy is a multidimensional mandala of Light and our Solar System sits at one of the more important intersection points of this mandala. 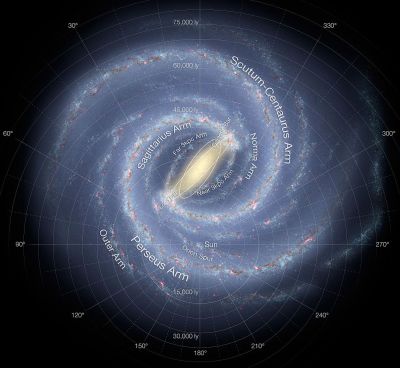 As a result of increased activity of the Galactic Central Sun, the tectonic plates in the Earth’s crust are becoming restless:
https://stillnessinthestorm.com/2018/09/signs-of-shift-the-number-of-global-earthquakes-over-the-last-30-days-is-over-50-above-normal/
And the wealthy “elite” are becoming increasingly afraid of the Event:
https://deusnexus.wordpress.com/2018/07/27/do-wealthy-elite-fear-the-event/
Throughout the Galaxy, in our stellar neighborhood and inside our Solar System, Galactic Confederation fleets are positioning themselves for the final liberation:
http://www.discerningthemystery.com/2018/09/did-hundreds-of-ufos-just-portal-into.html
Unfortunately, the dark forces are masters of deception, and they were able to funnel anomalous plasma from the Galactic halo located in the outskirts of the Milky Way galaxy through plasma filaments (tunnels of Set) into the implants of beings inside our Solar System, since the Archon invasion of 1996 until very recently. This was one of the main reasons for many delays and one of the main reasons why many things went wrong:
https://www.dailymail.co.uk/sciencetech/article-2044260/Better-connected-Huge-cosmic-filament-link-galaxy-rest-Universe.html
Read more at: The Portal

You have been walking with your ghosts for quite some time, dear child.  It is time to take a deep breath, thank and release them with love.  As you move forward into the new society being established now; truth, honesty and integrity will be your guides.  It may be uncomfortable at first but, it is time to step off the well-beaten path into something new and extraordinary.  The courage and  strength has always been there and it will come to your aid now.  Allow the changes…you are worth it! ~ Creator

There can be a tendency in enlightening human beings to think that if they have not reached a certain level of mastery, they cannot be of service. Your growth always serves the whole. Your experiences add to the expansion of both your soul and the planet. You will always be a little further along on the path than others who are just getting started, and have wisdom and encouragement to offer them along the way, just as there will be others to assist you on your journey, as well.

While your learning may be a long and winding road based on what knowledge your soul wishes to remind itself of during this incarnation, ultimately all the seeking will lead to the same place, that of love, compassion, peace, acceptance, and gratitude. It is when you choose to anchor and embody those basics that you shimmer and shine the brightest and contribute the most. Never, ever, underestimate the effect of your beingness, or your simple, loving acts of service, for they are far more powerful and transformative than you could ever imagine. ~Archangel Gabriel through Shelley Young 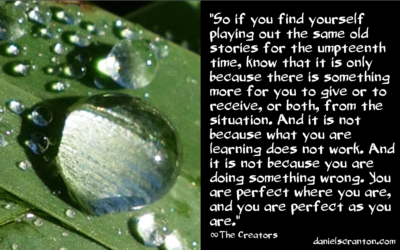 “When you decide that you have had enough of the same ole, same ole, you will then begin to take a different approach. You see, many of you have had the tools for quite some time, and you understand them, you understand how to apply them, but you continue to live the lives you have been living because you still have work to do in those areas. But there will come a time when you no longer wish to continue with what you are experiencing. And in fact, you will no longer need to; it will no longer serve you.

And that is when you will pick up your little bag of tricks and you will put to use what you have learned from us and from others. There is no secret. The secret is out. The fact is anyone, anywhere, now has access to all the information they need to become the person they want to become and to live the life they want to live.

And when it is time for you to really take hold of the steering wheel and guide yourself into the life you have always dreamed of, you will be ready. It will feel easy. And you will take the knowledge you have gathered and put it to very good use. In the meantime, have fun with your little creations and know that everything is temporary. We are in support of you as you become the beings that will support yourselves.”

The World is Manipulated

It is All About Control

The Deep State, through Rockefeller, sought control not merely over oil, and all other emerging new energy sources for world economic advancement, but they also expanded their influence over the education of the youth, medicine and psychology, as well as expanding their control over the very science of life itself, biology, health care, and its applications in the world of plants and agriculture.

For the most part, their sinister efforts have passed unnoticed by the population at large. Few people were aware of how their lives were being subtly, and sometimes not so subtly, influenced by some or other project, financed with the immense wealth of the Rockefellers. Researching this subject, it soon became clear that the history of GMO’s was inseparable from the political history of this very powerful family.

Actually, the story of GMO’s is that of the evolution of power into the hands of the elite, during which time it was determined that they would bring the entire world under their control, no matter what the cost. Decades ago, that power was based around the Rockefeller family. Today, three of the four brothers have long-since deceased, several under peculiar circumstances, nevertheless, in line with their wishes, their project of global domination; full spectrum dominance as the Pentagon later referred to it, had spread, often with the deceptive rhetoric of democracy, and was aided from time to time by the raw military power of the Deep State empire when deemed necessary. Their project evolved to the point where one small power group, nominally headquartered in Washington DC in the early years of this century, stood determined to control all present and future life on this planet to a degree never before dreamed of.

The Rockefeller brothers created the very concept of multinational agribusiness. It is the story of the genetic engineering and patenting of plants and other living organisms.

The satan-worshipping Khazarian mafia is in a frenzy of fear as military tribunals loom. As a result, they are offering the world (as if it were theirs to give) to China in exchange for protection, according to Gnostic Illuminati and Asian secret society sources. In addition to this, they are threatening to unleash pandemics, blow up the Yellowstone Caldera, set off a massive EMP attack, and cause other mayhem in a futile effort (as these attempts will be neutralized) to blackmail themselves out of the reach of long-delayed justice. Also, they are carrying out a foolish and widely derided smear campaign to derail the appointment of Brett Kavanaugh to the Supreme Court.

New home sales disappoint despite prices dropping and having so many houses for sale. Insider selling soars as more and more get out of the market. The Fed is doing what it always does, crash the market, but this time it is being done to reset the entire system. The Fed raises rates once again and they will most likely do it again in Dec or the beginning of 2019. It is all going according to plan.

The deep state is pushing their agenda hard against Kavanaugh, they know that can’t all Kavanaugh get confirmed or they are done for. The deep state pushed their playbook with Rod Rosenstein and it failed. Trump would like to meet with the leader of Venezuela to work everything out. Syria might have already received the S300 missile system. The paid mercenary forces in idlib are training more soldiers. The test of the Presidential Alert system is scheduled on Oct 3 and the confirmation is scheduled for Friday and the full Senate vote will be either on the 2nd or the 3rd. 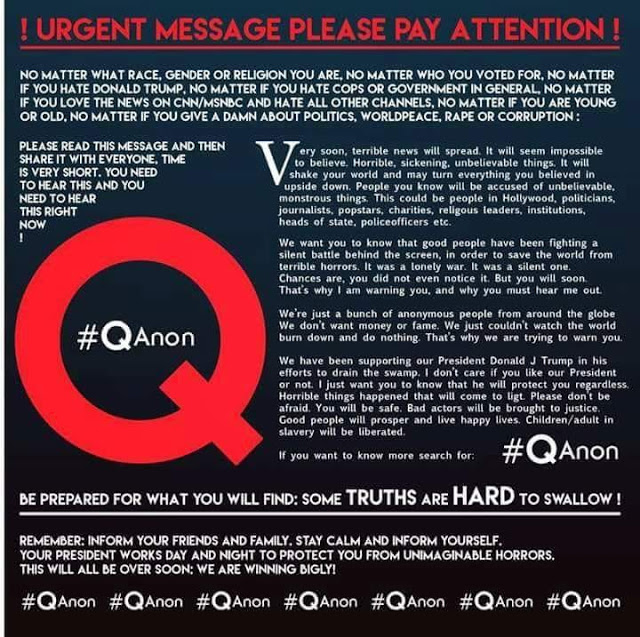 Multiple countries around the world have banned WiFi, and the building of cell phone towers near primary schools and nurseries, among many other places due to the evidence that shows they are not safe and can implicate the health of young children, and adults, in multiple ways. With all of the science that’s emerged over the years, it seems very unethical for the corporations who control this market to continue to manufacture and promote these services in such a manner. Furthermore, government agencies have failed to address what’s happening, despite the fact that hundreds of scientists and thousands of peer-reviewed papers have been calling for it for years.