In this moment, there are many sources telling you that going into fear is your best option.  The message being conveyed to you now is ‘beware, beware, beware’!  In this super-charged atmosphere it may be challenging to find your own way.

Here is a very basic truth – you have a choice.  You have always had a choice!  You can choose to listen to ‘the sky is falling’ side or you can choose to remain at peace.  The Universe realizes the massive changes going on right now make it very tempting to follow the path of the majority, however, it is also asking you to step back and see these things for what they really are.  Take time to quiet yourself and really listen.  The Universe has and always will speak of love.  In the midst of  chaos, find the love and, in doing so, you will also find your peace. ~ Creator

The FBI has refused to declassify 37 pages of materials related to the Uranium One deal, citing national security and the privacy issues, reportsThe Hill‘s John Solomon. The documents are thought to contain information regarding then-Secretary of State Hillary Clinton’s involvement, as well as the Obama administration’s knowledge of the controversial deal.

The existence of the documents became known after a recent Freedom of Information Act (FOIA) release of related material contained an entry entitled “Uranium One Transaction.” The publicly available portion includes benign material, such as public letters from members of Congress who demanded information on the Uranium One approval.

Perhaps the FBI’s unexpected “release” — and I use that word loosely, since they gave up no public information of importance — in the FOIA vault was a warning flare designed to remind America there might be evidence worth looking at.

One former U.S. official, who had access to the evidence shared with CFIUS during the Uranium One deal, said this to me: “There is definitely material that would be illuminating to the issues that have been raised. Somebody should fight to make it public.”

That somebody could be President Trump, who could add these 37 pages of now-secret documents to his declassification order he is considering in the Russia case. –The Hill

William Campbell and the FBI

George Soros has threatened to mobilize an army of activists in Washington D.C. as part of an emergency campaign to kill the Kavanaugh nomination this weekend.

In an email blast sent by the Soros-funded Moveon.org, Kavanaugh is smeared as a “se*xual predator and right-wing anti-woman, anti-LGBTQ partisan,” who must be stopped at all costs.

Breitbart.com reports: In the email, MoveOn.org, which has been massively backed by billionaire George Soros, warned the group’s anti-Kavanaugh plot is set to include “direct actions in Washington, D.C., at Senate office buildings, including busing in constituents from key states.”

The radical organization also wrote in the email it was planning to:

Escalate pressure on key senators, especially Susan Collins. Collins is the key swing vote in this process, and MoveOn is continuing to lift up stories from her constituents, support direct actions in Maine, and purchase ads in her state calling for her to stand with survivors, defend reproductive rights, and stop Kavanaugh.

Hold Republicans accountable. We will not forget their party’s actions at last week’s hearing, their unwavering support for Kavanaugh, and their attempts to discredit Dr. Blasey Ford and others when we head to the ballot box in five weeks. Ending GOP control of Congress and electing people who believe survivors. We will end GOP control of Congress and elect people who believe survivors and listen to women—because the fight for our fundamental rights is essential.

“Will you chip in $3 right now and help support MoveOn’s emergency campaign to stop Brett Kavanaugh?” the email asked.

“If this isn’t a sham investigation, I don’t know what is,” Reich wrote of the wrapped-up FBI investigation which Democrats themselves had demanded despite the Senate already taking statements from key individuals. “In less than a week, Trump, McConnell, and Kavanaugh have managed to make a mockery of the Senate, the FBI, and the Supreme Court,” Reich complained.

The ideologue did not mention accusations that the ranking member of the Senate Judiciary Committee, Sen. Dianne Feinstein (D-CA), deliberately held back for weeks Christine Blasey Ford’s allegation and then deployed the charges for political purposes.

“Beyond that, this charade is an insult to the women of America,” Reich added, failing to mention that the news media’s publication of Ford’s name seemingly doxed Kavanaugh’s female accuser against her wishes. MoveOn.org has taken center stage in opposing Kavanaugh, leading a #StopKavanaugh campaign aimed at mobilizing supporters to call their senators in opposition to Kavanaugh’s nomination.

On Saturday, Politico reported on progressive groups, including MoveOn.org, making a “last-minute push to stop Kavanaugh.”

Besides funding from Soros, MoveOn.org has also been financed by the Tides Foundation, a leftwing sponsorship organization that has itself received donations from Soros and has partnered with Soros’s Open Society Foundations.

Join Dauntless Dialogue, Divine Frequency, Stillness in the Storm, and tens of thousands of others in a mass meditation to thwart occult rituals on Halloween that involve human sacrifices.

This past week has seen three separate  mainstream news reports on the sighting of what may be top-secret US craft from the US military’s ‘black budget’ programs.

These programs have recently come under intense scrutiny as over $21 Trillion have gone missing from the US budget as reported by Laurence Kotlikoff, Economics Professor, in Forbes. Black budget programs are so highly classified that even the US President, who is also  Commander-in-Chief of the US Army and Navy, does not have clearance to access the programs.

Has the USAF’s TR-3B jet been found in Seattle? Video of triangular object goes viral

In baffling footage taken above Seattle, Washington, a craft appears to hover in the air.

It seems to remain completely still and has a clear triangular shape.

The video was captioned: “Triangle UFO or TR-3B filmed in Seattle,” and fans were quick to voice their thoughts.

UFO technology: Has US military built space ship to travel the universe?

Global powerhouses are in a race to get back to the moon, and ultimately to Mars, and conspiracy theorists are speculating the US could be leading the race after spotting something suspicious.

Users of Google Earth have been trawling the online globe to spot any suspicious activity and believe they have found something in New Mexico.

Two triangular crafts have been spotted in the middle of a massive 900 metre circle in the desert of New Mexico.

Incredible footage has captured a bizarre “triangle UFO” flying across the El Paso sky in Texas this week.
The mysterious sighting has been linked to top-secret US technology developed at a nearby military research base.

Online viewers speculated that the aircraft, which has left many baffled, was a TR-3B aircraft, which is part of a “black government project”.
Several sightings of “black project” aircrafts have been recorded close to military testing areas, such as Edwards Air Force Base in California, and United States Air Force Plant 42.

In a scathing report issued this week, researchers with the Science Policy Forum have accused the U.S. Defense Advanced Research Projects Agency (DARPA) of creating a technology—ostensibly used to genetically modify crops with insects—but that could be converted into a dangerous and illegal bioweapon. The current program is being funded by the Pentagon’s darling “research”….Read more 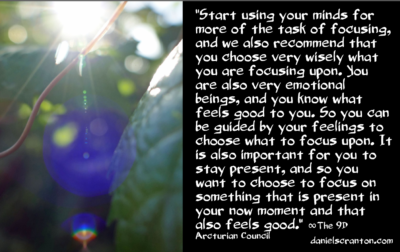 We have an understanding of the way your minds tend to work, and we are here now to help you to get past the loops that you sometimes get in with your minds. Now, everything about you has a purpose, and your minds are no exception. Your minds help you to focus. They help you to come to conclusions and solve problems. What has happened over the years that you’ve spent on Earth is that the mind has become the tool of the ego, and the ego likes to stay in charge.

So when we see your minds being overtaxed, asked to do more than they were intended for, we usually see someone who is very attached to their egoic perspective on life. This is why meditation is so important. It is important for you all to feel what it feels like to be free of the loop that you get in with your minds, and it is necessary for you all to also release the limitations that are built into the mind.

We recommend that you start using your minds for more of the task of focusing, and we also recommend that you choose very wisely what you are focusing upon. You are also very emotional beings, and you know what feels good to you. So you can be guided by your feelings to choose what to focus upon. It is also important for you to stay present, and so you want to choose to focus on something that is present in your now moment and that also feels good.

When you can sense that the mind is creeping in with something to worry about, you can squash that a lot more quickly when you are paying attention to what you’re focusing upon and how you’re feeling. It’s time to hand the keys over to your hearts and to experience life through that perspective. Your hearts are the tools of your higher selves, and when put to good use, they will enhance your life. They will give you an experience of expansion, love, joy, and everything else that you want to experience.

But those of you who already do that are easy to convince. It’s the ones who are stuck in that mental loop that we are finding more challenging, but we will get through to you. We promise.

The fight over Judge Kavanaugh’s confirmation was one for the history books. As will be the arrests that are coming.

It is I your Father God speaking tonight. Children, the Earth in all of her beauty is transforming before your / our very eyes into a breathtaking fifth dimensional template. Children, you do know that means that you are transforming as well. And we hope that you appreciate the joy that I / We, your…..Read more

via Message from Father & Mother God: Love is Everything — Era of Light