As the changes The Universe has given you begin to integrate, you may be feeling and/or expressing the loss of ‘what you were’.  Moving from the old you into the ‘what you are now’ may be challenging.  When you get caught up in the anticipation and excitement of what is coming, you will often forget to allow a grieving time for what has passed.  It may feel odd to mourn the loss of drama or chaos but, remember darling, it served you well…it kept you protected…you felt safe.  As you release it, express gratitude and love.  Without them, you would not be where you are now; living a beautiful life, embracing each new experience in a knowing way and loving yourself the way The Universe loves you! ~ Creator

The Deep State Tribunals have now begun in several locations, according to various insider accounts. David and Elizabeth Wilcock had a huge tree fall in their yard as they were both writing about this civilization-defining change in their own way.

David gives mission-critical updates about the in-process defeat of the Deep State and the energetic process that goes along with it — regarding the Fall of Kings. Right as these articles were being prepared, two huge trees fell into their yard, destroying the fence and nearly breaking the windows. David sees this as a powerful synchronicity and affirmation that we are indeed in “the time of times!”

The long bankrupt fiat financial system is pushing the Deep State to target Venezuela for the latter’s natural resources that dwarfs that of its satellite province Saudi Arabia. However, the age old pretext of “defending democracy” will not fly anymore as the rest of the world no longer tolerate any of these baseless external interference into peaceful countries, which eventually makes failed states out of them.

One can argue that both Russia and China are just protecting their interests in Venezuela when they expressly warned the US intelligence and military to not intervene in the domestic affairs of the targeted country, their mode of cooperation does benefit directly the Venezuelans and is still very much preferable over the many decades of one-sided Deep State plunder of Venezuelan resources, and Latin America at large, prior to the rise of Hugo Chavez…..Read more & video: “US meddling in Latin America: What CNN never let Rick Sanchez report” (11:41)

I recently had the pleasure to speak with host Ryan McCormick of Outer Limits Radio. This was the second time Ryan and I got to talk about topics of current events and consciousness from a conscious media perspective, and this time was just as enjoyable as the first! Read more

The transition is already occurring systematically.

The Cabal and their system is being taken apart piece by piece.

All human trafficking rings are being actively purged.

Prison barges are bringing low to mid-level Cabalists to GITMO where they will face military tribunals.

Depending on their crimes, it’s either the death penalty or a life sentence in GITMO.

Other low to mid-level Cabalists such as mercenaries, scientists, and engineers have been offered to work for the Earth Alliance instead of being sent to GITMO.

The magnitude of the current situation is similar to a military operation to defuse IED’s scattered all over a city.

Each IED (Improvised Explosive Device) is being surgically and carefully defused to avoid casualties and collateral damage.

Alternatively, the devices could be detonated by force but risk collateral damage.

Meaning, the Earth Alliance will remove the Cabal and dismantle their system as peacefully and as secret as possible.

However, the latter is always on the table if the Cabal attempts another false flag attack similar to 9/11.

Major data dumps are scheduled for this year which will expose even more Cabalists and their crimes.

Disclosure is being controlled to reduce the impact of public shock.

Full disclosure will occur after GESARA is complete.

The status of the RV remains dependent on the finalization of negotiated deals between nations.

There is a long list of medical journal editors, doctors and professors on the “outside”, former Big Pharma employees and executives on the “inside”, as well as government officials somewhere in between, who have stepped forward as whistleblowers and acknowledged the fraud.

Money buys favorable research. Period. This is not really surprising, given the history of Rockefeller Western medicine and the fact that Big Pharma’s business model is based on “managing” disease, “treating” symptoms and keeping patients on the hamster wheel, rather than actually healing them completely…….Read more and Videos: “DR. PETER ROST: INFLUENCING THE MEDICAL ESTABLISHMENT – ONE MORE GIRL EXCERPTS” (2:35) & “How Pharma Reps Control Doctors, Confessions Of An RX Drug Pusher Full Interview | The Truth Talks” (26:56)

via Most Scientific Research of Western Medicine Untrustable & Fraudulent, Say Insiders and Experts — Humans Are Free

Register here to watch the new video series, ‘The Healing Miracle: The Truth About Stem Cells’ – FREE! Featuring 50+ of the world’s foremost authorities in stem cell medicine today, this documentary series brings together the latest breakthroughs in regenerative cell therapy, straight from physicians, chiropractors, naturopaths, war veterans, and even cancer survivors – giving you the truth about stem cell science in a straightforward, digestible way.…..Read more

via FREE Documentary Series: The Healing Miracle – The Truth About Stem Cells — Wake Up World 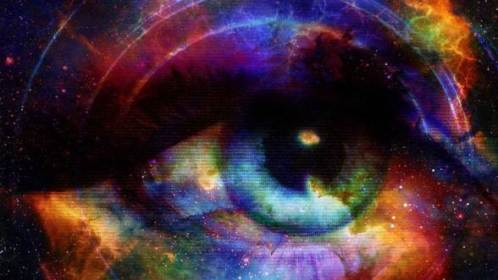 As you are immersed in this new wave of energy, please take time to be consciously aware of your thoughts.  As your manifesting abilities become stronger and move more quickly, cognizance will be of the utmost importance because your life moves where you mind flows.  There may be times when those surrounding you will do their best to sway you from your truth and path…it is up to you to maintain your balance.  There is no shame in asking The Universe for assistance.  It has and always will be there when you need it most. ~ Creator