(Natural News) Google was founded on the corporate motto, “Don’t be evil.” Since then, it seems like Google’s corporate direction has been to be evil in just about every way imaginable, and on a very personal level.

There is nothing more valuable than our privacy and yet, in the tech age, that’s the first thing we lost.

Read more & video: “Does Google Spy On You” (5:13) via Yes, Google has been LISTENING and RECORDING everything you say in your own home through secret NEST microphones — NaturalNews.com

Dear one…as often as you feel you have been left to manage things, move through challenging situations and survive the unimaginable, you have never been without assistance.  You may have forgotten your co-creative power for a moment, you may have thought you had to handle it all on your own but, The Universe has always been by your side, supporting and loving you.  If you are in a dark space, you need to remember that you can and will come out the other side and into the light.  The only question is whether you truly want to or not.  That choice, my love, has always been yours to make. ~ Creator

Source: Your Choice — The Creator Writings

We have begun to explore the different ways in which you all have of reaching out for help. We have been examining the different methods of what you have traditionally referred to as prayer. Prayer is the asking of a benevolent being that the one doing the praying believes is outside of them, and the asking is usually for something good to happen in their lives. Of course, we see all of you praying for each other and for the entire collective, or we see you praying for those who are suffering, having bombs dropped on them, starving, or in the midst of some other type of turmoil or natural disaster.

Greetings dear friends, we are the Arcturian Collective. We notice that many of you are opening up more completely to the energies contained within these words, these messages. And this gives us great joy, for this is an integral adjustment and advancement for your own personal and collective ascension. For as one of you rises up a bit, you extend your vibration for increased vibration to the others, and all benefit. When one of you is in joy, you all benefit. And so when you are in joy, at peace, light hearted, you are benefiting the collective as well. When you rest you allow yourselves to be more completely open and the energies can more completely flow through you with grace and ease, like a summer breeze, and this too benefits the collective. And so we encourage you to rest more, to relax more, to be in joy more. For all of these are also acts of service, for as your expand so do the others.

Shockingly enough, this is the second time secret graves for tortured and raped children have been found nearby the school.

A report out of the Miami Herald detailed the horrific discovery this week: 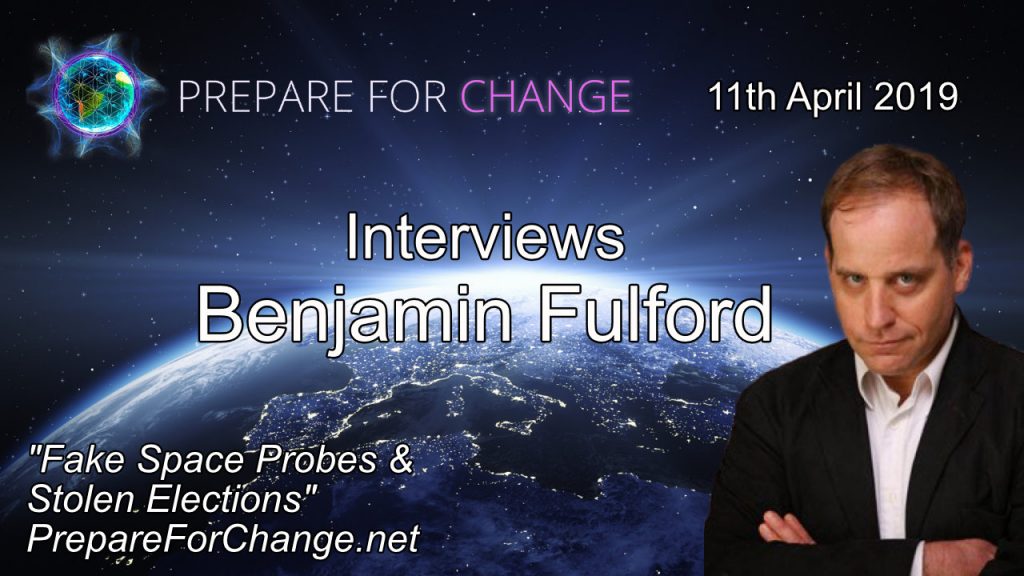 In this episode recorded on the 11th April 2019, we discuss the recent stolen election in Israel, Carlos Slim turning a new card, fake space probes, has Turkey left NATO? and much, much more.

Also, we’ve clearly hit a nerve with some groups and our interview was disrupted when my router was attacked just as Benjamin was about to reveal the real reasons for distractions. It’s within milliseconds of him about to say something and is extremely abnormal. I am going with ALICE the AI, but it could easily be Mossad or another group. It took some time to fault find the problem and it ended the interview early.

The old system IS collapsing and we’re seeing the death throes of the old guard. Until we’re finally fully liberated, we must keep applying pressure to the old system.

Depression is one of the most widely diagnosed conditions of our time, with over 3 million cases in the U.S. every year, and 350 million believed affected worldwide.1 Conventional medicine considers antidepressant drugs first-line treatments, including the newly approved injected postpartum drug costing $34,000 a treatment, to the tune of a 16 billion dollars in global sales by 2023. Despite their widespread use, these drugs are fraught with a battery of serious side effects, including suicidal ideation and completion — the last two things you would hope to see in a condition that already has suicidality as a co-morbidity. For this reason alone, natural, safe, and effective alternatives are needed more than ever before.

What if you could protect your physical, emotional and spiritual wellbeing with all-natural, easy to use herbal remedies? According to plant medicine pioneer David Crow, there’s a vast “pharmacopeia” of protective plants and essential oils which can do exactly that – and he can show you how.…