Possessing the ‘courage of your convictions’ is lauded as an admirable quality. Believing in yourself, your opinions, standing by your truth and having faith you are doing the right thing is a wonder to behold. The Universe would like you to add the ‘courage of your emotions’. Use the same strength and fortitude to show others that they are not shameful but something to be embraced. Knowing that vulnerability, compassion and empathy are just as important as your convictions is a part of living a true life and becoming the whole you are meant to be. ~ Creator

(NaturalHealth365) What do you get when you take a 150+-year-old pharmaceutical powerhouse – Bayer – and allow it to take over a 117-year-old agrochemical company, Monsanto?  For starters, how about a cool $40 billion in revenue for the unofficial president of the big pharma club?

This is exactly what happened last year when the drug company bought out Monsanto.  But even money may not be enough to ease the minds of higher-ups at Bayer, because it turns out that people are pretty upset with Monsanto (and now Bayer) for being behind the cancer-causing weedkiller Roundup. Unfortunately, Bayer’s idea of damage control involves misleading the public.

We have sensed for quite some time that you have achieved a readiness for some new downloads, but understand that these decisions are not left entirely up to us. We communicate with other councils and collectives, and then we approach your higher selves with our suggestions for the next set of downloads. And not every higher self will always be in agreement with those of us in the ninth dimension. So then, we give the downloads to those of you who have granted us permission from the perspective of your higher selves. 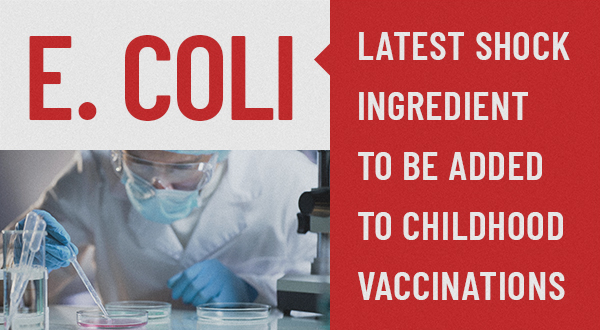 Levels of pollution on some cruise ships’ decks are worse than in the world’s most polluted cities, an investigation by Channel 4 Dispatches has found.

The undercover investigation on Britain’s biggest crew operator P&O Cruises aimed to find out how clean the air holidaymakers breathe when on a ship is.

Savings rate plunges as more people spend their money. People are using their savings, plus credit cards to spend. The experts were wrong again, the shutdown did not collapse the economy. Trump has changed the laws regarding Dodd-Frank and the Volker Rule and the [CB] refuses to follow the new law. IMF warns of slow growth and problems in the middle east. Judge wants Foxx to explain the irregularities in the Smollett case. The 2020 Presidential race has begun and the it is filled with corrupt politicians. MSM pushing the idea that people are not going to vote for Trump in the next election. Trump baits the [DS] and it works, they are all out their panicking now. Aaron Mate goes off on Rachel Maddow conspiracy theories. The patriots are now in control of the news and the govt. The hammer is coming down.

Archaeologists made an astounding find earlier this year in Egypt. A tomb of a Fifth Dynasty official has been unearthed and, not only is the interior still colorful, but the adornments and inscriptions are well-preserved.

The recent massacre of Sri Lankan Christians plus attacks on churches and mosques have turned into a fatal mistake for the Zionists, multiple sources confirm.  In reaction, the U.S. Department of Defense is handling background checks to root out Israeli dual citizens, agents, assets, and sayanim (Hebrew for “helpers”), Pentagon sources say.

Arab and Iranian TV broadcasts throughout the Muslim world have quoted this writer and others as saying ISIS stands for Israeli Secret Intelligence Service.  “Almost all Arabs think ISIS is created by Israel and regional governments,” one prominent Arabian TV personality confirmed.  This means that when “ISIS” claimed responsibility for various recent attacks, the satanic Israeli regime of Benjamin Netanyahu committed international suicide and lost all regional support, especially among Jews (as opposed to satanists pretending to be Jews).