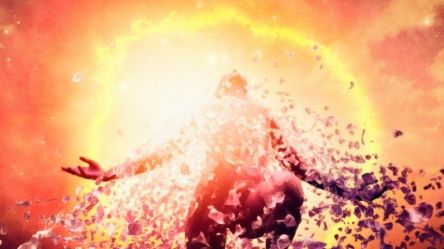 Today you are being invited to really look at what is in your heart? Look closely, my dearest, at the parts and pieces you have
hidden away…bring them into the light and examine them closely! Your heart will dictate the direction your life will move and how you view the world. If there is something you want to change, change it. If you would like to experience something different, then take the first steps toward it.
Releasing the ‘burdens’ of your heart will be extremely important in the next few weeks and months. Any change, however minuscule, will begin to reverberate out into your existence and begin a chain of loving events your Earth plane so desperately needs now. The Universe has faith in and knows you can do this. ~ Creator

Source: A Chain Of Loving Events — The Creator Writings

Embrace All the Activations ∞The 9D Arcturian Council

We have awakened within you a greater sense of the truth of who you really are, because you are part Arcturian, just as you are part Pleiadian, part Sirian, part Andromedan, and so on. You originated from Source, and you are still Source, and Source is all that is, but you have also known yourselves as beings from all across this galaxy and beyond.

Greetings, I am Mira from the Pleiadian High Council currently working with the Earth Council.

You may have noticed that we Pleiadians are becoming more visible. We are stepping up our work with the Ascension Process because we are needed now. We are working through various channels including this one. You will be noticing our presence is increasing. ➡

Thanks to Environmental Health Trust for reporting about New York congressman Thomas Suozzi’s request to the Federal Communications Commission (FCC):

Read more & videos via Start Spreading The News: Another Elected Official Asks The FCC To Provide Documentation That 5G Is Safe —

The tax cuts allowed Illinois to save their pensions, but the MSM did not give credit to Trump or mention the tax cuts. China coming to the US to make a deal, this was setup perfectly. Trump had the LBP taken away from the Chinese. In 2009 the port was sold to China and now that transaction was reversed. Patriots are in control the economy, the power shifts back to the US. NYT broke a story that they got Trump’s tax returns from the 80s and 90s, this was already public knowledge, this is a non-story. Trump uses executive privilege and the Dems voting Barr in contempt. Trump with the help of others has now returned fireworks back to Mt. Rushmore. July 4 we will see the power returning to the people.

Videos via Get Ready For The Fireworks, Power Returns To The People – Episode 1862 —