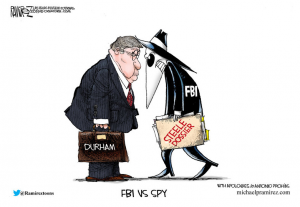 By Greg Hunter’s USAWatchdog.com (Early Sunday Release) The FISA abuse report compiled by Inspector General Michael Horowitz is finished and will be released soon according to Dr. Dave Janda from the Operation Freedom radio show. The fraudulent FISA applications, using a phony dossier, made spying on the Trump Administration possible. Not long after the release of the IG FISA report, President Trump will declassify the documents surrounding the so-called “hoax” that he has repeatedly called “treason.”