In the recent wave of demonstrations to sweep Hong Kong, tensions between protesters and police have continued to escalate.

The protests began with a simple demand for the government of mainland China to cancel a controversial extradition treaty, which would allow the government to arrest citizens of Hong Kong to face charges in China.

(NaturalHealth365) A ton of satellites are scheduled to orbit and saturate every inch of planet Earth with 5G radiation.  This “new” form of microwave technology will wreak havoc on human and environmental health.

In preparation for the worldwide rollout of 5G technology, 60 satellites have been launched from the Kennedy Space Center, and many more are projected to follow. But, while the telecommunications industry heralds the event as the beginning of a “new era of connectivity,” natural health experts point out that not a single safety study exists to explore the environmental and biological implications of 5G radiation.

Read more via Red ALERT: Thousands of satellites being launched into space to blast 5G radiation, no safety studies — NaturalHealth365

Over the next few days, you may feel very different than those around you.  It is like walking in a fog; being in a space neither here nor there, knowing light is there but not being able to see it clearly.  This transition time may catch a lot of you by surprise.  Never fear, darling child!  As you and your energy move forward and up, The Universe will help you continue communicating effectively with others without feeling stuck in the residual energies.  More and more people will be joining the ranks of the awakened and they will need your help and guidance.  As the fog lifts, look around…there are so many more than you anticipated!  It is time to step up into your role and begin.  The Universe is supporting you every step of the way! ~ Creator

Let Your World be Rocked ∞The 9D Arcturian Council

We are beginning to recognize the tendency within humanity to come to conclusions rather quickly. We see you all making assumptions based on very little bits and pieces of information, and the assumptions that you make fit in very nicely with your judgments. It is easier for you to believe in something when it’s a confirmation of what you already believe. It is much harder for you to accept information when it runs contrary to a long held belief system, and that is unfortunate because you are going to have experiences in the coming years that are going to rock your worlds.

I took some images of the sky today on different cloud formations and here is a selected one from the northern part of the Stockholm county, Sweden.
This is my own interpretation of what is seen in the image and it´s the Mythical Phoenix Bird (Renewal, Rebirth and Destruction). You can see the wings, the head/the beak, the tail, the body and the sun behind. More about the Mythical Phoenix Bird below this image. 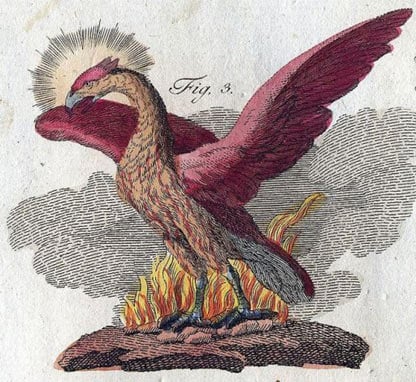 Image: Phoenix rising from the ashes in Book of Mythological Creatures by Friedrich Johann Justin Bertuch (1747-1822)

“In ancient mythology, the symbolism of the majestic Phoenix bird, which is most often connected with the Sun, dies and is reborn across cultures and
throughout time…..” ”

Read more about the Symbolism of the Mythical Phoenix Bird here:
https://www.ancient-origins.net/myths-legends/ancient-symbolism-magical-phoenix-002020

PLANET EARTH IS CURRENTLY UNDERGOING THE GREATEST EVOLUTION IN CONSCIOUSNESS THAT HAS EVER BEEN EXPERIENCED!

ARE YOU AWARE THAT SOMETHING NEW IS HAPPENING AND THAT THINGS REALLY ARE CHANGING IN THIS WORLD?
CAN YOU FEEL THE INTENSITY BUILDING?
CAN YOU SEE THE ALL ACTIVITY THAT IS OCCURRING BEHIND THE THINNING 3D VEIL?

ONLY BEINGS WHO RESONATE AT THE 5D LEVEL OR ABOVE ARE AWARE OF THE COSMIC EVOLUTIONARY PROCESS OCCURING ON EARTH!

A 3D BEING WILL JUST LOOK AROUND AND SAY, “ALL THINGS CONTINUE AS THEY ALWAYS HAVE!”
WE TELL YOU THERE ARE THOUSANDS OF SIGNS AND PROOFS THAT LIGHT FORCES ARE TAKING BACK THIS PLANET AND THE EARTH HAS ENTERED A NEW AGE OF LIGHT! THIS HEIGHTENED PROGRESSION TOWARDS THE LIGHT IS ESCALATING EVERY MOMENT!

Reader Post | One of the inheritors of the New Earth

Thank you for sharing your vision of a world future planning agency. I find I take a few exceptions to it.

You propose an agency with “high-level support from the Pentagon, the Vatican, and the British Commonwealth.”

It may come as a surprise to the people and demonic entities making up these control centers that I personally have had enough of their so-called ‘leadership’. They have ‘led’ humankind into war, economic disaster, environmental disaster, moral depravity and every other negative thing conceivable. What makes them think they should continue to ‘lead’ us? Or even have any part in the decision making of our future? Furthermore, after the people of the Earth learn of their deeds, which they soon will, how can they even conceive of a world where anyone would want to have anything to do with them?

No – people will be outraged. Justice will be served. The truth will win out. 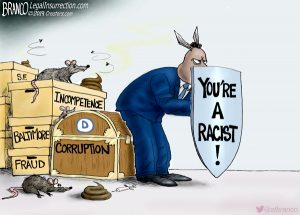 Trump hit China with new tariffs this week on $300 billion of goods. His trade negotiation team came back from China without a deal and no deal in site. The tariffs go along with the 25% tariffs already on more than $200 billion in Chinese made goods. They say consumers in America are paying for it, but Trump says China is paying. According to one economist, it amounts to only .1% in higher prices. So, there is not much damage being done no matter what the MSM is saying.  What is trump really up to on China Trade?

The BREXIT is becoming a reality, the EU realizes this, this is why they have started the narrative that the UK will not be safe and without the EU they will be exploited, more will be becoming as we approach Oct. China purchased soybeans from the US. Trump decided to place additional tariffs on China to make China understand that the US means business. The economic plan, or any plan does not happen in a straight line, the goal is the endpoint and there will be curves along the way.