Are you ready to have a peaceful life?  Are you ready to set aside the chaos and drama created and participated in it daily? Are you ready to release taking things that were not intended for you personally?  You, my dear child, have always been a kind and loving soul, why not finally release the last vestiges of who you were and step into the growing you!  Trust The Universe to help you, it will be well worth it. ~ Creator

Source: Step Into… — The Creator Writings

Mastering the Creation of Your Reality ∞The 9D Arcturian Council, Channeled by Daniel Scranton

We have been focusing quite a bit of our attention on your ability to hold your vibration in a particular frequency, and we are very pleased to report that humans have been showing a greater ability to stay in the vibration of your choosing for longer stretches of your time. This is a skill that you need while you are still fourth dimensional, because you need to hold that vibration for a longer period in order to manifest something and know that it was you that was responsible for the manifestation. So it is very empowering. It also keeps you feeling the way that you want to feel, which is even more important than the manifestation part. → 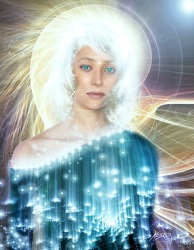 I am Athena, Goddess of War and of Wisdom.
Many of you are being guided to do your inner work in this ascension and there is a large issue that affects many of you at this time.
You are surviving – not thriving. →

See everything working out. Seeing everything falling into place. And what place is that? It is the awakening of your true nature, it is the awakening of your crystalline heart. So see everything as positive. So what if the house is shaking? So what if the hinges on the doors are breaking off? You are creating a dynasty of love and everything that has kept love from breathing, from coming through must be pried open. There is a bit of a shaking going on. You are feeling it, yes? You are freeing yourself and welcoming yourself Home. So be positive. Stay positive. It may be windy out there, but what will be left standing is your True Self.

via Daily Teachings of the Masters | September 27, 2019 — Voyages of Light

Economic Control Belongs To The Patriots, [CB] Days Are Numbered – Episode 1980a

[DS]/MSM Scrambling, Patriots Getting Ready To Strike Again – Episode 1980b

The [DS]/MSM they are scrambling to control the narrative which they lost once Trump produced his transcript of the phone conversation. The [DS] plan did not go the way they thought, they never expected transparency. Trump and the patriots have another card up their sleeve, they will play it soon. The plan was to push JB, HRC, and BO out into the public and attach corruption to them. Trump needed to bring in [CROWDSTRIKE]. The whistleblower is a CIA asset, most likely placed into the WH to spy on Trump. Get ready because the next strike is coming.