(The Free Thought Project)  Millions of Americans are about to be celebrating the Christmas season not being fully aware just how anti-religion and anti-spiritual the People’s Republic of China actually is. Not only do they persecute Christians and demolish their houses of worship, but they force innocent people into slave labor making Christmas lights for 10 hours a day in what can be referred to as black site concentration camps. Seriously. →

(Activist Post)  Former British ambassador Craig Murray has published a very disturbing account of Julian Assange’s court appearance yesterday which I recommend reading in full. There have been many reports published about Assange’s case management hearing, but the combination of Murray’s prior experience with torture victims, his familiarity with British courts, his friendship with Assange, and his lack of reverence for Western power structures allowed for a much more penetrating insight into what happened than anyone else has been able to provide so far. Here is a small excerpt: →

There will be times when others judge you.  It is very important to remember that they are not really seeing you; they are seeing what they lack.  When a person is in complete denial about themselves, they will often project onto you.  When you feel this is happening…take a moment, step outside yourself and look.  Then ask to see what The Universe sees.  The pictures will be very different! (Smiling) You know you better than anyone.  You know your kindness, compassion, love, joys and pains.  Release the needs to fall into the trap of letting others define you.  You are you and perfect in your imperfections. ~ Creator

Source: You Are Perfect — The Creator Writings

We have been experiencing the ripple effect that humanity has been creating throughout the entire galaxy and universe. We are all connected to one another, and so when there is an improvement in the vibration of the human collective consciousness, we not only notice it, we feel it. We benefit from the movement forward that you are making. So by helping all of you, we help ourselves, and even though this is not our primary motivation for helping you, it is a nice bonus. →

Eva Bartlett spent years on the ground covering conflict zones in the Middle East, especially in Syria and occupied Palestine, where she lived for nearly four years in becoming one of the world’s most prominent journalists. Scrolling through her twitter feed reveals thought-provoking messages that can really help us further our understanding about what’s really happening on our planet, especially with regards to geopolitics. →

(NaturalHealth365) Vitamin K doesn’t get as much attention as some of the other vitamins, but ignoring this essential nutrient would be a mistake. In fact, it may even be good for your health to ask, what does vitamin K do? →

Greetings to You! From heart to heart in this moment we speak, I am KejRaj(KayRy). The information expressed here is that of my perspective, my point of view. For all ➤➤

(Natural News) The U.S. Navy is setting up a proper reporting and investigative system that will keep track of UFO rumors from its pilots. However, while this information may sound exciting, any news that comes out of it won’t be disclosed with the public. →

Read more via The Navy initiates program to track UFOs… but the public isn’t allowed to know what they find — NaturalNews.com

The [CB]/MSM Have Been Exposed, The Economic Control Belongs To The Patriots – Episode 2000a

The patriots are now trapping the [CB] establishment, in the UK BJ has created virtually the same deal TM created, but within the deal there is another deal that the patriots will use against the [CB]. UK is getting ready to vote on the BREXIT. Deutsche Bank is now laying people from the bank, this is not a good sign. The patriots have now exposed the [CB] and the MSM, the MSM and certain financial pundits have been pushing a recession.

Follow The Clues, Another Piece Of The Puzzle Added, [DS] Ready To Face Justice – Episode 2000b

The [DS] is pushing impeachment, with no vote, they are panicking because they know that the IG report and the Declas are coming. Romney has a secret Twitter account. Trump drops clues at his rallies. The MSM is now getting ahead of the story. The patriots want Schiff to step down. The troops are being withdrawn from Syria and Afghanistan. Pelosi, Schiff and other try to undermine Trump in Syria. Another piece is being added to the puzzle, this is needed. 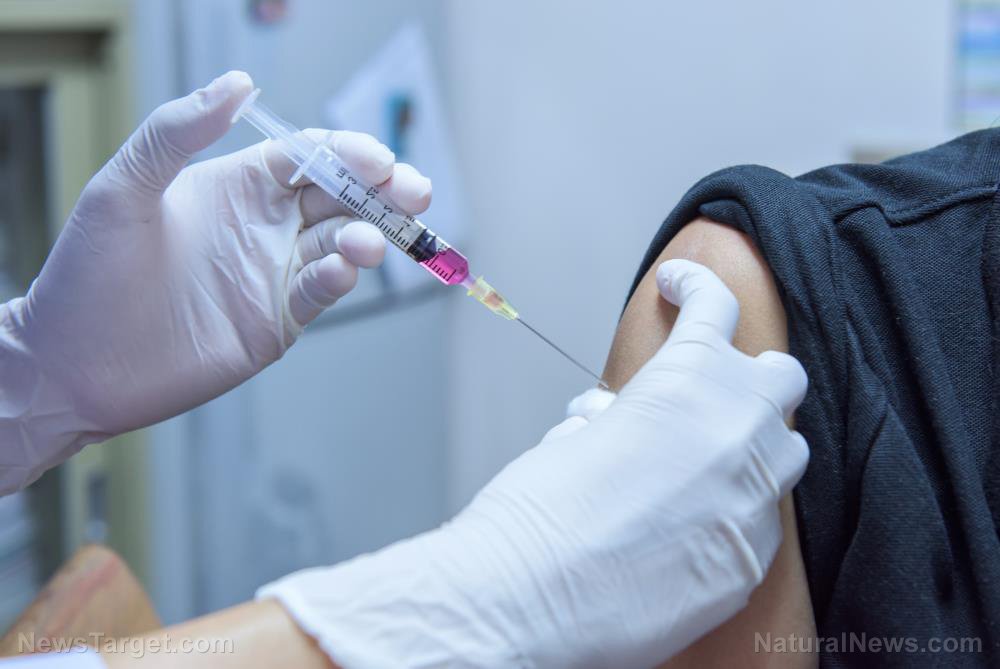 (Prepare For Change)  Mandatory vaccinations are a highly controversial subject. For years, medical propaganda has been conditioning us to believe that vaccines provide what is known as “herd immunity.” This propaganda teaches that if a significant proportion of the population is vaccinated against a disease then the whole community will be protected, including those who do not receive the vaccine. →