(Era of Light)  The arrest of 334 gangsters from the Calabria-based Ndrangheta mob, and International Criminal Court (ICC) proceedings against Israel mean the net is closing tighter on the Khazarian mafia. “The wheels ➤➤

(Prepare For Change)  Israel fears the International Criminal Court’s decision to move forward with a potential investigation into crimes allegedly committed in the Palestinian territories by Israel will open up current and former government officials and military personnel to prosecution on the global stage, according to a report Saturday. →

Read more & videos: “Palestinians Welcome International Criminal Court Probe Into Israeli War Crimes” (2:09) and “What will a war crimes probe in the Palestinian Territory achieve? | Inside Story” (25:15) via  — Prepare For Change

I am Yeshua. I come now at this time, in this moment of peace of oneness, your Christmas season, your holiday season. [I AM] Not coming because this was my time ➤➤

Read more via Yeshua: Celebrating The Birth Of The Christ Consciousness — Era of Light

Trump and the patriots delivered on the economy, the tax cuts show that more people have more money in their pockets. New trade deals have been negotiated, bad trade deals removed. US is energy independent, Trump is preparing for the economic transition. The [CB] are panicking, their debt load is going to collapse the world economy and they are exposed.

Nobody Is Above The Law [Not Anymore], Justice Will Be Served – Episode 2053b

The [CB] are panicking, their debt load is going to collapse the world economy and they are exposed. The [DS] is now panicking, their impeachment plan failed, the people understand what [DS] has tried to do. People know if they can do this to a president they can do this to anyone. Q dropped more bread, the [DS] are stalling to turn R’s and they are trying to get something to show there was a crime. Those responsible will be held accountable, nobody is above the law.

Create with love and loving creations will come to you. ~ Creator

Pole Shifts, Shifts in the Earth’s Field & Your Ability to Shift ∞The 9D Arcturian Council, Channeled by Daniel Scranton 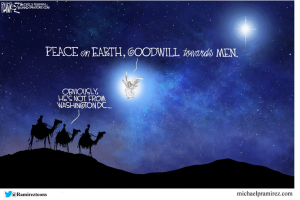 Greg Hunter of USAWatchdog.com gives his Christmas message for 2019. Please remember Jesus Christ coming to earth as a Savior for all the world is the reason for great joy. It was true back then, and it is still true today. Merry Christmas and Joy to All.

Merry Christ-mas to all and please enjoy!!