“Congratulations to all involved in eliminating Qassem Soleimani.  Long in the making, this was a decisive blow against Iran’s malign Quds Force activities worldwide.  Hope this is the first step to regime change in Tehran.”[1]

Bolton is not in the White House, but he is certainly smiling because he is witnessing that Trump is actually fulfilling Israel’s aspiration. The interesting thing is that back in 2011, Trump was all over the media attacking Obama and saying that Obama wanted to wage a useless war with Iran. Trump said then: →

(Prepare of Change)  Most Americans did not know Qasem Soleimani until the Israelis found the perfect opportunity to have him assassinated. They gave the Pentagon the orders and kindly handed Donald Trump all the credit while he ate his ice cream and watched it on TV.

So far, Trump’s post-hoc rational for murdering the most important military official in Iran is that the protesters who want America out of Iraq after 17 years of occupation did some minor structural damage to the US embassy in Baghdad. The man who was elected in part specifically to keep us out of foreign wars tried to stifle the outcry by posting a low-res image of the American flag for Kanye West and Morton Klein to cyber-salute. So far, only paid minions are cheering this escalation. →

Read more via The Line in the Sand: Iran Is Not Our Enemy, Let’s Make This Israel’s Last Attempt to Start a War — Prepare For Change

Beloved ones we greet you, Open up to this pure wave of light, which is flowing from the heavenly bodies down to you to support you on your unique journey.

There is a changing frequency as these divine shifts continue to anchor, opening up your potential for a higher consciousness connection. → 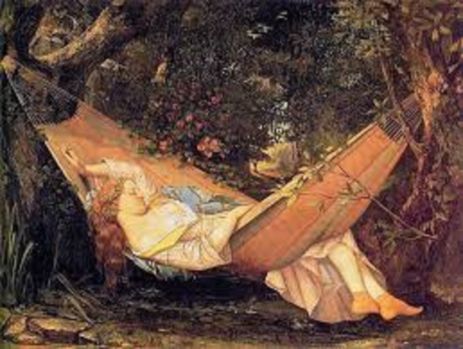 The Universe knows it can be very challenging to be ‘in the know’. Experiencing things that most humans do not may fray your nerves and
exhaust you. But you have also been given the gift of Unconditional Love; a constant flow that fills every fiber of your being, all day, every day.

Today, take a break and use your gift to find your center. The closer you become to who you really are will alleviate the drain on your systems. Trust that The Universe will help you find your tribe…those who will support you as you move through your Earth plane existence. You are worthy and deserving of this, allow yourself to receive! ~ Creator

(True Activist)  The ongoing bushfire crisis in Australia has ravaged its plant life and up to 500 million mammals, reptiles and birds – including 8,000 koalas’ lives which could easily devastate the diversity in the country.

With the terrifying outcome of these fires, Australians have stepped up and volunteered, putting their own lives at risk to kill the fires along with the firefighting brigades. They have also donated to animal hospitals and non-profit organizations, working non-stop to lessen the effects of this environmental disaster. →

Read more via The Late Steve Irwin’s Family Treats Over 90,000 Injured Animals From Bushfires In The Australia Zoo By Being Wildlife Warriors — True Activist

(True Activist)  As the bushfires crisis in Australia continues on without weakening, the smoke it has been creating is believed to cover a greater area than the whole of Europe, with its neighbour New Zealand getting soot in their land from the fires.

So far, there has been a death toll of at least 19 humans and almost 500,000,000 animals due to these fires. Experts believe that a much larger humanitarian crisis is looming over the country with no one else to blame but the government of Prime Minister Scott Morrison. →

We have begun to investigate the possible timelines that you’ve put yourselves on since the beginning of the New Year. Where you are right now is not where you were on January 1st, 2020. You have already jumped several timelines and created a few more. Now is the time for you to be very clear about the world you want to be living in at the end of this calendar year, because great change is not only possible but highly probable at this time of great awakening. →

It has been my duty – and my honor – to work with such stellar strategic intellects as Col Doug Macgregor, himself a candidate for both Secretary of Defense and National Security Advisor positions during the first Trump Administration, and to be a loyal supporter and admirer of General Michael Flynn, Trump’s first National Security Advisor who was framed by the FBI and the Zionists to remove him from the White House. My observations below are informed by my past as a CIA spy and creator of the Marine Corps Intelligence Activity (MCIA), and by my non-fiction reading including hundreds of books on the corrupt, dysfunctional, and even treasonous US national security personalities and institutions.

Here are my conclusions:

01 Israel has been trying desperately to force a war with Iran, partly to save war-criminal Benjamin Netanyahu and partly to continue its long standing strategy of destabilization to divide and conquer the Middle East. →

(TMU) — People from across the United States heeded calls from the ANSWER Coalition and CODEPINK on Saturday, resulting in protests against a possible U.S. war on Iran in more than 70 cities across 38 U.S. states.

The protests, demanding for U.S. troop withdrawal from Iraq and ending sanctions on Iran, were called for earlier this week in response to U.S. President Donald Trump’s ordering of additional U.S. troops to the Middle East in response to protests following U.S. air strikes. Tensions quickly increased as the U.S. ordered the assassination of Qassem Soleimani, the popular leader of Iran’s Islamic Revolutionary Guard Corps’ Quds Force, and, as a result, the protests quickly morphed into an emergency mobilization aimed at stopping what some fear could become World War III.