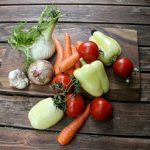 (NaturalHealth365) By the end of 2020, there will be 1.8 million new cancer cases expected and over 600,000 cancer deaths, in the United States alone.  Yet, even conventionally-trained scientists (and doctors) admit that lifestyle changes can help us to inhibit the growth of cancer cells.

Simply put, there is a lot we can do to avoid cancer! → Do aliens exist? Are UFO’s real? The debate will rage on until we have proof, but these close encounters will have to do until then. WatchMojo lists the ten most well documented UFO sightings of all time.

Your growth and learning is like skydiving; you are in the plane or you are out the door and free falling…..there is no in-between. Do not be afraid of jumping into and exploring your darker self. That is where the most healing occurs. If you wait too long, the moment just may pass you by. ~ Creator

Toronto Public Health tweeted in late June that “Individuals who have died with COVID-19, but not as a result of COVID-19, are included in the case counts for COVID-19 deaths in Toronto.”

Why are people who have not died as a result of COVID-19 being included in the official death count?

What Happened: A common theme during this pandemic is the fact that public, provincial, state and federal health regulatory agencies have been, since the beginning of this pandemic, adding to the death count people who actually didn’t die as a result of Covid-19. Toronto Public Health recently did the same, last month tweeting that “Individuals who have died with Covid-19, but not as a result of COVID-19 are included in the case counts for COVID-19 deaths in Toronto.” (source)

Prepare For Change | By Benjamin Gill at CBNNews.com:

A substantial new study has found that the anti-malaria drug hydroxychloroquine helped patients survive COVID-19. In fact, the study from the Henry Ford Health System in Michigan said the drug “significantly” cut the death rate of patients.

“Treatment with hydroxychloroquine cut the death rate significantly in sick patients hospitalized with COVID-19 – and without heart-related side-effects,” the health organization reports. →

This is the Most Powerful Tool You Have ∞The 9D Arcturian Council, Channeled by Daniel Scranton

We are determined to bring you all that we can so that you can have the best possible experience of your growth and evolution. When we ponder you as a collective, you give us an opportunity to focus, and when we focus, we quite naturally expand into more of who we are as Source Energy Beings, as beings of unconditional love. We look to you to give ourselves more of a sense of purpose, and you always come through. You are the ones that have the most potential, because you are the ones experiencing the most polarity in this galaxy. → Note to readers: The next three issues of this newsletter will be pre-written so that I may take my annual sabbatical. If something truly important happens I will inform you with an update.

My battle against the Khazarian mafia started in Japan, where over a 30-year career as a frontline journalist, I watched as Prime Minister after Prime Minister was murdered and a successful economic system was dismantled.  When I started reporting in Japan in 1985, it had the highest per capita income in the world and the lowest gap between the rich and poor in any developed nation.  This was the result of decades of double-digit economic growth: the so-called Japanese miracle.  Now, Japan is ruled by Khazarian gangster hedge funds and their slaves.  The country now has the second-biggest gap between the rich and poor in the OECD (after the U.S.) and the average Japanese barely scrapes along. → 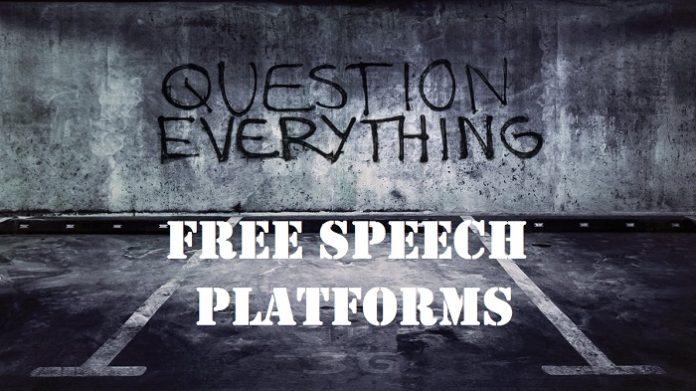 Free speech is under attack which is why new free speech platforms are so important now.

The war on free speech by big tech companies has been going on for years, but more recently, their censorship campaign has increased dramatically. The suppression of free speech is done under the guise of ” keeping us safe from dangerous information,” but there can be no doubt it’s rooted in ideology. Conservatives, libertarians, and free thinkers in general that post information not aligned with the corporate media’s official narrative are routinely demonetized and censored while progressive users are promoted. Even certified medical professionals who disagree with the narrative are censored. Censorship is becoming a serious threat to independent thought. This censorship is leaving the masses with a sanitized scripted version of a false narrative meant to control us. Here are some of the best free speech, social media, and video platforms for 2020. →

As tyranny continues to march forward, so does censorship. We have seen many people’s entire YouTube channels deleted, removed in an attempt to control the public’s perception of reality, by controlling their access to information. →