Q takes a closer look at the anarchists setting fires in the western U.S

This is a glimmer of hope that the bad guys might finally have their day – and that day is today.

In this video I expose one of the major tools that both Corrupt State Department officials & phony ‘Fact Checkers’ use to stop the spread of news that threatens their Global Corruption Racket! Are the riots in the US linked to the same shady apparatus is covering up the Ukraine scandals? Are the child trafficking cover-upperers using the tools, too? more…

Joe Biden finally announced his running mate for the 2020 Presidential election, and it’s Kamala Harris.  Trump said Harris was his number one pick.  Trumps says she “lied” about a lot of things, and she’s “nasty.”  I am not sure what Harris brings to the ticket.  She was blown out in the Democrat primaries.  She was the least favorite candidate among black voters, but Harris is somehow supposed to bring black voters back to the Dem party.  Go figure. 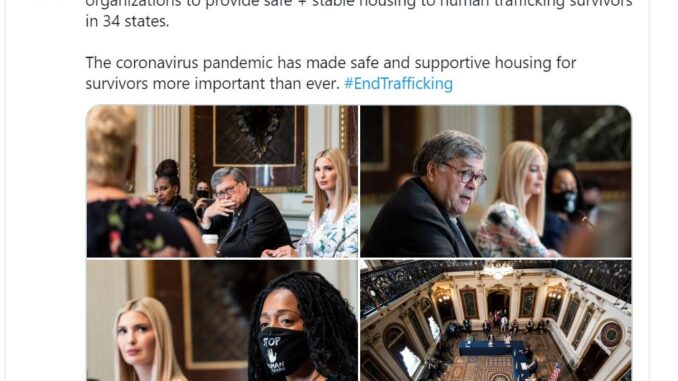 The U.S. Government has a need to house people that have been victims of human trafficking. →

Q explains that Black Lives Matter is really a Democrat fundraising organization and he weighs in on the arrest of Ghislaine Maxwell.

General Michael Flynn is a free man after the DOJ dropped all charges against President Trump’s former National Security Advisor. New documents released recently showed a conspiracy to frame the 33 year war hero. It was all part of a plot by the Obama Administration, FBI, DOJ and CIA to try to remove President Trump from office. It is an elaborate coup attempt that failed and is looking like the case for indictments for conspiracy and sedition for many people may be coming from AG Barr and his prosecutor John Durham. This certainly will factor into the ongoing criminal investigation into the obvious criminal activity. →