On January 4, 2022, I received an important update about ancient space arks being discovered on the Moon, Mars, Antarctica, and other locations in our solar system. According to Thor Han Eredyon, a Galactic Federation pilot, whose messages are relayed through a former professional French archeologist, Elena Danaan, these huge space arks are activating due to the recent arrival of a large fleet of spacecraft belonging to an Intergalactic Confederation—parked in the vicinity of Jupiter and its moon, Ganymede.

The history of our planet is full of incredible mysteries. The more we search and research, the more mysteries we uncover. And despite the fact that archaeologists and scientists work hard to figure everything out, we know very little about our past. 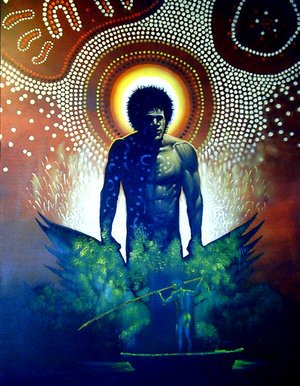 The Cross of Chains

As world events currently seem to be spiralling out of control, it is a reminder of how history repeats itself and raises the question of where mankind is failing and where we are heading. To those who have stepped outside the box, so to speak, and removed themselves from the daily programming that takes place in our modern lives, it soon becomes obvious that something is very very wrong. We as a people seem so far removed and ignorant of the natural laws our ancestors once held sacred. →

The construction of Sacsayhuamán remains a profound mystery for researchers who have failed to understand how ancient people managed to quarry, transport and place these megalithic stones.

Is it possible that thousands of years ago ancient cultures possessed a now-lost technology that allowed them to soften stone? According to numerous researchers, the answer is YES.

Is it possible that the countless megalithic sites around the globe were built with the help of a now lost technology?

What if, in the distant past, ancient cultures from South America, Asia, Egypt and another parts of the world, had in their possession an ancient method that allowed them to transport, cut and mold megalithic stones to their desire.

There are numerous inexplicable sites around the globe and the most noteworthy to mention are Stonehenge, The Pyramids of Giza, Ollantaytambo, Puma Punku and Sacsayhuaman. At all of those places, ancient mankind managed to somehow perfectly place huge blocks of stone weighing

Read more via The Ancient, Mother Culture, Might Have Known How to Soften Stone — Humans Are Free

High up the Bolivian altiplano,’ south of Lake Titicaca and the ancient complex of Tiahuanaco, we find the ancient ruins of Puma Punku.

Believed to have been erected by the ancient Tiwanaku culture in the bronze age, between 1,000 and 2,000 years ago, the ancient site is home to some of the most fascinating ancient stone structures on the surface of the planet.

Shrouded in mystery, the archaeological site of Puma Punku is one of the biggest headaches for mainstream archaeologists who are unable to explain how ancient cultures cut and shaped granite stone to an incredible precision, transported blocks of stones that weigh more than 50 tons, and placed them in position like a puzzle, so that not a single sheet of paper can fit between them.

But if that wasn’t enough of a mystery, there’s that LITTLE magnetic anomaly present at Puma Punku.

Deeply spiritual cultures remember a time when “people from the stars” freely interacted with members of the human species. Before intrepid and greedy Europeans ‘discovered’ the Americas, the land was populated by a variety of cultures encompassing millions of souls.Sadly, the near-annihilation of Native Americans has also meant the disappearance of ancient knowledge that we might…