“You gotta remember, establishment, it’s just a name for evil. The monster doesn’t care whether it kills all the students or whether there’s a revolution. It’s not thinking logically, it’s out of control.” — John Lennon (1969)

John Lennon, born 80 years ago on October 9, 1940, was a musical genius and pop cultural icon.

He was also a vocal peace protester and anti-war activist, and a high-profile example of the lengths to which the Deep State will go to persecute those who dare to challenge its authority.

Read more via John Lennon at 80: One Man Against the Deep State ‘Monster’ — Humans Are Free 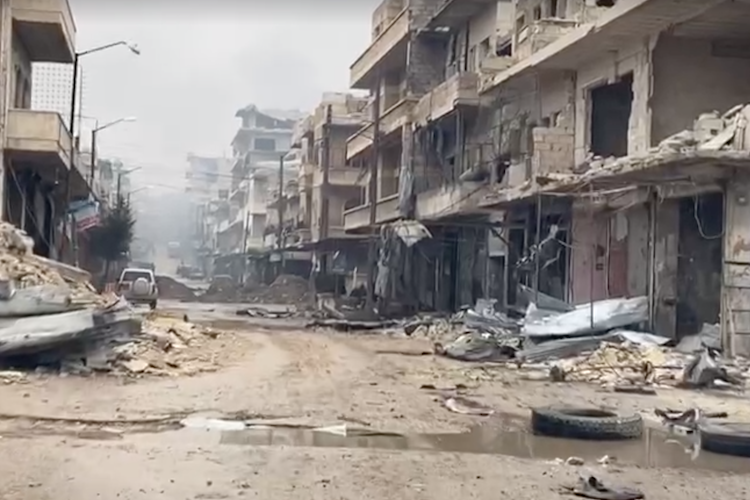 (Activist Post)  It was reported this week that the Pentagon made $35 trillion — with a ‘T’ — in accounting adjustments in 2019 alone. That number is larger than the entire U.S. economy and is up from $30.7 trillion in 2018. The figure also dwarfs the Congressional approved military budget of $738 billion. Naturally, no one cares and Pentagon officials dismiss this black hole of spending as accounting errors. →

(Era of Light)  This is a conversation betwene Jahn J Kassl and Master Saint Germain. JJK: I have received some messages that say that there will be no nuclear destruction of the earth. ⇲

The closing of U.S. bases and the removal of U.S. military personnel are critical to the elimination of war.

The United States has more than 150,000 military troops deployed outside the United States on more than 800 bases (some estimates are more than 1000) in 160 countries, and all 7 continents. These bases are the central feature of U.S. foreign policy which is one of coercion and threat of military aggression. The U.S. uses these bases in a tangible way to preposition troops and weaponry in the event they are “needed” at a moment’s notice, and also as a manifestation of U.S. imperialism and global domination, and as a constant implicit threat. Additionally, because of a history of military aggression, countries with U.S. bases are targets for attack.

There are two principal problems with foreign military bases: →

(The Free Thought Project)  Despite the establishment telling Americans otherwise, the United States is marching directly into a major conflict with Iran that could have catastrophic implications. The two-party paradigm’s grip on Trump supporters has them shifting from previously supporting Trump’s anti-intervention stance on which he campaigned, into full on support for a senseless and dangerous war. This is the exact same scenario that unfolded with Obama when he turned the antiwar Left into pro-war interventionists. If you stand against this escalation, according to the establishment, you are anti-America. But in reality, you’re just smart. →

Read more via Opposing Iran War Doesn’t Make You Conservative or Liberal, It Makes You Smart — The Free Thought Project

Iranians responded to U.S. President Donald Trump’s to strike sites “important to Iran and the Iranian culture” with an outpouring of photos highlighting their favorite mosques, museums, monuments, and other stunning architecture.

The reasons used to justify war are often lies, and propaganda is used, in many forms, to justify military action in the minds of the masses. People are waking up, but how much longer will this continue.

Iranians responded to U.S. President Donald Trump’s to strike sites “important to Iran and the Iranian culture” with an outpouring of photos highlighting their favorite mosques, museums, monuments, and other stunning architecture.Using the hashtag #IranianCulturalSites, Iranians flooded Twitter with hundreds of photos of locations and structures filled with personal and historical significance. →