On October 15, I received an update on the recent meetings on Ganymede between representatives of the Earth Alliance with several extraterrestrial organizations and a new group entering our solar system—the Intergalactic Confederation. The update from Val Nek, relayed through Megan Rose, makes for a total of four independent sources reporting on Ganymede being the site of meetings with a highly evolved new group of extraterrestrial visitors to our solar system.

A fleet of spacecraft from a highly evolved group of friendly extraterrestrial visitors has arrived in our solar system and established a presence on Jupiter’s moon Ganymede, according to three independent sources familiar with unfolding events in deep space. This latest intel coincides with William Shatner, globally revered for his role as Captain Kirk in the Star Trek franchise, being launched into space on October 13, a likely cover for him playing a significant role in unfolding events on Ganymede.

Clearing of the Chimera group continues. Light Forces have managed to completely clear all underground bases of the Chimera breakaway civilization, including the Congo complex.

Most hostages who were captured there have been liberated, although some of them are still captured on the etheric and astral planes.

The changes unfolding in your world are exactly that, change in your WORLD. This is not just about America or China, Russia or Germany. For whatever happens in one nation, will affect the entire planet. ⇲

Hello, dear Lightworkers of Gaia! My name is Ashtara. I am the daughter of the one receiving this message and my Father is from Arcturus. Neither my birth Mother nor Father raised me. I was raised in many places, but mostly onboard the starship called the New Jerusalem. My Mother agreed to donate her egg for my creation before she was even born on Gaia. It was one of many of her Divine Covenants. →

As you are increasingly immersed in the intense processes of liberation and settlement of the New Energies that have come to Earth, we are continually expanding our field of activity. We are directing members of our Fleets to park in the Earth’s lower orbits, avoiding however to scare or cause any disorder. 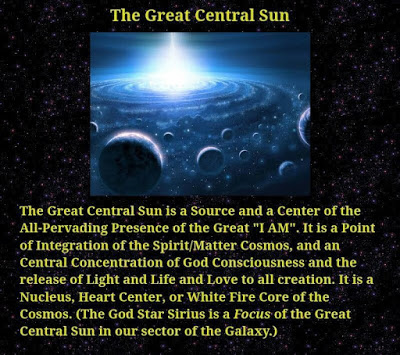 via Cosmic Central Race — The Portal

This is the voice of

Of The Jupiter Command

it is light language for Jupiter ….meaning ….

I wish to take you all now to the real Jupiter Command.🙏🏽

The federations & confederations of light , started A little over 1.2 million of your years ago in your perceived linear expression, Our Lord Michael and the High councils and brotherhoods of light created what do you call in your Human tongue : John Winston writes: It seems that Ashtar had something to say to us in [1971], in a television broadcast from the the Ascended Masters, represented by the Ashtar Command.

Apparently they have made approaches to world leaders. Shortly after the deployment of nuclear weapons in World War II, the American Government received a communication from the Ashtar Command. This warned against any further development of atomic energy.

The Ashtar Command made no offer of technology. Citing that we were spiritually unable to handle that which we already possessed, they believed we would use any new technology to destroy ourselves.

Because we were on a path of self-destruction, what we needed was spiritual rather than technological help. This they offered, but it was conditional on the destruction of all nuclear weaponry. They said we should stop killing each other and learn to live in harmony. They also warned against polluting the Earth and raping her for natural resources.

The American Government rejected this overture, out of hand. After the rebuff, the Ashtar Command spoke directly to the people of America by superimposing a spoken message over television and radio broadcasts. They then repeated this procedure in other countries.

In England, for example, the “E.T. Phone Earth” occurred at 9:10 p.m. on Jan. 8, 1971 while Rex Dutta was broadcasting. The conversation with the Ashtar Command was recorded, and the transcript was published in 1972 in Rex Dutta’s book, Flying Saucer Message. The Ashtar Command also spoke over the early evening television news in southeast England. This occurred on Nov. 26, 1977.

Five transmitters had been “taken over” simultaneously so that the voice could be heard by viewers in London and the southeast, from Southampton to Kent. Television engineers were unable to trace the voice, suppress it, or stop it, and all their instruments indicated normal television transmission was in progress.

The IBA tried to assure viewers the incident was a hoax and were reluctant to release more that 30 seconds of the recorded message. However, thanks to a report in New Life Magazine, a tape recording of the message in full was obtained by Rex Dutta, and was published in the January 1978 issue of his monthly newsletter, Viewpoint Aquarius.

It was 5:12 p.m., and Ivor Mills was the newscaster on ITV Southern Television. His face was visible, but his voice was replaced, for five and a half minutes, by the voice of a representative of the Ashtar Command, and the transcript of the broadcast reads:

“We speak to you now in peace and wisdom, as we have done to your brothers and sisters all over your planet Earth. We come to warn you of the destiny of your race and your world, so that you may communicate to your fellow beings, the course you must take to avoid the disasters, which threaten your world, and the beings in our worlds around you.

“This is in order that you may share in the great awakening as the planet passes into the New Age of Aquarius. The New Age can be a time of great peace and evolution for your race, but only if your rulers are made aware of the evil forces that can overshadow their judgments.

“Be still now and listen, for your chance may not come again. For many years, your scientists, governments and generals have not heeded our warnings. They have continued to experiment with the evil forces of what you call nuclear energy. Atomic bombs can destroy the Earth, and the beings of your sister worlds, in a moment. The wastes from atomic power systems will poison your planet for many thousands of your years to come.

“We, who have followed the path of evolution for far longer than you, have long since realized that atomic energy is always directed against life (when developed along the lines [of] fission rather than fusions). It has no peaceful application (when developed in this way). Its use, and research into its use, must cease at once, or you all risk destruction. All weapons of evil must be removed.

“The time of conflict is now past. The race, of which you are a part, may proceed to the highest planes of evolution, if you show yourselves worthy to do so. You have but a short time to learn to live together in peace and goodwill. Small groups all over the planet are learning this and exist to pass on the light of the dawning New Age to you all. You are free to accept or reject their teachings, but only those who learn to live in peace will pass to the higher realms of spiritual evolution.

“Be aware, also, that there are many false prophets and guides operating in your world. They will suck your energy from you, the energy you call money, and will put it to evil from you, giving you worthless dross in return. Your inner divine self will protect you from this. You must learn to be sensitive to the voice within that can tell you what is truth, and what is confusion, chaos, and the untruth. Learn to listen to the voice of truth which is within you, and you will lead yourselves onto the path of evolution.

“This is our message to our dear friends. We have watched you growing for many years as you too have watched our lights in your skies. You know now that we are here and that there are many more beings on and around your Earth than your scientists admit. We are deeply concerned about you and your path towards the Light, and will do all we can to help now. Have no fear. Seek only to know yourselves and live in harmony with the ways of your planet Earth.

“We, of the Ashtar Galactic Command, thank you for your attention. We are now leaving the planes of your existence. May you be blessed by the Supreme Love and Truth of the Cosmos.”