(NaturalHealth365)  Roughly a quarter of all adults in the United States – 58.5 million people – are affected by arthritis, a potentially debilitating condition that can jeopardize physical, emotional, and financial health.  For example, over 8 million working-age adults declare that their ability to work is limited by arthritis.  In addition, the sheer cost of the disease is staggering, with the Centers for Disease Control reporting that arthritis currently costs the country an astounding $303.5 billion a year.

(NaturalHealth365) Check your tongue – is it white?  You may have Candida albicans which produces about 180 chemical toxins.  These harmful substances are capable of causing any number of ‘unexplainable‘ health problems.

A white tongue, lack of energy, or irritability are early warning signs of poor health.  In fact, I would suggest that most people with chronic degenerative diseases like IBS, fibromyalgia, or autoimmune conditions suffer from Candida.  Don’t ignore the signs.

(NaturalHealth365) Asthma has become one of the biggest health problems for kids and adults.  And, although conventional treatment options may provide temporary relief of some symptoms, there is increasing evidence that these asthma medications actually increase the risk of future attacks.  Let’s be honest, these drugs never get to the true cause of any respiratory problems.

A recent study in Switzerland found that acetaminophen poisoning increased by 40% following the approval of 1,000mg doses. This is just the latest data to indicate the public health problems caused by this commonly used pain drug, which is the active ingredient in Tylenol.

Breaking science news: Vaccinated children are sicker than their unvaccinated peers, according to a landmark new study on vaccine safety: “Relative Incidence of Office Visits and Cumulative Rates of Billed Diagnoses Along the Axis of Vaccination.”

(NaturalHealth365) Probably the single most important property of magnesium in the body is its ability to act as a natural biological antagonist to calcium. As most adults have excess calcium throughout their bodies, it is this reciprocal relationship between magnesium and calcium that makes most people in need of regular magnesium supplementation.

(NaturalHealth365) It’s time to talk about one thing many health-conscious consumers have wondered throughout the coronavirus pandemic: why aren’t government officials and the media talking about the impact of common chemicals (environmental toxins) on COVID-19?

We won’t speculate why officials aren’t championing healthier lifestyles as much as they’re enforcing coronavirus regulations under threat of fines, or worse!  But needless to say, the idea that a face mask, SARS-CoV-2 vaccine, or flu shot is all we need to stay healthy this winter is deeply misguided – especially in light of decades of evidence showing how environmental pollutants can increase a person’s risk of chronic disease, which is a known risk factor for a severe COVID-19 infection. 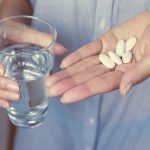 (NaturalHealth365) Are you ready to energize yourself and fully heal from the chronic stress of everyday life? Burning the candle at both ends or, as some describe it adrenal fatigue, is a term used to describe how modern living has many of us frazzled and running on fumes.  This is a primary reason why the right supplements are a must for most people.

No doubt, this perpetuated “stress cycle” can leave us exhausted – damaging essential communication between the endocrine and immune system – that are responsible for keeping chronic illness at bay. Does this sound like you? Then, let’s talk about how you can reclaim your energy for living. →

A recent study published in the journal Environmental Research examined four families who eat conventional diets. Pesticide levels were measured via urine before switching to an organic diet for 6 days. A dramatic drop in pesticide levels was found.

The pesticides found on conventional foods have been linked to multiple diseases, and some originate from chemical warfare, used as nerve agents. They’re not safe, so why do government regulatory agencies keep telling us they are and approving them?

(Collective-Evolution)  Humanity is moving rapidly in different directions, and it would be nice to say the collective is moving forward, but that doesn’t seem to be the case in many areas. Sure, we are becoming far more technologically savvy, and no doubt more advanced in several areas, but all of our advancements seem to be driven by profit, greed, control, and lies as well as the manipulation of our consciousness in order to accept certain developments. Genetically modified foods are a great example, along with a number of pesticides that go along with them. →