We’re in the end zone of the year 2020 now. As the last bits of its energy fade off in time, the Sun seeds a new solar year in the womb space of solstice silence and stillness. There is peace and quiet inside and out.

Read more: Our “Yes” to a New World Now is What Creates it, Focusing Solstice Energy for Positive Change | Parisse Deza — Voyages of Light 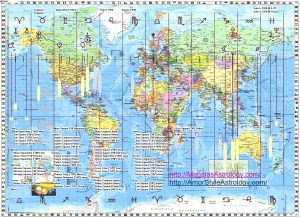 In my last article I talked about the July 4th eclipse. We are starting to move into that energy now which is a lunar full moon eclipse on July 4th at 9:29 PM PDT. This is on Saturday night and the sun will be on 13 degrees Cancer, which is right over Washington D.C. The moon will be on 13 degrees Capricorn which is over China. This is going to be a powerful full moon and with the sun over Washington D. C. I am sure there will be more chaos caused by our leaders. Mars will be in Aries on this eclipse so please keep your cool. Mars is considered the war planet and rules anger. A week after this full moon Mars will be squaring this eclipse degree and may trigger more strong energy. In other words, the energy from the end of June until July 14 will be a very intense time period. →

Greetings to You! From heart to heart in this moment we speak, I am KejRaj. The information expressed here is that of my perspective my point of view. For all ⇲

(Era of Light)  Greetings to You! From heart to heart in this moment we speak, I am KejRaj. The information expressed here is that of my perspective, my point of view. For all ⇲

Greetings to You! From heart to heart in this moment we speak, I am KejRaj(KayRy). The information expressed here is that of my perspective, my point of view. For all truth awaits you in your heart. Tune into the light within you. →

Read more via No Surprises, Next Step, Gold and Silver | Era of Light Report via KejRaj — Voyages of Light

by Joe Martino, Collective Evolution We just had a Full Moon in Virgo, which seems to many like a gasp of relief after what was an intense last half of 2017. These energies will continue to affect us for quite some time as well, so while I don’t normally write about astrological topics, I felt compelled….Read more

NASA says they’ve done the math, and they’ve recently introduced a new zodiac sign. They’ve thrown ages-old astrology charts totally out of whack with the announcement of Ophiuchus. What used to be utilized by die-hard astrology enthusiasts to plot and plan their lives could now be thought of as heresy.

If ever the New Age advice to “check the stars” before taking action, were counterbalanced with scientific reason, which supposes heavenly bodies have no impact on our lives whatsoever, we’d see we are at odds – these seemingly disparate entities have now entered a new territory of antipathy, or have they?

NASA says they didn’t change any astrological signs. They “just did the math,” and found that there is an additional zodiac sign between Sagittarius and Scorpio, called the “serpent bearer,” because it appears in the middle of the Serpens constellation…

Every year on August 8th, there is a cosmic alignment called “the Lion’s Gateway”. The Lion’s Gate is when Earth aligns with the Galactic Center, (27 degrees Sagittarius) and the star Sirius, opening a cosmic portal between the physical and spiritual realms.It’s called the Lion’s Gate, or Lion’s Gateway because it occurs in the astrological sign…

via The 8:8:8 Lion’s Gate Activation — Humans Are Free

Celia Fenn ~ The Planetary New Year and Lion’s Gate July/August 2017 Source Beloved Family of Light, you have now reached a time in your year of 2017 when great change is at hand. We would call this the Great…Read more