House Speaker Nancy Pelosi falsely claimed during her weekly press conference in the Capitol Visitor Center on Friday that President Donald Trump told people this week to “inject Lysol” into their “lungs.”

During her press conference, Pelosi claimed [emphasis added], “The President is asking people to inject Lysol into their lungs, and Mitch is saying that states should go bankrupt.  It’s a clear, visible, within 24 hours, of how the Republicans reject science and reject governance.” → 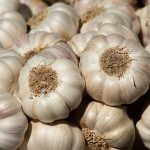 (NaturalHealth365) It’s hard to find a reason not to eat garlic. Aside from the wonderful depth of taste, the long list of garlic health benefits offer plenty of incentive to add it to dishes of all types. No wonder it’s one of the world’s most popular herbs! But, as many consumers are learning, Chinese garlic is definitely something to avoid – as you’ll soon see.

The reason?  Garlic imported from this country is contaminated with potentially toxic chemicals – and the nation’s industry standards for cultivating garlic is leaving a really bad taste in people’s mouths. →

This is what real salt looks like—we all know what regular white salt looks like—and we mistakenly think it is real salt when it is not. The fact is that refined white salt, such as commercial table salt is bad, very bad stuff. Unrefined natural salt on the other hand is good, very good stuff providing many health benefits.