Last Sunday night, special ITCCS teams assisted by police and citizen volunteers successfully stopped the Catholic Ninth Circle sacrificial killings in Zwolle Holland, Dijon France, and Lucerne Switzerland. In six other cities in Europe, similar killings were either cancelled or moved to other locations because of the threat of disruption.

The Common Law Sheriff’s Office of the ITCCS, which helped to coordinate these actions, has issued an internal report which we quote in part:

“With the help of local sympathetic police our teams went into action in the designated locations commencing 22:30 hours GMT on 30 April. As we anticipated, our best successes occurred in the locations that had not been publicly announced, where we surprised the cult members as they prepared for the ritual killings.

In Zwolle, Dijon and Lucerne we arrested a total of nineteen individuals and released eight children from captivity. All of the latter were under the age of five or six and were slated for torture and killing; they included five boys and three girls. The cult members we apprehended were turned over to local police after being questioned and their statements were recorded by our teams. (Note: See our separate report on these statements and accompanying evidence retrieved at the sites)

In Rome, London, Paris, Frankfurt, Brussels and Geneva our actions were blunted by the presence of armed paramilitary units at the cult locations. Considering the proximity of these locations to the leaders of the Ninth Circle this was anticipated. Nevertheless we have learned that the planned killings at these major sites were in fact postponed or relocated to elsewhere, possibly because of the public announcement of these locations.

Unfortunately, in Washington DC our team was unable to intervene and we must assume the cult performed their killings. Several of our team members there were arrested by plain clothed officials and are still being held in communicado. We have yet to receive a report from the teams that were to strike at the cult centers in Tara Ireland and in Vancouver and Montreal Canada.

In general our actions were a definite blow to the Ninth Circle and to the confidence of its members. Of great satisfaction to us was the increased cooperation of elements of the local police who assisted us in detaining the cult members. We can say with certainty that the tide is turning.”

Of equal importance to these actions has been a back channel communication that was received yesterday by the ITCCS Central Office from a party claiming to represent an element within the Catholic Curia in Rome (the College of Cardinals). This party has requested an immediate meeting with ITCCS officials.

The Vatican-run Ninth Circle cult has been forced once more onto the defensive, and lives of the innocent have been saved. Divisions are clearly appearing within the Vatican hierarchy and we suspect more revelations soon, especially as politicians in the European Union are beginning to debate the Ninth Circle atrocities.

To all people of good will and to all our affiliates we ask you to not forget that despite this victory the Ninth Circle killings will continue, and our efforts must therefore never slacken. We welcome the flood of new volunteers into our ranks and urge them to undergo our common law Sheriff training programs to equip them to stop once and for all the torture and killing of our children, and those responsible.

Ascension with Mother Earth Speaking with Infowars‘ Michael Zimmerman at the NRA’s annual convention, Sawyer says that intelligence insiders have confirmed that Trump’s vow to take down the elite pedophile ring in Washington DC is already being fulfilled. According to Sawyer, his independent research has led him to discover that high-level government officials routinely torture and kill…

Comic artist from Columbus, Ohio Dustin Rogers has managed to perfectly sum up exactly how the media works in one brilliant cartoon. This is why the human race will never get anywhere until everyone turns off their TV “programming”… (H/T: Blacklisted News) Delivered by The Daily Sheeple We encourage you to share and republish our…

“Most terrorists are false flag terrorists, or are created by our own security services. In the United States, every single terrorist incident we have had has been a false flag, or has been an informant pushed on by the FBI. In fact, we now have citizens taking out restraining orders against FBI informants that are trying to incite terrorism. We’ve become a lunatic asylum.” (source)  – Robert David Steele, the second-highest ranking civilian in the U.S. Marine Corps Intelligence and a former CIA clandestine services officer”

“The goal for the United States is two-fold, as I’ve stated, it’s one to make sure we destabilize Syria, um, destabilize the conflict there, reduce the threat of ISIS. But then secondly is create the political environment, um, not just within the Syrian people, but I think you can have, work with Russia in particular to… 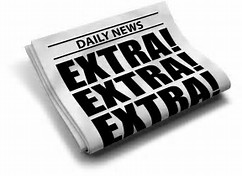 Mainstream media silent as 1,500 pedophiles arrested in the United States since Trump was elected President Donald Trump is making good on his pledge to use the “full force and weight” of the U.S. government to break up child sex trafficking…Read more

via Mainstream media silent as 1,500 pedophiles arrested in the United States since Trump was elected — Sananda

(MPN) Washington, D.C. – Earlier today, Wikileaks once again made headlines following its release of the “largest ever publication of U.S. Central Intelligence Agency (CIA) documents.” The massive release – just the first batch in a trove of documents code-named “Vault 7” by Wikileaks – details the CIA’s global covert hacking program and its arsenal of weaponized…