Experts warn that California still hasn’t reached the peak of 2020’s fire season, but some say that the wildfires are occurring due to something manmade: A directed energy weapon (DEW).

California wildfires have destroyed a record-breaking 2.2 million acres in 2020

According to theCalifornia Department of Forestry and Fire Protection (Cal Fire), 2.2 million acres have burned so far – but the wildfire season is only just beginning.

Two of the three largest fires in California’s history are still burning in the San Francisco Bay Area:

At the very least, it’s bizarre and interesting. According to researcher Dutchsinse, he witnessed a clear beam of directed energy in real-time on September 7th. We know these weapons exist, but is this the best evidence yet of their use?

Read more & video via Is This Conclusive Evidence of a Directed Energy Weapon Being Used in California? — Activist Post OPERATION TORCH AUSTRALIA: A Special Report on the Geoengineered Firestorms and Arson Fires

There are several reasons why the New World Order globalist cabal ordered the geoengineers and arsonists to torch that resource-rich country.

Something extremely significant occurred at the Bush funeral — special envelopes point to swift and sure justice on the way. 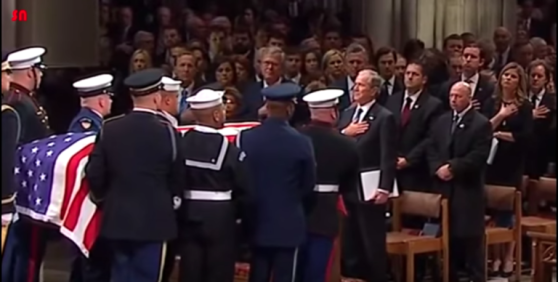 “By any standard what just went down during the Bush funeral is so HUGE it’s incomprehensible.  First, the National Cathedral was in total lockdown with so many VIPs in attendance of the biggest funeral since Ronald Reagan’s.  That means that no one got in or out unless given the green light by the Secret Service.

How, then, was the entire venue cased out so well in advance that videographers were in the perfect position to capture the extraordinary events that took place?  This alone tells you that a massive set-up was, and still is, in the works.  Not sure it gets any more serious than this.  What is soon to follow “the envelope affair” will surely be the most incendiary series of events of the Third Millennium.” — Intelligence Analyst and Former U.S. Military Officer

There has been much controversy over the #wildfire that recently struck #Paradise, #California, was it just a natural disaster or was it on purpose and if so who are the ones behind it?

Today on Edge of Wonder we sit down with author and researcher David Wilcock as he gives us this world exclusive interview on what he thinks is the cause and why it happened to this particular US city. And the answers to this question may just be out of this world.

So hold on tight as we present you with this part 1 of 3 series episode with David Wilcock on Edge of Wonder.

FEAR & LOATHING IN THE BELLY OF THE BEAST