Q reminds us that only at the precipice will society develop the will to change. (Humans Are Free)  The United Nations wants to hand power to dictatorial regimes like China to control the Internet, prompting fears of a massive new free speech purge.

The General Assembly has approved a resolution sponsored by China and Russia to set up a committee of “international experts” whose role would be to stop “the use of information and communications technologies for criminal purposes.”

However, many caution that the move is merely a back door for authoritarian regimes to further censor dissent. →

(Activist Post)  France is bracing for major transportation disruptions throughout the country starting Thursday, as trade unions launch a strike in response to changes President Emmanuel Macron wants to make to the country’s retirement system, while port blockades have resulted in widespread fuel shortages across the country. Much of the Paris Metro will be shut down, as will many national and international train lines, including certain Eurostar services. Flights will also be canceled, as air traffic controllers say they will join the protests through Saturday. →

(Activist Post)  All over the globe, the mood is turning sour. Anger and frustration are bubbling over, and protests are becoming violent in major cities all across the planet. In some cases economic pain is driving the protests and in other cases political matters are motivating the protesters, and it has been a very long time since we have seen so many angry protests happening all over the world simultaneously. Unfortunately, many believe that what we have seen so far is just the beginning. →

Read more via Civil Unrest Is Erupting All Over The World, But Just Wait Until The United States Joins The Party… —

(Activist Post)  Central Barcelona has reportedly been paralyzed as mass protests which international reports estimate to number over a half-million people are driven by outrage at harsh prison sentences for pro-independence leaders handed down by the top Spanish court. →

By Truthstream Media Aaron and Melissa Dykes report from Paris, France where ongoing protests and riots have brought the city to a halt. They explore the on-the ground realities as well as some of the familiar background patterns emerging as legitimate protest combines with those who seek to take advantage of the civil unrest. But are thereother hidden elements that bring into question the timing of this strife? Video: “What’s Really Going Down in Paris?” (31:50)

via What’s Really Going Down in Paris? — 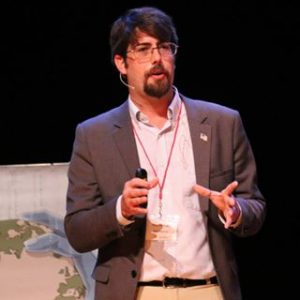 (Natural News) Several “newsflash” items that I think you’ll want to be aware of as geopolitical events heat up: 500+ illegal aliens from the Honduran caravan tried to “bum rush” the U.S. border today and were arrested by Mexican officials after being fired on with tear gas and rubber bullets by U.S. border agents. The……..Read more