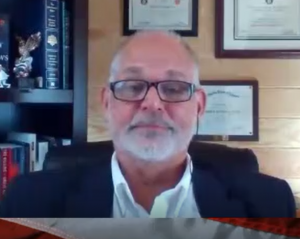 (Collective-Evolution)  A brand new study has come out in 2019 out of the University of Alaska Fairbanks has concluded “definitively” that fire could not have caused the fall of World Trade Centre building 7. Regardless of official government claims that the building came down due to fire, most people knew this wasn’t the case, and 18 years later we now have the definiteve proof. →

Read more via Fire Did Not Cause WTC7 To Collapse, New Study Finds — Collective Evolution

It’s always interesting to read the comments on a post that tries to get to the truth about 9/11. Comments ridiculing these efforts as “conspiracy theory” are still popping up, despite the fact that an overwhelming majority of Americans and global citizens believe that something fishy happened that day and that an adequate explanation as to what happened……Read more

via George H. W. Bush Met With The Bin Laden Family On The Morning of 9/11 — Collective Evolution

*This is an older article of ours that we are republishing to bring awareness to the fact that multiple studies have now determine that 9/11 was a controlled demolition. The latest piece of evidence comes from the University of Alaska Fairbanks, by Dr. J Leory Husley and his team of researchers, who have confirmed that the…Read more

via Another Ex-CIA Officer Speaks On 9/11 & ISIS: “Stories Manufactured By A Small Number of People” — Collective Evolution