(Collective Evolution)  What Happened: John P. A. Ioannidis, a professor of medicine and epidemiology at Stanford University is one of many scientists around the world, and one of several from Stanford University, who has been telling the world that the new coronavirus, so far according to the data, is not as dangerous as it’s being made out to be by mainstream media. For example, earlier on in the pandemic he published an article titled “A fiasco in the making? As the coronavirus pandemic takes hold, we are making decisions without reliable data.“ In the article, he argues that there is simply not enough data to make claims about reported case fatality rate. He stated that rates, “like the official 3.4% rate from the World Health Organization, cause horror — and are meaningless.” →

(Prepare For Change) | by Conscious Reminder:

One of the strongest examples of duality of our time is the belief that there I a disconnect between science and duality.

The amazing Dr. Bruce H. Lipton has been a frontline soldier fighting this misconception, trying to narrow the gap between science and spirit.

Read more & video: “PROTECT And BOOST Your Immune System | Dr.Bruce Lipton On Coronavirus (An Eye-Opening Video)” (10:02) via — Prepare For Change

Researcher and writer Sofia Smallstorm returns to SGT Report to discuss the “second wave” and much more.

[BREAKING—UPDATE: The New York Times (June 27) is reporting that 43 percent of all US COVID deaths are occurring in nursing homes and other long-term care facilities for the elderly. In at least 24 states, more than 50 percent of all COVID deaths are occurring in these facilities. The Times fails to mention deaths of the elderly at hospitals or, at home, cut off from family and friends. The situation is far worse than the Times makes it out to be.]

Continuing my series of articles on the killing of the elderly—which IS what “COVID” IS. →

With everything going on around us, from the public health concerns around us to social distancing, immunity is top of mind for most people. What that means is how do you keep your immune system healthy so that your body is healthy, strong, and resilient — able to withstand whatever life throws at you. So, today I’m going to be talking about five tips to naturally boost and support your immune system. → 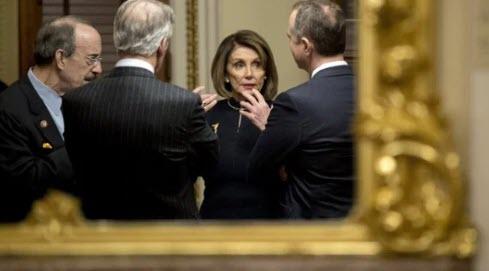 Authored by ‘sundance’ via TheConservativeTreehouse.com,

In order to support the most important political objectives of the DNC writ large in the 2020 election, COVID-19 hype is essential.

The Second Wave agenda is upon us, but Patriots like Steve Scalise are fighting on the side of TRUTH, and 5 [D] Governors and major nursing homes are the target.