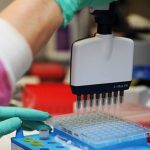 (NaturalHealth365) Is there really a lab test designed to help us avoid problems with our health?  The simple answer is “yes!”  In fact, it’s specifically a genetic test that your doctor may not be performing that can help you avoid thyroid disease and depression, according to several studies.

In addition, if you’re looking to avoid autoimmune disease, liver health issues or depression, this genetic test may prove to be quite useful to you. →

(Natural News) People gain weight throughout the year due to various holidays and celebrations where there are many tempting snacks that you can binge-eat. If you want to maintain a healthy weight during your vacation or during work lunch breaks, it’s time to improve your eating habits. →

Read more via Want to stay fit and keep the pounds off? Follow these 12 tips to prevent weight gain — NaturalNews.com

A study recently released shows that nearly 10 percent of the population of Canada now identifies as being vegetarian or vegan. This is forcing restaurants and meat, egg, and dairy industries, to consider new approaches to a dwindling market. According to research from Dalhousie University, there are 2.3 million vegetarians in Canada, which is up….Read more

(Natural News) Switching to a plant-based diet is easier said than done, making it attractive for only a few people, according to an expert in plant-based nutrition. In the recent Nutrition in Medicine Conference, plant-based nutrition expert John Allman explained what hinders people from getting on board with the diet, as well as strategies to overcome…Read more

via Why aren’t more people eating a plant-based diet? It takes some getting used to — NaturalNews.com

“Everyone has a physician inside him or her; we just have to help it in its work. The natural healing force within each one of us is the greatest force in getting well. Our food should be our medicine. Our medicine should be our food. But to eat when you are sick is to feed your sickness.” – Hippocrates

Fasting has not received as much attention as it should when it comes to the world of health and medicine. That’s because you can’t really make any money off of it. The ‘pharmaceutical science’ studies used in medical schools to teach doctors about human health simply don’t focus enough on fasting for doctors to be knowledgable in the subject. Doctors also learn very little about nutrition and are trained to prescribe drugs as a result.

Dr. Jason Fung is trying to change all that. A Toronto based nephrologist, he completed medical school and internal medicine at the University of Toronto before finishing his nephrology fellowship at the University of California, Los Angeles at the Cedars-Sinai hospital. He joined Scarborough General Hospital in 2001 where he continues to practice and change peoples lives….

Researchers from the National Cancer Institute in Maryland tracked the eating habits of 536,000 men and women between the ages of 50 to 71 for 16 years.

It is the largest study so far to link the consumption of both processed and unprocessed red meat to an increase in death rates from a total of nine different diseases.

The results, published in the British Medical Journal, revealed that people who ate the most red meat were 26 percent more likely to die of nine diseases than those who consume the least.

Heme iron, a type of iron only present in animal meat, may contribute to the risk of dying from cancer or heart disease.

Risk of death from cancer, heart disease, stroke, diabetes, infections, kidney disease, liver disease or lung disease all increased with the amount of meat consumed, and those people with the highest meat intake doubled their chances of dying from chronic liver disease.

The authors of the study stated: Read more at: Rise Of The Vegan