(Humans Are Free)  The Federal Communications Commission (FCC) is supposed to protect the public from the telecom industry – however – they have been failing miserably at this since long before the Trump administration. →

(Activist Post)  The Federal Communications Commission (FCC) is supposed to protect the public from the telecom industry – however – they have been failing miserably at this since long before the Trump administration. Unfortunately, they’ve become much more dangerous during the “Race to 5G” (see 1, 2, 3) which includes them approving tens of thousands of satellites to be launched in order to blast 5G and WiFi at Earth despite catastrophic warnings from astronomers and scientists (see 1, 2, 3, 4, 5, 6, 7). A paper published earlier this year even suggests they may have broken environmental law when they approved SpaceX’s Starlink Mega Constellation (approximately 42,000 spacecraft!) and that they could be sued. Regardless, more satellites were recently launched anyway. →

(ExoPolitics)  On February 27, at the US Air Force Association’s “Air Warfare Symposium”, Space X founder Elon Musk posed the question, “How do we make Starfleet real?” and he proposed reusable rockets as “absolutely fundamental” for the newly created Space Force.

Musk’s aggressive lobbying of reusable rocket propulsion technologies for future space exploration ignores increasing evidence that electromagnetic propulsion systems are not only scientifically feasible, but have been developed for classified spacecraft, many of which have been predicted to be soon transferred to Space Force. → 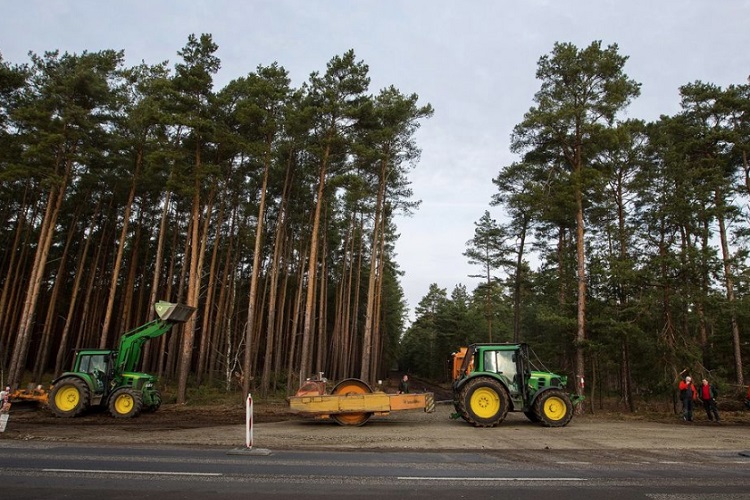 It’s another wonderful case of Elon Musk telling the world “do as I say, not as I do”…

Emboldened by the success of Tesla’s Gigafactory 3 in Shanghai (i.e. it caused a short squeeze in the stock), the company is now pushing non-stop to get its Gigafactory 4, which will be located in Gruenheide, outside of Berlin, Germany, up and running. →

Astronomers are warning that satellites will interfere with their ability to study space. Scientists are warning about high levels of space junk causing catastrophic events. Despite all the warnings and opposition, Elon Musk and his company, SpaceX, still want to blanket space with satellites to blast harmful WiFi and 5G at Earth; and The Federal Communications Commission (FCC) continues to allow it.  On Wednesday night, the latest batch was visible in the Aloha State. →

(Natural News) Life on Mars definitely exists, but NASA won’t prove it at this time because the world is “not prepared” for the “revolutionary” implications of disclosure. This is the claim of Dr. Jim Green, anyway, who recently announced that two rovers, one from the National Aeronautics and Space Administration and the other from the European Space Agency (ESA), are expected to find life on Mars within months of landing there in March 2021. →

Read more via Chief scientist of NASA now “pre-warning” Earthlings that life exists on Mars and will be announced in the next two years… but warns Earth “isn’t ready” for the bombshell — NaturalNews.com