Apparently, weather can be used for warfare as U.S. Defense Secretary William Cohen has previously said, but it can’t be used to help the suffering people in California from wildfires? At least that’s what the government would want us to believe. So why hasn’t geoengineering been used in California to put out the wildfires? by Aaron…..Read more & videos: “Controlling the weather: Is it possible? and “George Carlin: You Have Owners”

via Why Hasn’t Geoengineering Been Used to Stop the California Wildfires? — Humans Are Free

Patents for spraying the atmosphere:

United States Patent and Trademark Office since late 1800’s to the present!​

Questions and Answers about Geoengineering

· Is There Proof That Geoengineering Has Already Been Deployed?
https://www.youtube.com/watch?v=JWFNltIoJF0

·Why Are They Geoengineering?
https://www.youtube.com/watch?v=rpTUhTDFS40

· Can the Government Legally Conduct Geoengineering? Why Would Those In Power Do This To Themselves?
https://www.youtube.com/watch?v=RXBB03O-Efs

·Who Is Behind Global Geoengineering?
https://www.youtube.com/watch?v=Z4VvlhLEELU

·Why Are The Environmentalists Not Speaking Out?
https://www.youtube.com/watch?v=qRCwwl1VXZw

·Why Is The EPA Not Speaking Out?
https://www.youtube.com/watch?v=wKnDeXAbvl0

·What Can We Do To Expose And Halt Geoengineering
https://www.youtube.com/watch?v=2eRTaykx7KQ

· Chemtrails are global covert operation for total control, detecting UFOs
· “Chemtrails” — How They Affect You and What You Can Do
https://www.youtube.com/watch?v=IqATQtwOY34 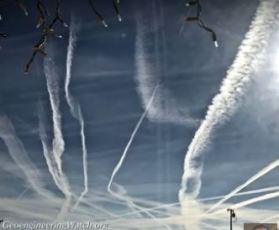 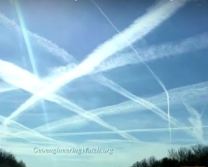 Other ONGOING Crimes Against Humanity

Princess Basmah Bint Saud, humanitarian and daughter of King Saudi, compared geoengineering science and programs to weapons of mass destruction, arguing that their implementation is like setting off a bomb without the nuclear explosion. You can read more about that here. David W. Keith, a professor at Harvard University and chairman of Carbon Engineering, when asked about the spraying of these heavy metals into the atmosphere, of which millions of tonnes would have to be used, he said:

“You may end up killing many tens of thousands of people a year as a direct result of that decision.”

A United States government document printed at the request of the United States Senate Committee on Commerce, Science and Transportation in November of 1978 states:

“In addition to specific research programs sponsored by Federal agencies, there are other functions related to weather modification which are performed in several places in the executive branch. Various federal advisory panels and committees and their staffs – established to conduct in-depth studies and prepare comprehensive reports, to provide advice or recommendations, or to coordinate Federal weather modification programs – have been housed and supported within executive departments, agencies, or offices.”

There are countless documents and more on this, and we’ve been writing about it for a long time. We have multiple heavily sourced articles on our site about the topic of geoengineering and ‘chemtrails’ if you want to learn more.

This is why it comes as no surprise that prominent author and Canadian economist Dr. Michel Chossudovsky, who is the University of Ottawa’s Emeritus Professor of Economics and has worked directly with governments on various geopolitical issues, is one of many people from within academia who is and has been speaking out against the grain for a long time. He makes some great points in an article he wrote on his website:

The significant expansion in America’s weather warfare arsenal, which is a priority of the Department of Defense is not a matter for debate or discussion. While environmentalists blame the Bush administration for not having signed the Kyoto protocol, the issue of “weather warfare”, namely the manipulation of weather patterns for military use, is never mentioned.

The US Air Force has the capability to manipulate climate either for testing purposes or for outright military-intelligence use.  These capabilities extend to the triggering of floods, hurricanes, droughts, and earthquakes.

Weather modification will become a part of domestic and international security and could be done unilaterally… It could have offensive and defensive applications and even be used for deterrence  purposes. The ability to generate precipitation, fog, and storms on earth or to modify space weather, … and the production of artificial weather all are a part of an integrated set of technologies which can provide substantial increase in US, or degraded capability in an adversary, to achieve global awareness, reach, and power. (Air University of the US Air Force, AF 2025 Final Report, http://www.au.af.mil/au/2025/ . Emphasis added)

Multiple politicians have accused the US of using weather weapons, like Hugo Chaves and the Hati Earthquake, for example. You can read more about that here: Was Hugo Chavez Right About HAARP & The HAITI Earthquake? Is Weather Even Natural Anymore?

If we are talking about climate change, is that the real issue here? If so, why is this type of geo-engineering never mentioned in the debate? We’ve fiddled and messed around in our atmosphere so much, and its effects are potentially dangerous, yet it’s ignored. Climate change, like everything else, has become a political issue with greedy intentions behind its solution. The money always seems to come first, not the planet.

It is related to fifty years of intensive and increasingly destructive programs to understand and control the upper atmosphere. … HAARP is an integral part of a long history of space research and development of a deliberate military nature. The military implications of combining these projects is alarming. … The ability of the HAARP / Spacelab/ rocket combination to deliver very large amounts of energy, comparable to a nuclear bomb, anywhere on earth via laser and particle beams, are frightening. The project is likely to be “sold” to the public as a space shield against incoming weapons, or, for the more gullible, a device for repairing the ozone layer.

Environmental modification has been happening for decades yet nobody knows about it, and that’s because the everyday dialogue is controlled by the mainstream media. What’s important is rarely discussed or even acknowledged. During the Vietnam war, cloud seeding was used to prolong the monsoon season.

The US military has developed advanced capabilities that enable it selectively to alter weather patterns. The technology, which was initially developed in the 1990s under the High-frequency Active Auroral Research Program (HAARP), was an appendage of the Strategic Defense Initiative – ‘Star Wars’. From a military standpoint, HAARP  –which was officially abolished in 2014– is  a weapon of mass destruction, operating from the outer atmosphere and capable of destabilising agricultural and ecological systems around the world.

Remember, weather modification, according to the US Air Force document AF 2025 Final Report, “offers the war fighter a wide range of possible options to defeat or coerce an adversary”, capabilities, it says, extend to the triggering of floods, hurricanes, droughts, and earthquakes.

So, next time a discussion about global change comes up, perhaps you can mention geoengineering and weather modification with confidence, knowing that it’s far from a conspiracy theory.