Wild theories and empty seats at CPAC-style conference for the MAGA set – https://politi.co/2ElkfFa

Earth’s magnetic poles could start to flip. What happens then? –https://bit.ly/2QnOFNp

Scientists levitate objects by just POINTING at them –https://dailym.ai/2EaCFar

Could the world’s first bee vaccine save honeybees? –https://dailym.ai/2L4U1au

There has been much controversy over the #wildfire that recently struck #Paradise, #California, was it just a natural disaster or was it on purpose and if so who are the ones behind it?

Today on Edge of Wonder we sit down with author and researcher David Wilcock as he gives us this world exclusive interview on what he thinks is the cause and why it happened to this particular US city. And the answers to this question may just be out of this world.

So hold on tight as we present you with this part 1 of 3 series episode with David Wilcock on Edge of Wonder.

All the evidence here is continuing to unfold.

Ground Zero of the 7.0 Earthquake that started “mysteriously” in my hometown of Big Lake, Alaska, was a vacant lot approximately a block and a half from my house.

The HAARP-type resonance technology used is typically activated by the Navy which has mobile units on board its ships and submarines, but would also have to be allowed by the ground-based Air Force counter-measure units.

This technology leaves a characteristic “energy imprint” — and as one Witness put it, “The Earth Just Rang Like a Bell and We Don’t Know Why”.

The energy imprint and the compression wave that followed are all consistent with a Resonance Energy Weapon attack on a tiny, defenseless, unincorporated hamlet in the middle of Alaska.

The plates in my kitchen cabinets didn’t fall or slide out onto the floor as a result of shaking and sliding that occurs in a normal earthquake. Instead, whole stacks of plates broke in half as a result of a Karate Chop-like force hitting them at 90 degree angles to the progress of the shock wave.

To the Bullies and Bad Men who did this — you are all a bunch of cowards and criminals who deserve to be removed from this planet.

I am waiting for the day when the “Tares” are swept away.

Any member of the U.S. Military involved in this — you have committed treason against this country and its people.

Any member of the UN “Peacekeeping Forces” involved in this — you have committed international crime and violated the ENMOD Treaty: Big Lake is not a “domestic target”. And neither are we.

See this article and over 1300 others on Anna’s website here: www.annavonreitz.com 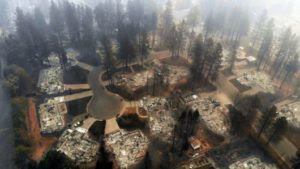 And now… the rains in Paradise. Getty Images.

The independent media community is doing their darndest to share the truth about this overt attack on Humanity and are doing a fine job.

Following are more chapters in this virtual tome of evidence of the crimes repeatedly committed on America’s west coast—blamed on the fictional global warming, climate change and Mother Nature.

FEAR & LOATHING IN THE BELLY OF THE BEAST 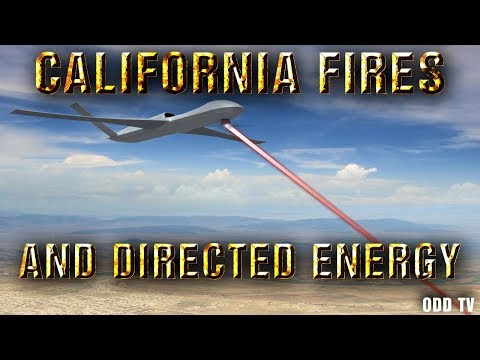 “Operation Torch California is a very real ongoing black operation being conducted by the U.S. Intelligence Community in collusion with Operation Gladio.

These false flag terrorist attacks are first and foremost a highly sophisticated psyop.

They have many goals. And they will continue until California has been completely subjugated by the globalists.”

Here is a link for photo evidence of DEW technology >>> When we think of farms and fresh vegetables we think of the huge plots in the outskirts of the cities. However, Farm One in New York City has revolutionized the concept of farming completely through scientific research and innovation. They made it possible for passionate chefs and restaurants across the city to get access to healthy and fresh farm produce without any delay by creating a 1500 square feet farm set up in the basement of a building within the city itself.

They grow around 500 different types of plants, keeping in mind the special demands of the chefs. Since the set up is made by them, they have full control over the optimum environment the plants need to grow properly and also the nutrients they need. They handle all the parameters in way that would give them the right plants with the exact features like size, colour and shape which are demanded by the customers.

The seeds are planted in recycled coconut husks that allows them to derive nutrients as well as space to grow roots. Also, these plants are placed in raft like structures over water which helps the roots to suck in the moisture and grow correctly.

Moreover vertical farms like these use a lot less water compared to traditional ones since the system is created to recycle the water. They don’t use pesticides and instead allow beneficial insects like ladybugs to feed on the plants. Lack of pesticide also allows people to eat the plants directly with no need of cleaning them.

Rob Laing, the creator of Farm.One, got the inspiration for a farm like this in 2015. He was a culinary student and during those days he came across several exotic plants and vegetables that are difficult to find and so it motivated him to create a healthy set up like this to make these ingredients available to all. The products are sold on the day of their harvest, which are then delivered through subway or bikes as fast as possible. Most of their customers are half an hour away from the outlet.

All these ingredients are grown based on the criteria sent in by the chefs like the leaf shape and size which Farm.One produces in batches for them. These chefs are very impressed with this system as it allows them to create the best dish with the healthiest ingredients. Earlier these chefs had to order stuff from California or Mexico which needed to be packaged carefully to keep them fresh. These extra packaging measures created more waste. Farm.One’s unique technique of production has reduced expenses on both sides.

Having witnessed such a great success of his venture, Laing wishes to expand this business to several other major cities and is of the opinion that their resourceful and technologically advanced system can be utilised in different ways. Although they produce unique plants, the system makes them less expensive and he hopes his innovation will lead to more farming ventures in cities in the future.

A damning report from the Environmental Working Group has just revealed that drinking water for more than 170 million Americans in all 50 states contains radioactive elements that are shown to cause cancer. Not only does the report expose the deadly levels of radiation but it also shows that officials have been actively covering it up. EWG’s investigation. …