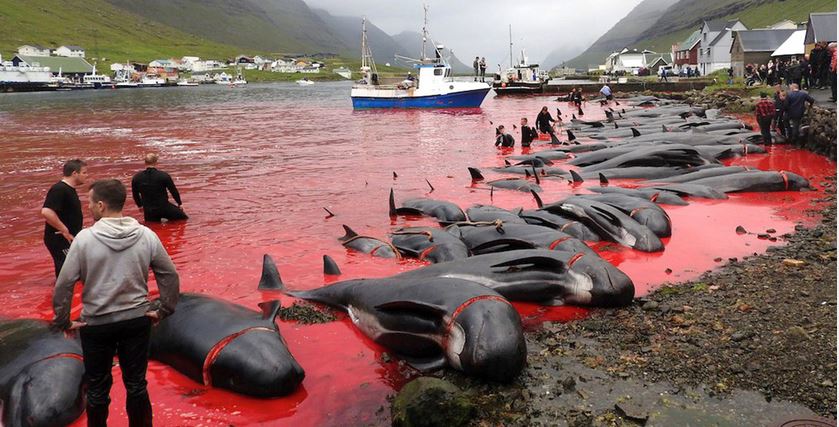 Sea Shepherd Global has documented the grisly annual hunt and slaughter of pilot whales and dolphins in the Danish Faroe Islands.

Over the course of ten weeks from this July to early September, the volunteers documented nine separate grindadráp events (what these yearly hunts are called in Faroese). According to the group, 198 Atlantic white-sided dolphins and 436 pilot whales were killed.

The Faroese whaling tradition, also known as a grind, has a recorded history since 1584. During a grind, island authorities allow a flotilla of boats to drive dolphins and whales into a shallow bay. The animals are then killed with a whaling knife that severs their spinal cord.