COVID-19 has been devastating on countless American businesses and workers. However, some companies and their owners seem to be doing better than ever. C’est la vie.

Trump Just Projected Part Of The Economic Plan – Episode 2274a

The economy is coming back strong and now we are beginning to see inflation, this is the beginning stages this is why the Fed is now using a different method to explain away inflation. Interest rates are lower again and we are seeing an uptick of mortgage applications. The D’s are trying everything they can to get funding for their states, it is not working. Trump projects part of his economic plan.

People Are Breaking Free Of The Narrative, For The First They Can See Clearly – Episode 2274b

The [DS]/MSM narrative is falling apart, they are now caught in their own lies and people are waking up. People are watching everything and they are logically thinking, the plan is failing rapidly. What the people are witnessing is the 16 year plan, it is now being presented to the American people and they see how the [DS] wants to destroy the country, the people are rejecting this.

Trump and the patriots delivered on the economy, the tax cuts show that more people have more money in their pockets. New trade deals have been negotiated, bad trade deals removed. US is energy independent, Trump is preparing for the economic transition. The [CB] are panicking, their debt load is going to collapse the world economy and they are exposed.

Nobody Is Above The Law [Not Anymore], Justice Will Be Served – Episode 2053b

The [CB] are panicking, their debt load is going to collapse the world economy and they are exposed. The [DS] is now panicking, their impeachment plan failed, the people understand what [DS] has tried to do. People know if they can do this to a president they can do this to anyone. Q dropped more bread, the [DS] are stalling to turn R’s and they are trying to get something to show there was a crime. Those responsible will be held accountable, nobody is above the law.

Financial writer and book author John Rubino says he can see the end of the economic expansion fueled by massive debt creation. Rubino explains, “Every sector of the U.S. economy is so over indebted I don’t see how we go on much longer. The Fed is desperately trying to prolong this thing. We are running trillion dollar deficits now, and what that is for is to keep the system from falling apart. We are 11 years into an expansion, a record. This is the longest bull market in history, and this is the longest economic expansion in history. . . . →

Optics Are Very Important, The Setup, The Takedown – Episode 2016a

The Trump administration now control the economic narrative, the [CB] was just setup, optics are very important. China put out a story that tariffs would be removed in phases when each part of the deal is made. Trump administration reminds everyone that Trump has the authority do remove tariffs. The Fed does not like what Texas is doing, they seeing where it is all headed.

Message Sent, Caught The Swamp, They Never Thought She Would Lose – Episode 2016b

The [DS] impeachment plan is a big failure. The leaked transcripts are now showing the opposite, but the plan was to keep this going.  Evidence is now in favor of the patriots. The WB lawyer past is now starting to catch up with him. Many arrested for child pornography. Trump mentions that he caught the swamp, the message received, the swamp is going down.

Trump and the patriots are hitting the [CB], this is all part of the plan, this will intensify as we move into 2020. Trump need the [CB] to lower rates to zero or in the negative range, this will happen. The China deal location is now being discussed because APEC was cancelled. Trump hits the Fed again letting the American people know who will be responsible when the economy comes down.

This Is a Methodical Plan Moving Ahead With Military Precision,[DS] Has Been Warned – Episode 2009b

The [DS] believes they have the upper hand, this is what the patriots want them to believe, the [DS] took the bait and now they are going to be exposed. The witnesses have no evidence and once again we are finding out that most of these so called witnessing have a connection to the [DS]. Trump and the patriots have united the Rep party, together we are stronger this was part of the plan. Barr/Durham moving along with their criminal investigation, this is not about a 4 year election, its about giving the power back to the people. The [DS] has been warned. 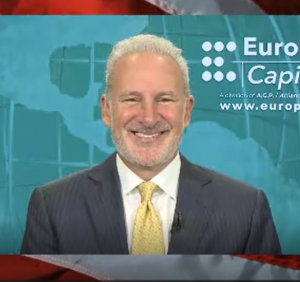 Money manager Peter Schiff says the Federal Reserve has already started a new money printing program that continues to expand the debt bubble and keep global markets propped up. This started abruptly last month in what is called the “repo market,” where the Fed provides liquidity for traders of short-term money or overnight funding. Schiff says, →

The US Has The Hottest Economy In The World, Transition Set – Episode 1985a

Trump and the patriots are making the US economy look hotter than ever, the question is why, this way if the rest world is not doing well companies will come
back to the US and countries will want to invest in the US. Trump is deregulating and cutting taxes, he just the Germany budget by 20 million.The US is now the
hottest economy.

The Patriots Are Over The Target, Watch What Happens Next – Episode 1985b

Rep Tlaib is now having her finances reviewed by the FEC. KH wants Trump kicked off Twitter. The [DS] whistleblower complaint has hit a road block, the
narrative is falling apart and more evidence shows that AS and the C_A colluded to try to bring down the President, this is a coup. The Ds passed healthcare for
the undocumented immigrants but not for veterans. NK talks will resume in Sweden. The patriots are over the target, what comes next is going to be the downfall
of the [DS]. Enjoy the show.

BREXIT is going to happen, no matter what

The public has become disillusioned

Politically, truth is outright claptrap as Brexit is torpedoed

(The Final Wakeup Call) Politicians are commonly bribed by the Deep State, forcing them to dance to their music for fear of public exposure for anything from financial fraud to paedophilia. Be assured they don’t represent the interest of the people as they should do. Look at Brexit for example, how Theresa May for three straight years has obstructed Britain’s exit from the EU. She constantly said one thing, while doing the other. When she said we will follow the will of the people, we now know that she always meant the opposite. Theresa was working for the EU-cabal and not for the people. She clearly misjudged the mood of the British people. She didn’t care what the people were saying. She went stubbornly aheadwith the EU-plan as was instructed in Brussels. Because the Rothschild central bank ECB wants to hold onto their power at all costs. They have have assembled every bribery trick and blackmail trap available to let the Parliamentarians put the country into a state of chaos and panic. In the interim, the public opinion has turned against the politicians, despite the propaganda made by the Deep State owned mainstream media. In preparation for Brexit the Monarchy and the top of the British Army are aligned to Sovereignty, which has made a No Deal Brexit on the 31st of October next a done deal. →