(Prepare For Change) | by Conscious Reminder:

One of the strongest examples of duality of our time is the belief that there I a disconnect between science and duality.

The amazing Dr. Bruce H. Lipton has been a frontline soldier fighting this misconception, trying to narrow the gap between science and spirit.

Read more & video: “PROTECT And BOOST Your Immune System | Dr.Bruce Lipton On Coronavirus (An Eye-Opening Video)” (10:02) via — Prepare For Change

Dr. Russell Blaylock warns that not only do face masks fail to protect the healthy from getting sick, but they also create serious health risks to the wearer. The bottom line is that if you are not sick, you should not wear a face mask.

With the advent of the so-called COVID-19 pandemic, we have seen a number of medical practices that have little or no scientific support as regards reducing the spread of this infection. One of these measures is the wearing of facial masks, either a surgical-type mask, bandana or N95 respirator mask. When this pandemic began and we knew little about the virus itself or its epidemiologic behavior, it was assumed that it would behave, in terms of spread among communities, like other respiratory viruses. Little has presented itself after intense study of this virus and its behavior to change this perception. → 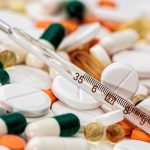 (NaturalHealth365) The U.S. Centers for Disease Control and Prevention (CDC) “estimate” that 14,000 – 36,000 deaths have occurred (due to the flu) since October 2019.  Although the CDC does admit: they don’t know exactly how many die because the flu is “not a reportable disease in most areas of the U.S.” →

GMI Reporter, Green Med Info Waking Times A provocative new study on flu virus transmission found that subjects had 6.3 times more aerosol shedding of flu virus particles if they received vaccination in the current and previous season compared with having no vaccination in those two seasons. Vaccination is predicated on the rarely questioned belief that it…Read more

via Research: Flu Vaccine Increases Your Risk of Infecting Others by 6X — Waking Times

A bombshell new scientific study published in the Proceedings of the National Academy of Sciences (PNAS) finds that people who receive flu shots emit 630% more flu virus particles into the air, compared to non-vaccinated individuals. In effect, this finding documents evidence that flu vaccines spread the flu, and that so-called “herd immunity” is a medical hoax because “the herd” is actually transformed into carriers and spreaders of influenza.

Details of this bombshell study have been revealed by Sayer Ji at Green Med Info, a site that’s rapidly becoming one of the world’s most authoritative sources on intelligent analysis of real science. Green Med Info has published 500 studies that document the adverse effects (and injury) of vaccines. Find that extensive list at this link.

This article was written by the Greenmedinfo Research Group, from Greenmedinfo.com. For more information like this from Greenmedinfo, you can sign up for the newsletter here. A provocative new study on flu virus transmission found that subjects had 6.3 times more aerosol shedding of flu virus particles if they received vaccination in the current and previous season compared….Read more

via Flu Vaccine Increases Your Risk of Infecting Others by 6-Fold, Study Suggests — Collective Evolution