(NaturalHealth365) You can’t see, smell or taste them – but for many years silver nanoparticles have been added to our food supply (and medications) at an alarming rate. Like me, I’m sure you’re wondering why would food producers – and the pharmaceutical industry – place silver in their products?

Sadly, the media loves to portray this idea of using nanoparticles as ‘no big deal.’

(Natural News) Lots of people are waking up to the dangers of conventional produce and sticking to organic varieties, but a recent study serves as a reminder of why it’s also important to go organic when it comes to cow’s milk too.

The study, which was published in the Public Health Nutrition journal, found that a significant amount of the conventional milk sold in the U.S. contains dangerous contaminants. For the study, researchers randomly purchased half-gallon jugs of conventional and organic milk at various retail stores. All told, they studied 35 samples of conventional milk from 18 different brands alongside 34 samples of organic milk from 10 different brands. →

(Natural News) When modern medicine can’t solve a health issue, nature often comes to the rescue. Although many people believe that the latest cutting-edge medical developments surely must outperform anything that can be found in nature given the research and money that goes into development, studies like a recent one on cystic fibrosis patients prove that nature still has a valuable place in treating illnesses. →

(Natural News) Coconut is a popular health-promoting and versatile medicinal food that provides a variety of  benefits, including boosting heart health, reducing stress, and preventing brain diseases like Alzheimer’s. Now, recent research suggests that coconut, specifically coconut oil, has antifungal properties as well. A study published in the American Society of Microbiology’s journal mSphere found that coconut oil can control the overgrowth of Candida albicans, a type of pathogenic yeast, in mice. This suggests that coconut oil can be used as an alternative to antifungal drugs to reduce the risk of contracting infections caused by this pathogen. →

Read more via The antifungal properties of coconut oil extend even to opportunistic pathogens: Study — NaturalNews.com

(Natural News) The avocado is a superfood with a rare mix of healthy fats and fibers that nourish and support the body. As long as people don’t overeat the fruit, adding avocado to their diets will help regulate their appetite, thus contributing to weight loss. →

Read more via Consume this superfood – in moderation – to naturally curb your appetite — NaturalNews.com

(Natural News) French researchers can give you a scientifically backed reason for why you should switch to an organic diet. In an epidemiological study, they found that participants who ate plenty of organic foods are less likely to develop certain types of cancers, especially when compared to those who eat little or no organic foods.

In particular, the chances of developing breast cancer, non-Hodgkin lymphoma, and other lyphomas went down. The researchers surmised a connection between this and the reduced amount of synthetic pesticides in the diet of people.

Read more via Yet ANOTHER reason to eat organic food: It reduces your risk of getting cancer — NaturalNews.com

(Natural News) Turmeric has proven itself to be an outstanding candidate for the treatment of cancer. In a study by researchers from Guangdong Medical University and the University of Macau in China, this superfood showed potent anticancer properties against chemo-resistant cancer cells.

Chemotherapy is one of the most commonly used conventional treatments for cancer. This drug-based approach aims to prevent cancer cells from dividing and growing by killing them. Unfortunately, chemotherapy has very low efficacy and many cancer cells are able to survive it. To make things worse, the cancer cells that survive can develop resistance to the treatment used, which makes it even more difficult to get rid of them. Moreover, chemotherapy doesn’t just target cancerous cells but healthy cells as well. This leads to side effects like nausea, vomiting, hair loss, fatigue, low white blood cell count, bleeding, anemia, loss of appetite, and mental health problems…Read more

via Researchers are stunned at the tremendous anticancer potential of turmeric — NaturalNews.com 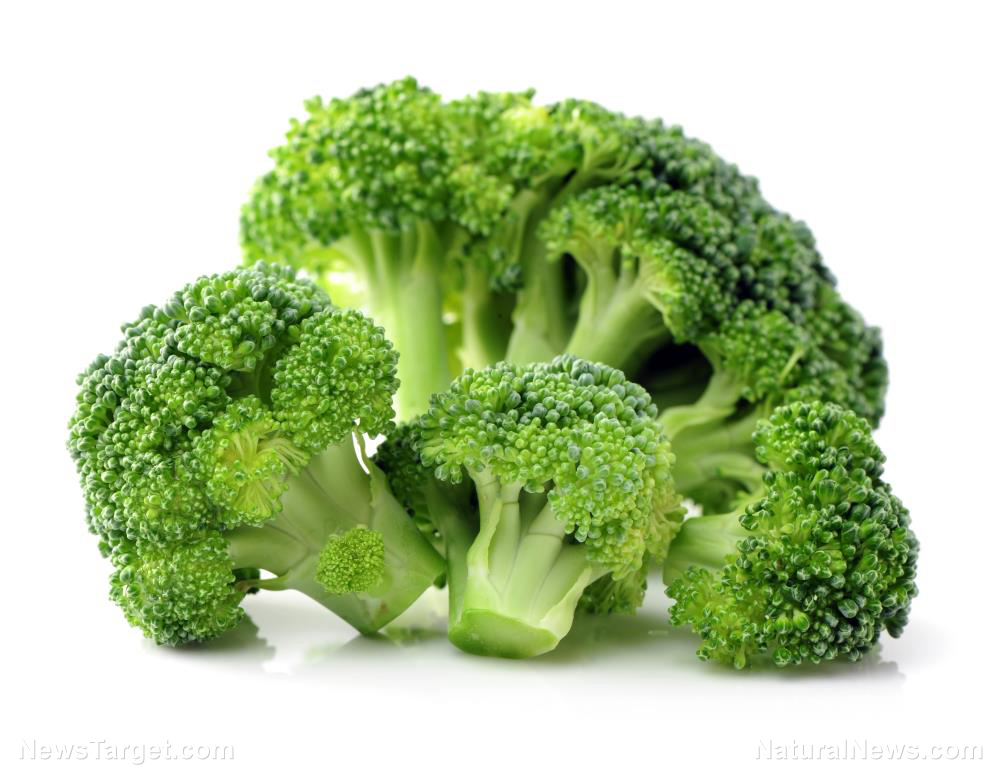 (Natural News) Even though we’ve made tremendous advances in science in recent years, some of the best medicine you can find today comes from plants and trees. Case in point: broccoli. It’s always been considered a health food, but now, a new study published in the Journal of Nutrition shows that this cruciferous vegetable has the power to protect against liver cancer.

It’s an important finding as obesity – which has been linked to liver cancer – is skyrocketing in the U.S., due largely to the poor American diet. This unhealthy way of eating sees more sugar and saturated fat stored in the liver and converted to body fat, placing people at risk of non-alcoholic fatty liver disease, which leads to cirrhosis and liver cancer. Obesity places men at a five times higher likelihood of developing this deadly cancer….Read more

(Natural News) An animal study published in the journal Cell Reports has revealed that examining the chemical signatures present in gut bacteria and passed on to the urine may hold clues on how the body reacts to poor food choices. The scientific community has long established that various species of bacteria and other gut microbes work with the body’s own…….Read more