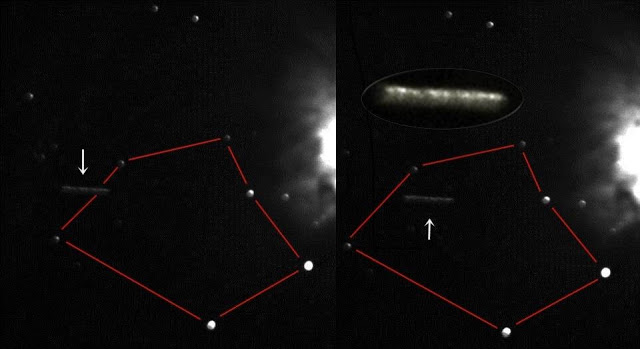 On November 29, 2017 a sky-watcher from North Carolina was out collecting data on M42 Orion Nebula with his 8 in astrograph / Newtonian Telescope when a giant cylinder shaped UFO appeared on his laptop screen which he captured in a single 30.2 second frame.Possible interstellar alien craft near Orion Nebula captured on December 11,…Read more & photos

via Giant Interstellar Alien Craft Near Orion Nebula Shows Up Again – The Truth Is Out There! — UFO Sightings Hotspot