(NaturalHealth365) When the concept of genetically modified foods was first discussed, the intent was positive.  Because, according to some scientists, GMO technology was supposed to help farmers grow more food to “feed the world” and we were told that genetically manipulated food was the same as their natural counterparts.  Ultimately, many people bought into the notion that this “new way” of growing food would help end the worldwide hunger crisis.

(NaturalHealth365) We sometimes use the words “gut instinct” to refer to a deeply held belief or powerful impulse – without fully realizing just how appropriate that phrase is.  Researchers are beginning to recognize the immense power of the gut microbiome (the community of bacteria living in the gastrointestinal tract) to protect against disease, regulate metabolism and even influence mood and outlook. Humans Are Free | by Teri Wade

Humanity has been sought after our entire existence due to a little thing called human DNA. Our DNA has been damaged and we have been dumbed down to the point that we’ve never known how incredible we really are. → 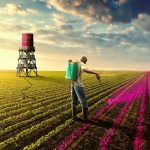 With loving greetings from all souls at this station, this is Matthew. Let us begin with a matter of interest to a number of other readers, too: “If there is indeed to be a golden age, how can that be with the misused wealth and power that still is holding millions in a rigidity or bondage that seems so complicated? What are we as awakening ones to do toward any freedom within our lifetime; say— the next 20 years??”
Dear ones, you have been helping to manifest progress every step of the way. All you need to do is continue BEing who you are—the personification of love and light—and radiating your essence! →

Matthew Ward on the Risks of Vaccination

In late 2018, Matthew Ward warned us at length about the dangers of vaccine. I’d like to look here at the matter of pandemics, toxic vaccines, and Big Pharma. Notice the intervention of our star family in this matter, as in many others: “Extraterrestrial special forces scientists are neutralizing to the extent possible the toxins [Read more]

With loving greetings from all souls at this station, this is Matthew. Several of the numerous readers who are asking about the Ebola outbreak referred to it as the “Ebola scare”—and rightly so, as scare is one of the reasons the virus was recently released again. When it was developed in a laboratory by Illuminati [Read more]

Due to currents levels of soil depletion, genetic modification and pesticides, crops grown decades ago were much richer in vitamins and minerals than the varieties most of us get today. But what’s the nutritional difference between a carrot in 1950s and one today?

Read more via Have Fruits and Vegetables Become Less Nutritious? — Wake Up World