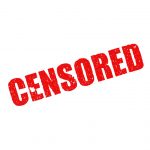 (NaturalHealth365) Wear a mask. Get a COVID-19 vaccine. Spray down your entire house with powerful disinfectants. Assume everyone you meet in public is infected with SARS-CoV-2.  It seems like our natural immunity to dis-ease is no match against this current pandemic.

These tips to slow the spread from the Centers for Disease Control and Prevention (CDC) aren’t necessarily “intended” to inspire fear and paranoia, but it’s not hard to see how this is exactly what’s happening as a result. →

So, one doctor tried to offer an “alternative” and got in trouble for it. →

(Natural News) U.S. Supreme Court Justice Ruth Bader Ginsburg has pancreatic cancer. Multiple media sources are now reporting that she recently underwent three weeks of radiation treatment for a “localized malignant tumor” that was found on her tumor July 31st of this year. This is her second cancer treatment this year, according to media reports. →

Read more via Ruth Bader Ginsburg has pancreatic cancer and received radiation treatments; too bad Google and YouTube are censoring all the cancer cures that really work — NaturalNews.com

(NaturalHealth365) Spirulina is often referred to as a “superfood” – which is a popular buzz word in the natural health and wellness world.  But, you might be wondering: of all the supplements out there being touted as a superfood, which ones are actually legitimate?

Turns out spirulina – a type of blue-green algae that grows in both salt and fresh water – is one of them. And a remarkable study published in the peer-reviewed journal Hypertension just revealed how spirulina offers a specific natural benefit to people living with hypertension….Read more

Ayurveda is the traditional holistic medicine from India and one of the oldest healing modalities, being practiced for more than 5,000 years. Its teachings follow a balanced, holistic approach to natural health. The main precept of Ayurveda promotes good health through balance of body, mind and consciousness using special herbs in combination with suggested Ayurvedic….Read more

Western medicine has some good points, for sure, and is great in an emergency, but it’s high time people realized that today’s mainstream medicine (western medicine or allopathy), with its focus on drugs, radiation and surgery, is at its foundation a Rockefeller creation. The Rockefellers, of course, are one of the most rich and powerful families…..Read more

(Natural News) Over the past few decades, the incidence of many chronic degenerative diseases including cancer, autoimmune disorders, diabetes, cardiovascular problems and Alzheimer’s disease have all risen by an alarming rate – and Western medicine offers no cure. And, while conventional medicine continues to ‘treat’ every ill with a pill or surgery – the actual…..Read more

via Traditional Chinese medicine – How to heal the body naturally — NaturalNews.com

(Natural News) The pharmaceutical world will do everything in its power to protect its cash cow. Anything that stands in its way will be eliminated. In just over one year, more than 60 holistic doctors and researchers have been found dead, most of them in suspicious circumstances.

Christopher Bayley King, 49, is the latest holistic doctor to be murdered in cold blood. He was eating at the Farm to Table Restaurant, Bramble & Hare, when he was approached by a man named Louis Joseph Sebastian, 32, and shot dead on Memorial Day, reported Your News Wire. Just before he got murdered, Dr. King was arguing with his killer. Then they went outside and Dr. King got shot…