According to officials, a laptop that was owned by former U.S. Congressman Anthony Weiner, which was seized by law enforcement, contained a video of Hillary Clinton and Huma Abedin skinning the face of a live screaming girl. →

Read more via Why did Daily Mail use the word ‘frazzled’ in story about Secret Service? (frazzledrip)? — Timothy Charles Holmseth REPORTS 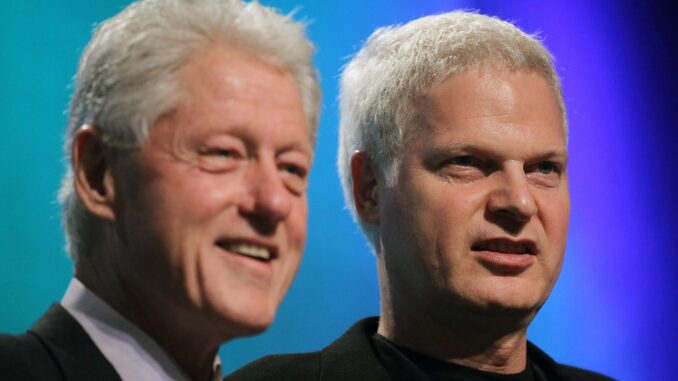 Unconfirmed reports have been received by the Pentagon Pedophile Task Force that film producer Steve Bing, the Bill and Hillary Clinton associate who recently (allegedly) leaped to his death, is the man that filmed Frazzledrip. →

As many people are aware, CTH has decided to go back through two years of documents, releases, reports, testimony, media interviews; including interviews with fired FBI Director James Comey; question all prior assumptions; re-examine the entire framework within all the known granular DOJ and FBI activity; and finally contrast it all against the full scope of released messaging between FBI Agent Peter Strzok and Lisa Page.

Within this project some breakout discoveries need to be highlighted. One of those discoveries pertains to the Fox News interview with James Comey and Bret Baier.

Within the interview Mr. Comey is questioned about the announcement of re-opening of the Hillary Clinton email investigation on October 28th, 2016. In his response to why there was a delay between the FBI being notified by New York on September 28th, and waiting until October 28th, James Comey revealed a very important nugget.

The New York U.S. Attorney (SDNY) called Main Justice in DC to ask about why they were not receiving authority for a search warrant. We knew that call took place on October 21st, 2016. Now we know “why” and who New York called at DOJ HQ.