(Natural News) Administering Wuhan coronavirus (Covid-19) “vaccines” to children under duress is a form of “coercive human experimentation,” and those pushing for such are guilty of “crimes against humanity,” says Dr. Vladimir Zev Zelenko, M.D., the discoverer of the famous Zelenko protocol.

Speaking to America’s Frontline Doctors (AFLDS), Dr. Zelenko revealed that there is absolutely no reason to inject children with experimental mRNA (messenger RNA) or viral vector Chinese Virus jabs because this age group has an almost zero risk of testing “positive” for the virus in the first place.

(Editor’s note: Thanks to Canadian Henry Makow for publishing this.)

My name is Mark Trozzi. I am a medical doctor; I graduated in 1990 from The University of Western Ontario. 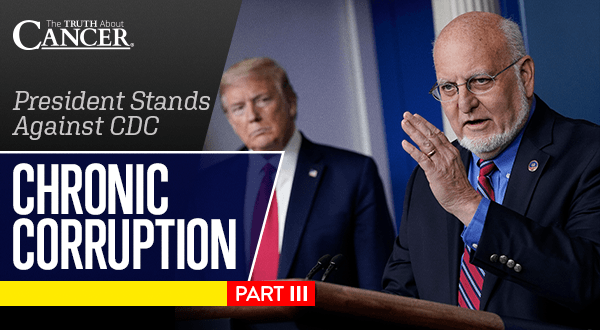 (Collective-Evolution)  “Fact-checkers” are patrolling the internet hard and censoring an enormous amount of content and specific media organizations, like Collective Evolution. Working simultaneously together with this fact-checker is mainstream media, which for the most part have become mouthpieces for the “establishment,” and have become a tool to promote information that just isn’t true or has very little backing while simultaneously  ridiculing anything that threatens their narrative. Big media’s connections with special interests from big corporations and government agencies alone is quite large. You can read more about that and find multiple examples in an article I published earlier on that specific topic that goes into more detail, here. →

(Natural News) Today we bring you an important update and correction. I had previously voiced concerns about Trump promoting Big Pharma and the coronavirus, fearing that the White House had been taken over by the “death science” con man Dr. Fauci and other Big Pharma operatives.

I can confidently tell you today that my fears were unfounded. President Trump has not given in to Big Pharma and the vaccine industry, and he actually pushed Fauci onto the stage in order to attract intense public scrutiny that has now exposed the Fauci fraud for what it really is.

At the same time, Trump has taken other actions that are courageous and compelling: →

(GATEWAY PUNDIT)  Dr. Ivette Lozano joined Laura Ingraham on Monday night after President Trump announced he was taking hydryoxychloroquine as a prophylactic against the coronavirus.

Dr. Lozano has been treating coronavirus patients in Texas and having great success with hydroxychloroquine.  The Texas doctor praised President Trump for his leadership.

Read more & video: “Dr. Ivette Lozano: “The People of the United States Need to Know They Have a Brilliant President” (6:49) via GATEWAY PUNDIT

President Trump revealed to reporters on Monday he’s taking hydroxychloroquine in an effort to prevent getting coronavirus, saying he’s been taking a pill every day for about a week and a half.