On March 12th, 2020, Anderson Cooper and Dr. Sanjay Gupta held a global town hall on “Corona Facts and Fears.” During the discussion, Anderson said to the viewing audience, “And, again, if you are concerned about coronavirus, and you haven’t gotten a flu shot…you should get a flu shot.”

Setting safety and efficacy of influenza vaccination aside, is Anderson’s claim that the flu shot will help people fight COVID-19 remotely true? The short answer is no.

In fact, the results of many peer-reviewed, published studies prove that Anderson’s recommendation may have been the worst advice he could have given the public. →

Read more via Pentagon Study: Flu Shot Raises Risk of Coronavirus by 36% (and Other Supporting Studies) — Prepare For Change 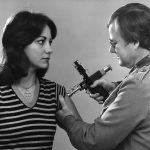 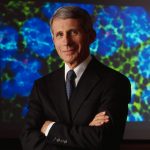 (NaturalHealth365) Since the publication of our recent article on Dr. Anthony Fauci, the head of the National Institute of Allergy and Infectious Diseases (NIAID) and a member of the Coronavirus Task Force – we’ve been blown away by the response of our readers. Believe it or not, several readers suggested that Dr. Fauci is an “honorable” man and that he should be trusted. Of course, most of our readers thought quite the opposite.

Today, thanks to the courage of Judy Mikovits, PhD – one of the most accomplished scientists of our time – you’re about to discover a “Dr. Fauci truth” that will blow your mind. And, I can assure you, you will never hear about this information through conventional media outlets.

Can we really trust Dr. Anthony Fauci after watching this? →

Children’s Health Defense (CHD) is leading a historic legal action against the Federal Communication Commission (FCC) for its refusal to review their 25 year old guidelines, and to promulgate scientific, human evidence-based radio frequency emissions (“RF”) rules that adequately protect public health from wireless technology radiation. The Petition contends the agency’s actions are capricious and not evidence-based. The Petition was filed on 2/2/2020 in the U.S. Court of Appeals for the Ninth Circuit. →

(Collective-Evolution)  Washington, DC – Thousands of advocates for children’s health will gather Thursday at the Vaccine Injury Epidemic (VIE) Event on the National Mall to mark the 33rd anniversary of National Childhood Vaccine Injury Act (NCVIA). The rally on Nov. 14th will spotlight the devastating impact NCVIA has had upon the state of children’s health. While children continue to be injured by vaccines daily, vaccine makers cannot be held accountable, thereby eliminating incentive for vaccine safety. →