FoSo, what exactly happened? Well, indigenous people are left aghast and Canadians are reeling from this recent grim discovery. This shone a harsh light on history because of the North American country’s bloody story that centered around native genocide.

The Facts: Remains of 215 children were recently discovered at a site near what used to be a Kamloops Residential School, in British Columbia, Canada. A survivor from the school, William Coombes, shares his story about a supposed visit from the Queen.

Reflect On: Why has the genocide of indigenous peoples not only in Canada, but around the globe not really “publicized like the Holocaust was?

As of February a Citizens Grand Jury investigation has expanded from a kidnapping of ten children by Queen Elizabeth into a probe of a suspected medical killing ground for aboriginals – St. Paul’s Catholic Hospital in Vancouver Canada. The Grand Jury inquiry involved thousands of missing native men, women and children on Canada’s west coast.

The probe actually began back on Oct. 10 1964 with the disappearance of ten Canadian native children in Queen Elizabeth and Prince Phillip’s care and a witness to the abduction who mysteriously died in 2011 just before his testimony before a London Tribunal investigating the kidnappings. Queen Guilty In Missing Children Case, Whistleblowers Incarcerated, Again

Queen Elizabeth’s ten children were residents of the Catholic Kamloops Indian residential school in British Columbia. On Oct. 10 1964 their disappearance was witnessed by several children, including ten year-old William Combes. 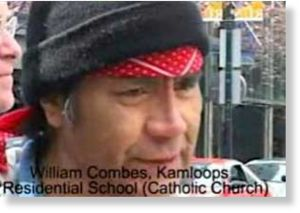