Former CIA Officer and counter-terrorism expert Kevin Shipp says new emails released about the business dealings of [H]unter [B]iden show Vice President [J]oe [B]iden was personally involved in his son’s business dealings in China and Ukraine. For many months, [J]oe [B]iden said he does not know anything about [H]unter’s business, but newly released emails say that is a lie and treasonous………

Former CIA Officer and counter-terrorism expert Kevin Shipp says, “I think people need to understand that the violence you are seeing in the streets is going to increase leading up to November. We are seeing Black Lives Matter (BLM) mob thugs attack people just because they are white. . . . The riots and looting is going to get worse. . . . Let me say this, Black Lives Matter is not a civil rights movement at all. People need to understand that Black Lives Matter is directly connected to the Nation of Islam. Louis Farrakhan teaches that white people are devils and are inferior to black people and should be eliminated as should the Jews. Both of Black Lives’ leaders have come out and said we are Marxists, and we train our people in Marxism. . . . Black Lives Matter is essentially a terrorist organization, and yet these mayors and governors are leaving them alone. Not only that, but large companies like Coca-Cola are contributing millions of dollars to Black Lives Matter. It is an organization of anarchy bent on overturning our constitutional system and attacks churches, Christians and Jews. . . . This is serious, and it’s going to get worse. Black Lives Matter is going to increase its attacks on white Americans, Jewish Americans, and these companies need to stop supporting that.” →

Former CIA Officer and counter-terrorism expert Kevin Shipp says the riots, looting and arson you are seeing around the country has little to do with so-called social justice and everything to do with the takeover of America by dark powers.  Kevin Shipp explains, “We have to understand the roots of these organizations, and Antifa is a Marxist organization.  Black Lives Matter was founded by two Marxists.  Black Lives Matter is connected to the Nation of Islam.  So, these two organizations are essentially anti-traditional America.  There is no question about it.  This is a Marxist movement.  What is Marxism?  That’s communism, and that is the same thing and essentially the foundation of progressivism.  We are seeing a last gasp from the extreme Left to stop Donald Trump.  The soft coup failed.  The false impeachment failed.  Blaming Covid 19 on Trump failed, and now they are doing one last gasp.  This is a group of Marxists trying to stop Trump and his movement from being elected.” →

Former CIA Officer and counter-terrorism expert Kevin Shipp says America is facing big internal and external foes. One of the biggest external enemies is China, who has taken a huge economic hit over the virus it released globally. Shipp contends, “Trump is finally confronting them (China) with tariffs, so they are hurting there. They are heading for a recession. Huawei is no longer going to be in the United States. → 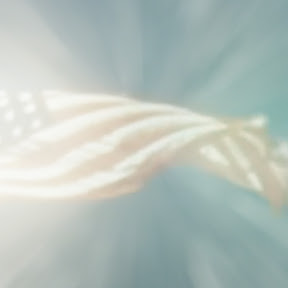 Source: (Out of Shadows)

The Out Of The Shadows documentary lifts the mask on how the mainstream media & Hollywood manipulate & control the masses by spreading propaganda throughout their content. Our goal is to wake up the general public by shedding light on how we all have been lied to & brainwashed by a hidden enemy with a sinister agenda.

This project is the result of two years of blood, sweat, and tears by a team of woke professionals. It’s been independently produced and funded and is available on many different platforms for free for anyone to watch.

Patriots made this documentary with the sole purpose of getting the truth out there. If you like the documentary, please share this video.

You can support our team and future projects making a donation at outofshadows.org

Read more & video: “Kevin Shipp – We Are Headed for the Financial Rapids” (30:47) via  — Greg Hunter’s USAWatchdog

Former CIA Officer and whistleblower Kevin Shipp says from the Russia collusion delusion to the sham impeachment, it’s all really just one big Deep State coup. At the center of the coup is billionaire George Soros, who hates American sovereignty and “America First” President Donald Trump. Shipp explains, “Soros has been funding attempts to overturn a U.S. election and remove a President of the United States. →

Former CIA Officer and whistleblower Kevin Shipp says the so-called “Hammer” (Hamr) surveillance system invented by Dennis Montgomery is a proven hoax. Shipp says new data shows the Hammer (HAMR) hoax is an intensifying psyop. Shipp says, “It’s fake. It’s a false story, and yet, it is being pushed all the way to the top (of Google search) that is now claiming it was part of the surveillance on President Trump, and that is pretty serious because it is getting up to that level. . . . We’ve proven that Dennis Montgomery is a documented fraud and con man . . . and after all of that, this story keeps morphing and they keep pushing it up. Somehow it has gotten to number two in a Google search.” →

Former CIA Officer and whistleblower Kevin Shipp says the so-called whistleblower the Democrats are using to try to impeach President Trump is part of another Deep State hoax. Shipp says, “This is not a whistleblower. Let’s just start with that. This is a leaker. This person did not have anything to blow the whistle on. Everything written in this document is written not by this leaker, but by attorneys, and it is hearsay. There is no evidence in it whatsoever. It is not a whistleblower complaint. He did not go through proper channels. He went directly to Congressman Adam Schiff, and people have got to understand this is another shadow government Deep State operation actually trying to remove the President. →