Members of the Saudi Royal family helped Orchestrate the attacks of 9/11 upon the United States, and they have now been ARRESTED.

The new purge that saw the mass arrests of royalty and billionaires saw dozens of elites placed under house arrest, including 38 cabinet members that were accused of being the architects of 9/11.

President Donald Trump is said to have had a significant influence on the recent purge, which saw the Clinton/Bush globalist era come to a sudden close.

Clinton allies and donors, along with 9/11 conspirators, have all been arrested signaling the end of the globalist influence on the world.

Many Americans have been aware of the role Saudi Arabia played in the 9/11 attacks; 5 of the 19 hijackers were Saudis.

In 2002, the bipartisan Joint Congressional Inquiry conducted an extensive investigation into the intelligence failures in the lead-up to 9/11. President George W. Bush sealed the section covering Saudi Arabia’s possible involvement, presumably to avoid damaging relations with one of America’s closest Middle Eastern allies.

Since then, the 28 pages have been locked in a basement room at the U.S. Capitol; lawmakers can read them, but are forbidden from revealing their exact contents. Spearheading the campaign to have them declassified is former Sen. Bob Graham, who co-chaired the inquiry. “The 28 pages primarily relate to who financed 9/11,” he said last year, “and they point a very strong finger at Saudi Arabia.”

But before Trump, weak leaders like Bush, Clinton, and Obama failed to stand up to the Saudis, thus selling out the American people.

Then the Massacre at Mandalay Bay in Las Vegas took place.  According to radar recordings from the nearby McCarren airport, at least seven helicopters appeared to have been used in that attack.  Three of them hovered over rooftops near to both Mandalay Bay and to the Country Music festival which was attacked.  The hovering was presumably done to drop-off shooters.

Regardless of whatever shots may have been coming from Mandalay Bay, video from Las Vegas clearly shows MUZZLE FLASH coming from mid-air, away from Manadalay Bay – which could only have come from a helicopter.

It turned out that certain Saudis owned the top five floors of the Mandalay Bay, and according to highly confidential information, members of the Saudi Royal Family were in Las Vegas the night of the attack.  Perhaps even the King of Saudi Arabia himself!

This has lead certain investigators to conclude the “worst mass shooting in US history” was actually an ATTEMPTED ASSASSINATION of certain Saudi Royalty.  The hit was financed by certain members of the Saudi government.  The people killed at the concert . . . . were a DIVERSION from the real target: The Saudi royalty in Vegas that night.

President Trump dispatched Jared Kushner to Saudi Arabia via commercial flight on an UNANNOUNCED trip.  My former colleagues in the FBI confirm Kushner brought with him, highly classified investigation materials showing who paid how much to whom in order to carry out or facilitate the attack, and telephone/email intercepts proving the Vegas massacre was a cover for an attempted “hit” against the Saudi Royals.

72 Hours after Kushner departed Saudi Arabia, “the purge” began, with round-ups of Royal Family members, current and former Ministers and others.

Apparently, many of those arrested – BUT NOT ALL – have been financing/using terrorism for years to implement THEIR goals worldwide.  Most of them were wrapped-up in one fell swoop when the Crown Prince had so many arrested. The cabal is out of business.  Their compatriots in the AMERICAN federal government, are next.

The last 16 years have seen the Saudi regime continually block information that could lead to a full investigation of 9/11, leading implications for the wealthy orchestrators.

Over the last month numerous independent researchers have put together a startling amount of evidence that there were multiple shooters during the horrific Las Vegas Massacre, many of them pointing to the plethora of eyewitness reports that confirm this stunning fact. Amazingly, eyewitnesses have not only reported the existence of multiple shooters near the Route…Read more & video

via Video Proof: There Were At Least 7 Different Shooters During The Las Vegas Massacre — The Daily Sheeple

Something Very Big is Coming, Part II: Is Wikileaks About to Drop the Nuke?Are we on the verge of stunning, public announcements that will change everything we thought we knew? In 2009, we began providing direct insider leaks from “The Alliance”. Everything they told us is now coming true.The 4Chan insider from our last article is…Read more 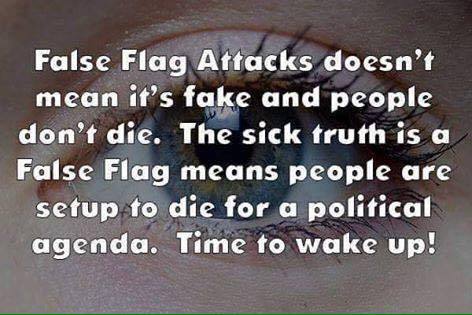 28-year-old Kymberley Schnomel, who survived the mass shooting at the Route 91 Harvest Festival in Las Vegas, died suddenly after giving statement exposing multiple shooters. The Apple Valley resident made a public statement describing the Las Vegas attack and how they were carried out by multiple shooters firing weapons into the crowd. Her statement confirmed…Read more

In a move that is only furthering the now widespread belief that a cover-up is currently underway in Las Vegas, two conservative reporters who have broken multiple key stories about the strange and ever changing circumstances surrounding the horrific mass shooting were banned from attending the latest police press conference. Laura Loomer and Mike Tokes were both…Read more & video

As independent investigations into the largest mass shooting in American history continue to expose the lies and disinformation being fed to the American people by the FBI, and then pushed by a compliant mainstream media, new information is being released daily with the latest bombshell sure to fuel conspiracy theories about the attack once more.…Read more

via Shock: FBI Deletes All Videos And Messages From Eyewitnesses Of Las Vegas Mass Shooting As Monster Cover-Up Continues — The Daily Sheeple 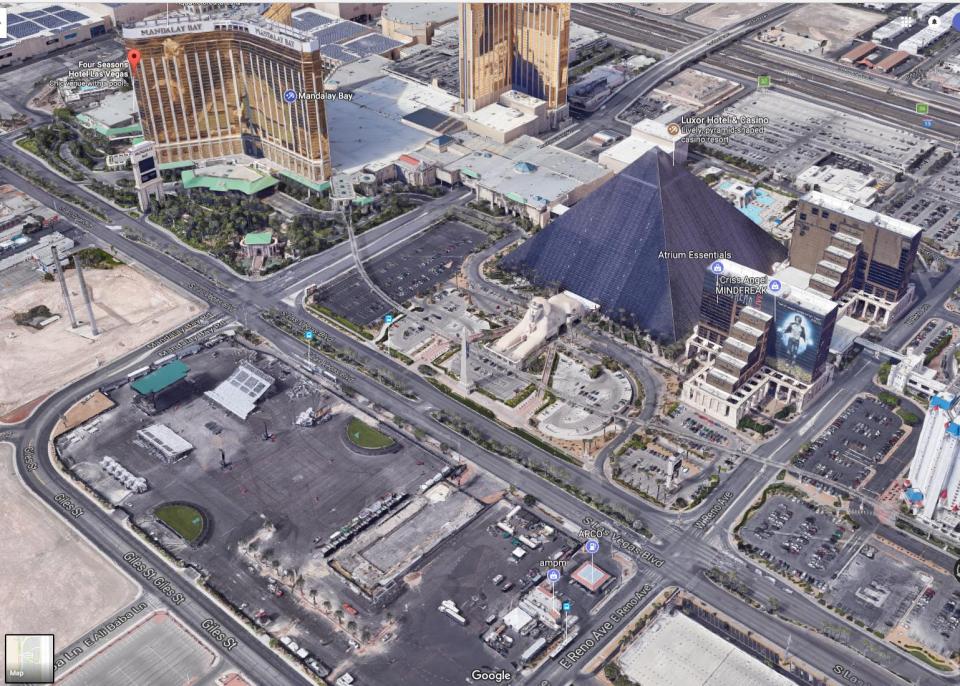 The Vegas mass shooting may well be the most horribly botched “inside job” in modern history. Millions of newly-awakened people are getting their first chance to see a JFK, 9/11-style cover-up unfolding in real time.

A meta-analysis of the independent “citizen journalism” on this critical subject reveals that many key elements are missing, despite the unprecedented, massive number of contributors to the narrative.

A variety of insider reports suggest we are finally closing in on a civilization-defining moment of truth-telling and disclosure that could dramatically improve life on earth as we know it.

Our goal in sharing this with you is to shed light on this tragedy, expose the perpetrators and spread the information far and wide.

You are encouraged to make videos, write articles, borrow ideas (with credit), and contribute to the narrative in whatever way you can.

The best way we can honor the victims of this shocking tragedy is to make a strong push for the full truth to be exposed.

This is not 1963, nor 2001. The mainstream media has become a joke. If “they” won’t give us an honest version of the story, we need to write it ourselves.

OUR THESIS IS NOTHING NEW

Let’s say there was more than one shooter. Let’s say a monstrous cover-up is being perpetrated by the American corporate media.

Would that really surprise you? At this point in our history?

Before we discuss our view of this shocking catastrophe, let’s be clear that our suggestions will not be sudden, arbitrary “conspiracy theories.”

This tragic event, once properly understood and explained, can be seen as a direct continuation of what we have already exposed within our existing body of work for many years now.

All of the puzzle pieces have been meticulously laid out in numerous articles, books, YouTube videos, public lectures and episodes of Wisdom Teachings, my weekly TV show on Gaia.

Perhaps the single most important reference source is our free book Financial Tyranny, now with well over 2.4 million unique views at the time of this writing.

Julian Assange noted that the FBI’s business model is to stage terror plots so they can swoop in and save the day by foiling the plot they created…..Read more & video

via Assange Warns About Vegas Shooting: ‘Almost All Terror Plots are Created by the FBI’ — The Free Thought Project