by Cory Morningstar
Off Guardian

It seems like only yesterday that a massive campaign against single-use plastic straws was trending. The much forgotten anti-straw trend was based on astronomical numbers; a suggested 500 million straws used each day in the US alone, with more than half a billion plastic straws being consumed and discarded, every day around the entire globe.

Read more & video(40:48): “The impact of the pandemic from a psychological point of view – Prof. Franz Ruppert ACU2020”: Face Masks: A Danger to Our Planet, Our Children & Ourselves — Health Impact News

Chlorpyrifos insecticides were introduced by Dow Chemical in 1965 and have been used widely in agricultural settings. Commonly known as the active ingredient in the brand names Dursban and Lorsban, chlorpyrifos is an organophosphate insecticide, acaricide and miticide used primarily to control foliage and soil-borne insect pests on a variety of food and feed crops. Products come in liquid form as well as granules, powders and water-soluble packets, and may be applied by either ground or aerial equipment.

(NaturalHealth365) Air pollution is a growing health threat, especially in urban areas.  In fact, the World Health Organization states that there are ‘4.2 million deaths – every year – as a result of outdoor air pollution.’  But, most people don’t hear about how micronutrients can help minimize health risks.

Geoengineering, also known as climate engineering, is a controversial subject. Though many people dismiss it as nothing more than a conspiracy theory, there are many others who vehemently insist that governmental and other organizations are actively involved in attempts to manipulate the weather.

Read more via Geoengineering Releases High Concentrations of TOXIC Aluminum into the Air, Causing an Increase in Neurodegenerative Diseases — Humans Are Free

In 2018, a headline for an article in The Economist succinctly captured the paradox that is the global cancer industry: “Cancer is a Curse, but Also a Growth Market for Investors.” Cancer’s definitely a curse, that’s for sure, but cancer drugs, with chemotherapy drugs taking up the lion’s share, are on pace to become a $200 billion industry in the next few years, up from $100 billion in 2015.

This is serious growth, and forecasts see global cancer rates exploding in coming years. An investor’s dream, but the reality of cancer treatment is that patients are often unaware of the mortal risks of cancer drugs, especially chemotherapy. In 2017, we reported on a study from the Albert Einstein College of Medicine of Yeshiva University in New York, indicating that chemotherapy often causes cancer to become more aggressive, and can cause tumors to spread…Read more & video: “Alternative Cancer Cures Exist and Have Been Suppressed – Kimberly Carter Gamble” (1:34)

via Study Reveals Many Cancer Patients are Killed by Chemotherapy, Not Cancer — Waking Times 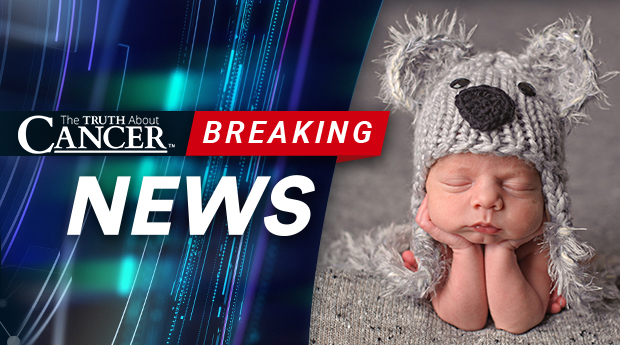 Health and wellness giant Johnson & Johnson knew that their products caused cancer and chose to keep that information secret while manipulating research and regulations to protect the company. Executives allowed consumers to become ill and die, even going so far as to lie in court, in order to protect the company’s reputation and bottom…Read more

via Johnson & Johnson Lied, Allowed Consumers to Die… — The Truth About Cancer

December 4th, 2018 By Sayer Ji Contributing writer for Wake Up World Cannabis contains a compound that may kill brain cancers that chemotherapy and radiation can’t touch, so why isn’t it being used today? In recent years, we’ve focused heavily on educating our readers about the still relatively unknown role that cancer stem cells play in cancer, both in…..Read more & Video: “The Power of RAW cannabis”

via If Cannabis Can Kill “Incurable” Brain Cancer, Why Is It Criminalized? — Wake Up World

Many foods, herbs, and other plants have proven remarkably effective at killing cancer cells in the lab. Perhaps the best known example is cannabis, whose active constituents, cannabinoids, have been shown to annihilate cancers of all different kinds. The trouble has been understanding the various strains and quality of cannabis and how it interacts with each person…Read more