What Happened: A study published in 2017 in the Journal of Clinical Microbiology found that “During the measles outbreak in California in 2015, a large number of suspected cases occurred in recent vaccinees. Of the 194 measles sequences obtained in the United States in 2015, 73 were identified as vaccine sequences…” The authors developed a test that can identify measles vaccine strains rapidly in order to do this. 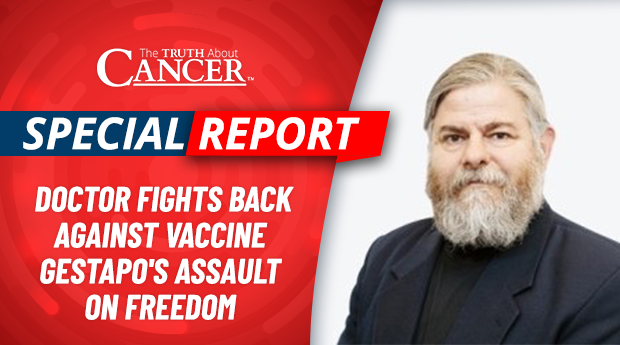 Many holistic doctors today believe that the body’s natural immune defenses are being compromised due to an increasing focus on vaccinations to protect people from infectious disease. Meanwhile, government bodies, pharmaceutical companies, and hospitals alike often mandate the flu shot and other vaccines for their employees. Not to mention that the general public is constantly bombarded with messages that a public health crisis will occur if vaccines are not utilized. Read more

via Vaccine Dangers: Is the Aluminum in Vaccines Worth the… — The Truth About Cancer

One of the fundamental errors in thinking about measles vaccine effectiveness is that receipt of measles-mumps-rubella (MMR) vaccine equates to bona fide immunity against measles virus. Indeed, it is commonly claimed by health organizations like the CDC that receiving two doses of the MMR vaccine is “97 percent effective in preventing measles,” despite a voluminous body of contradictory evidence…..Read more

This article is copyrighted by GreenMedInfo LLC, 2018Visit our Re-post guidelines Almost overnight, measles went from being characterized as a natural rite of passage necessary for strengthening immunity to a deadly infection against which we have only one hope against complete destruction: 100% vaccine uptake. The truth is that measles and other childhood infections may……Read more

via The Unreported Health Benefits of Measles — GreenMedInfo

(Natural News) When you have a product to sell, you need to strike the right balance between supply and demand. The basic laws of economics state that when you have a supply of products that you’d like to move, one way to sell them is to create a demand for them. If you’re selling scarves,…Read more

via Disease outbreaks are often staged to generate funding for Big Pharma — NaturalNews.com