What Must Happen to Bring About the Event/Solar Flash ∞The 9D Arcturian Council, Channeled by Daniel Scranton

We have been feeling the excitement that humanity feels for all of you to get back to a sense of normalcy on your world. You have moved past frustration, anger, fear, sadness, anxiety, and a host of other emotional states to get to this place where you can actually fathom co-creating a new Earth with a new society. You are ready for something new and something different, however, not just going back to the way things were on your world.

Read more: What Must Happen to Bring About the Event/Solar Flash ∞The 9D Arcturian Council — Daniel Scranton’s Channeling

We are very capable of sensing when there is something simmering just beneath the surface of the human collective consciousness, and we are getting that feeling right now, as we observe you. We are noticing a movement towards all of you gaining quite a bit of clarity about who you want to be, how you want to live your lives, and about your sovereignty. Humankind has been looking for the perfect opportunity to free yourselves from the bondage of depending so much on your governments, your leaders, your captains of industry. →

My dear candles of light, opals of divine moonlight,

I bring you good news today. The light no longer comes from your tiny candlesburning alone in the dark. It is time for the sunshine to illuminate completely your skies and your lives.

We are in and of a new time; a time of rapid transformation that will make all that went before feel as if it was like trudging up a mountain barefoot. As indeed it was.

This is the new age, the Golden Age that you have been awaiting. It is the time for the golden divine light, and the spinning dancing Merkabah, to unleash the quantum power they posses to create rapid transformation.

It will be rapid. Hold on dearest hearts, my legions of love, for what is about to occur over the next 2-3 months is going to take your breath away. You will never have imagined that so much change could occur so quickly, that the batting of an eye would bring so much transformation…..Read more

You have been walking with your ghosts for quite some time, dear child.  It is time to take a deep breath, thank and release them with love.  As you move forward into the new society being established now; truth, honesty and integrity will be your guides.  It may be uncomfortable at first but, it is time to step off the well-beaten path into something new and extraordinary.  The courage and  strength has always been there and it will come to your aid now.  Allow the changes…you are worth it! ~ Creator 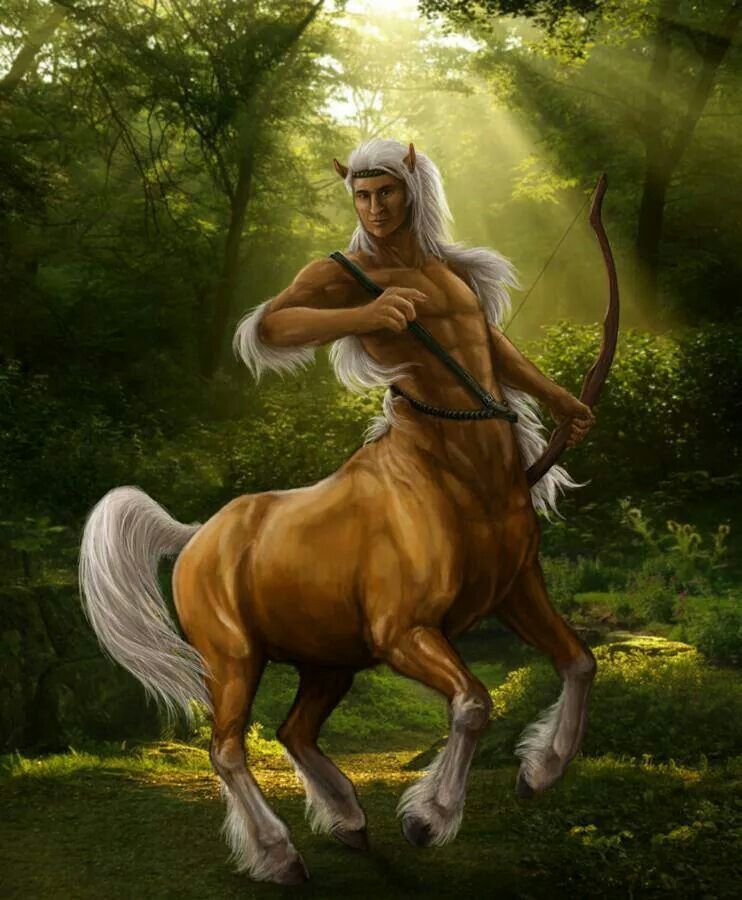 Greetings Humanity! Rise up and be counted, for we are the Centaurs, appearing here now at this precipice of ascension to offer our assistance to you in this Now of great fervor and activity. Nothing is truly quiet. All is active behind the scenes as many, many brave ones prepare and project and redirect and work endlessly for the great unfoldment and upliftment of you!

We are warriors. You are warriors. It is time for you to remember this. You have come from many systems, star clusters, galaxies, space times and continuums to be here in this Now. Do not be found asleep or wanting. Be fully present here in this Now moment of collective and planetary ascension. For this is why you came! Own it. You all have many marvelous plans for bettering your societies. Keep your heart your center. For battles without heart are soon lost. Do not lose your own in the midst of it.

There will be turmoil, yes, but also great peace to those who can find the stillness within and connect deeply with the All that is. We Centaurs have been a most patient race but when provoked into great action there must be a great need and currently Humanity has called out to the omniverse for support and here we all are in massive and enthralled support of you and your achievements.

We warn you do not become complacent with wealth or with time. For you never truly know how much you have of either. It is a great deception. Do not fall into it. You only have this moment and the person beside you to love. Be that love. Stretch it. Grow it from your heart to encompass all within your vicinity and make your energetic stamp on this glorious world!

It is happening. Can you feel the momentum of incredible influx of light, from the great central sun that rocks your cells through and through so that they vibrate all together with a different frequency from fear to love? Allow it! Enjoy it! Bask in it! Breathe it in. And be the change. Be the light! Embody these glorious light encodements and remember your joy! Be the joy and more and more will immediately be attracted to you so that suddenly your life is so full of light and joy and others who are joy filled that you will be astonished and delighted at your own metamorphosis of yourself and your life and your community. This is how change happens; when you embody it, you become it. There is no more time left for indecision. You have been warned / alerted.

We Centaurs are really quite a peaceful race. We are very strong in protecting our families and communities, and mark our words we will defend it with every breath if needed. But this doesn’t mean that we are always warring – not at all! Only unenlightened – perhaps developing – societies behave in this way. Nor does it mean that we are weak when we choose peace. Not at all! For societies at peace are strongest, for they are a cohesive force for creation and growth and nurturing of the young and the aged. Peace begets joy, and joy begets harmony and harmony creates numerous opportunities for growth of both a personal and collective nature.

It is time that Humanity discovers these truths at a heart level. It is time for true inner peace of the heart to be expressed outwardly. It is time for the minions’ reckonings. It is time for the leaders both current and future to stand tall and brightly shine their love light for all to see. Do not hide your talents and strengths; the world needs them. And you need each other. We see flickers of understandings as you read these words. These truths will be foundational if you allow.

You will have assistance but you must do it. You did not invite us here to do it for you, but to watch you create it – your new world, your new society where children are safe and not exploited! Where men and women are treated with great equality and respect – reverence – for each other and function in perfect harmony. Where communities band together and support and create loving community environments where every one has just exactly what they need. Where there is time and great joy and appreciation for the arts. Do you see how much there is to create and how much fun this will be?

Now that we have given you a pep talk, know that cultivating peace within will absolutely manifest outwardly. Send your inner demons to the light for rendering and be free. Be at peace. Be healed. Of course we are happily here to assist you. Our home world is not too far away. We offer healing energy from our planet to yours. We are sending you a delicate pink flower with a crystal center. Utilize it within your field whenever you wish for balance and ease in this time if great transition.

That is all. We are the Centaurs and it has been our pleasure to connect. It has been a long time.

Joy and salutations from the Galactic Federation and Ascended Masters! We come after this wonderful holiday season that kick-started the final stages of the cabal’s demise. Although for many decades they have been referred to as the “powers that be”,…Read more

via The Galactic Federation of Light via Sheldan Nidle, January 2nd, 2017 — Sananda

The world’s first floating nation is set to appear in the Pacific Ocean off the island of Tahiti in 2020.

A handful of hotels, homes, offices, restaurants and more will be built in the next few years by the nonprofit Seasteading Institute, which hopes to ‘liberate humanity from politicians’.

The radical plans, bankrolled by PayPal founder Peter Thiel, could see the creation of an independent nation that will float in international waters and operate within its own laws.

In a new interview, Joe Quirk, president of the Seasteading Institute, said he wants to see ‘thousands’ of rogue floating cities by 2050, each of them ‘offering different ways of governance’.

‘They’re stuck in previous centuries. That’s because land incentives a violent monopoly to control it.’

The first island is being funded by a coin offering, a new concept gaining popularity in Silicon Valley in which money is ‘crowd sourced’ by creating and selling a virtual currency.

The non-profit hopes to raise around $60 million by 2020 to build a dozen buildings.

The structures will feature ‘green roofs’ covered with vegetation and construction will  use local bamboo, coconut fibre, wood and recycled metal and plastic.

First revealed in January, the plans have been approved by the French Polynesian government, which is now creating a special economic zone so the floating nation can operate under its own trade laws.

The tiny nation, a collection of 118 islands in the southern Pacific with a population just over 200,000, has granted the Seasteading Institute 100 acres of beachfront to operate from.

French Polynesia is interested in the project as the area is at risk from rising sea levels.

It may seem like an ambitious plan, but the group believes semi-independent cities would be the perfect place to try new modes of government and agricultural methods.

Mr Quirk and his team have now started a new company, Blue Frontiers, which will build and operate the floating islands in French Polynesia.

He said he was inspired to build a floating city, known as seasteading, when he went to the US festival Burning Man 2011.

The enormous event, which attracts 70,000 people every year, could provide a model for a new society where ‘rules don’t observe their usual parameters’, he said.

‘If you could have a floating city, it would essentially be a start-up country,’ Mr Quirk said.

Our Vision: Beautiful and holistic changes are occurring everywhere on Earth! All people are invited to Participate as a New Society is being born into the Light of Truth. A massive surge of positive feelings is powering a deep shift worldwide. Optimism and joy are creating peace in everyone as they are filled with an instinctive knowing of truth and humanity’s potential for loving change.

The unfolding of love and truth has been written about and spoken of by the great prophets, sages and mystics of all cultures for thousands of years, it is THE EVENT.
when humanity is lifted above the darkness and fear that has so engulfed us. Now is the time prophesied, the Victory of the Light!